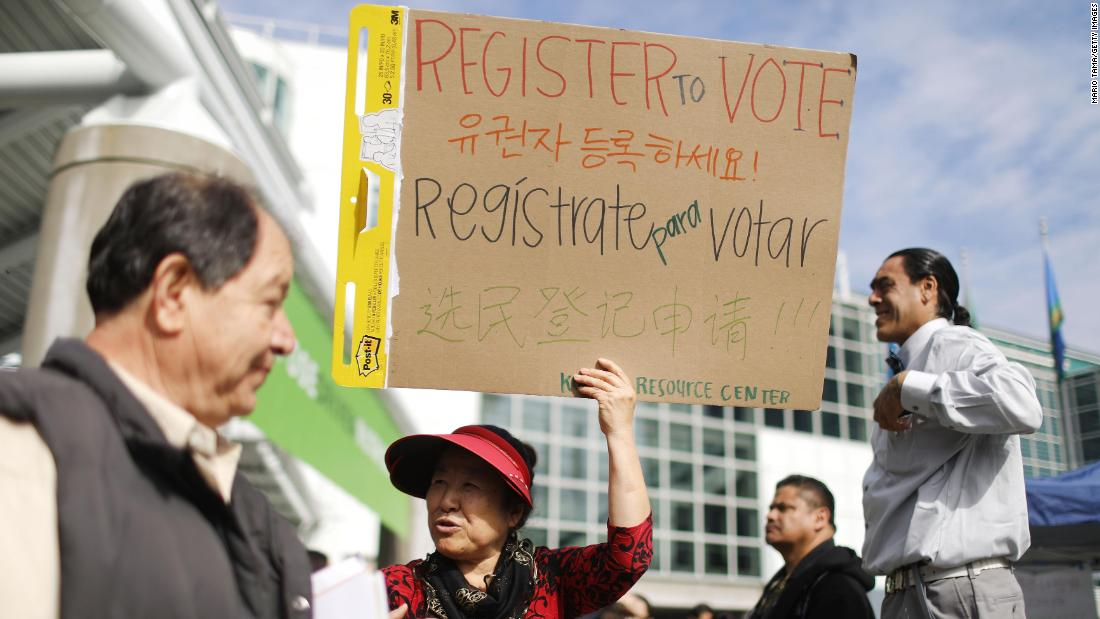 (CNN) – There is little doubt that immigration will be an issue that many voters are weighing while heading to the polls in November.

A new report highlights an interesting fact to keep in mind as the 2020 presidential election is coming: a record number of immigrants are eligible to vote.

The report, published Wednesday by the Pew Research Center, notes that the size of the immigrant electorate has almost doubled since 2000. More than 23 million naturalized immigrants in the United States are eligible to vote, according to the report. That is about 1 in 10 eligible voters in the country, a record high.

The term “eligible voters,” says Pew, refers to people over 18 who are U.S. citizens. The center’s analysis is based on data from the US Community Survey of the US Census Bureau. and the US 10-year census of 2000.

This growth in the population of immigrant voters comes at a time when immigration policy issues have increased in importance, says Pew’s report.

“Many of the policy changes proposed by the administration, such as expanding the border wall between Mexico and the United States and limiting legal immigration, have generated strong and polarized reactions from the public,” says Pew. “These proposals can also affect the way immigrants see their place in the United States and the potential role they could play in the 2020 presidential elections.”

A key point to consider: being eligible to vote is one thing, but actually registering and presenting at the polls is another.

But within racial and ethnic groups with the largest number of immigrants, the trend is different, says the report.

“Immigrant voter participation rates have been behind Americans in general,” says Pew, “but not among Latinos and Asians.”

Other relevant findings in the report: