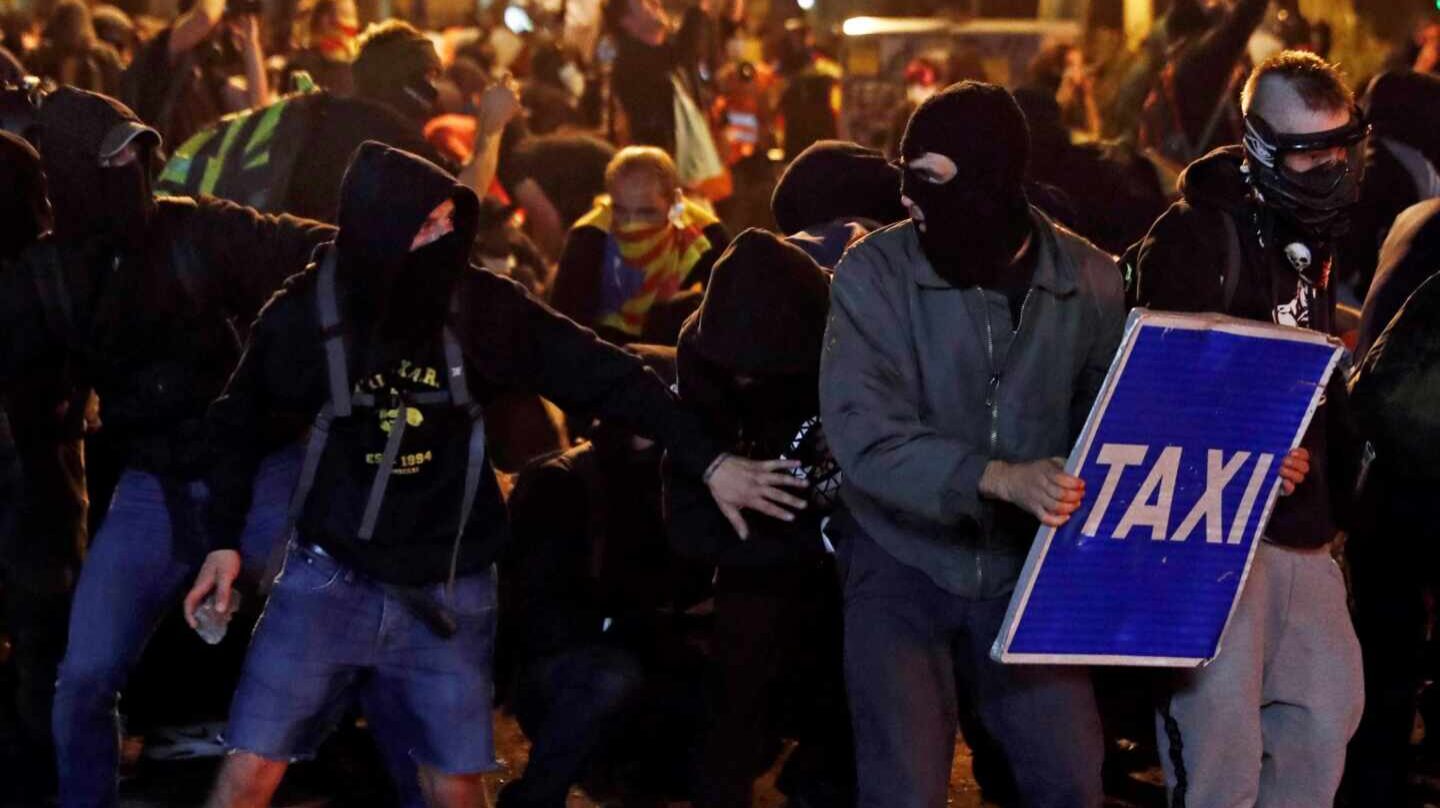 The 13 percent of the 194 detainees give the serious disturbances that are being registered in Catalonia since Monday was known the sentence of "procés" is of foreign nationality and 16 percent of those arrested are minors.

Sources of the monitoring committee of the situation in Catalonia have told Efe that of the 194 detainees (154 have been by the Mossos, 32 of the National Police and 8 the Urban Guard), 87 percent are of Spanish nationality and 13 percent foreign.

In addition, of the total 22 arrested are women and 16 percent minors comp ared to 84 percent of adults. So far, 24 detainees have entered prison, eight of them this Sunday after decreeing it the judicial authority.

500 radicals are behind violent altercations in Catalonia

Experts and police sources consulted by Efe last Friday warned that around 500 radicals are behind the violent altercations that these days ravage the streets of Catalonia, especially Barcelona.

In that nucleus there is the presence of extremists from other countries, which uses urban guerrilla tactics and uses the «procés» sentence as an excuse.

These same sources ensure that leaders of the ultra-left and European anarchism groups are actively participating in the serious riots of recent days, with "extensive experience" in violent altercations in recent years in Greece, France, Germany or Italy. These experts say that many of them are not even independentists and not all are Catalan, but they are joined by «the cult of violence and urban chaos.