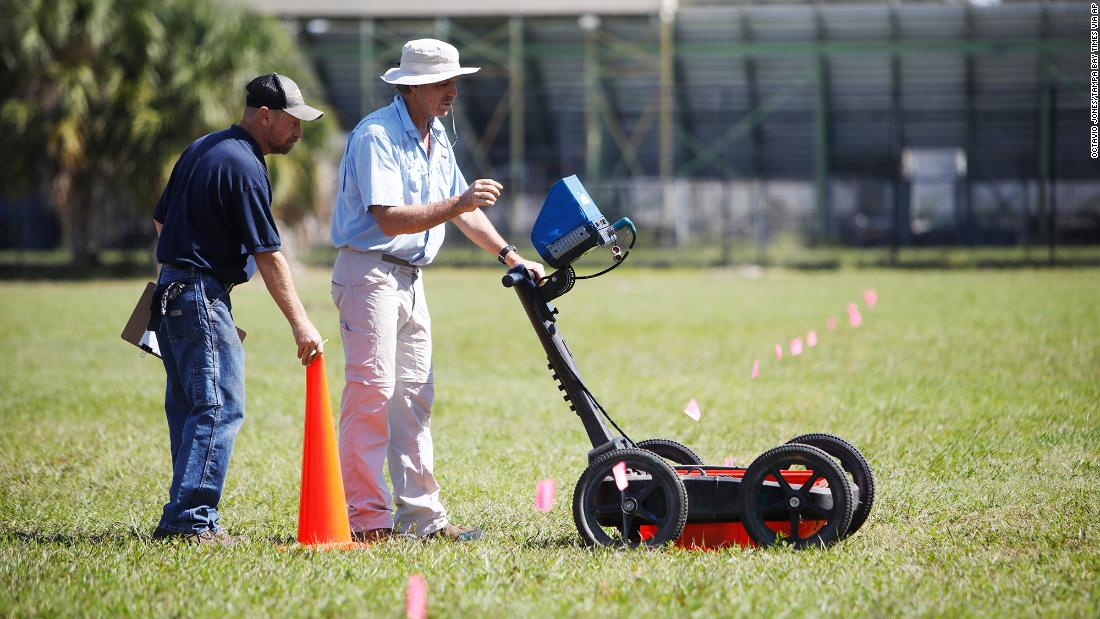 (CNN) – About 145 coffins believed to be part of a homeless cemetery in the mid-20th century were found buried under a high school in Tampa, Florida, authorities said.

School officials believe the coffins are part of the Ridgewood Cemetery, a historic burial place for poor people in the early 1940s that was owned by the city, according to the Florida Genealogical Society. King High School opened in 1960, according to the school's website.

Tanya Arja, a spokeswoman for the school district, said authorities began investigating last month after a person told a member of the school board about the possible location of the cemetery.

For almost two weeks, technicians hired by the district used a penetration radar to confirm the location of the coffins. The coffins are buried at 1 or 1.5 meters deep on approximately 4,000 square meters (one acre) of open land, and near a small building used by the school's agricultural program, the district said.

"The radar, by itself, cannot say exactly what is below the surface," the district said in a statement. "However, the pattern of the findings matches the historical records of a one-acre cemetery on the site."

Records indicate that the site could contain the remains of more than 250 people, almost all of them African-American, the school district said.

The area has been fenced since last month and will remain so for now. The Hillsborough County coroner and state archaeologists are expected to review the district's findings within the next 30 days. The agencies will decide if they will take possession of the land or return it to the school district, authorities said.

It is not the first time that a forgotten burial place has been discovered in the city. In September, residents of an apartment complex in Tampa were forced to move after learning that they had been living at the Zion Cemetery site, probably the first African-American cemetery in the city, said CNF affiliate WFTS.

Since then, the Tampa Housing Authority has been working to relocate almost 100 residents of Robles Park Village.

When asked about the two burial sites on Wednesday, Ashley Bauman, a spokeswoman for the city of Tampa, referred all questions to the school district.

MIRA: Tampa registered a 200% growth since the real estate crisis of 2008

Yvette Lewis, president of the NAACP Hillsborough branch, told WFLA, a CNN affiliate, that she was sad to learn that another site had been discovered.

"I am sick of this. This hurts. Deeply. May we be discarded and no one tells our story. No one tells the story of these people, ”said Lewis.