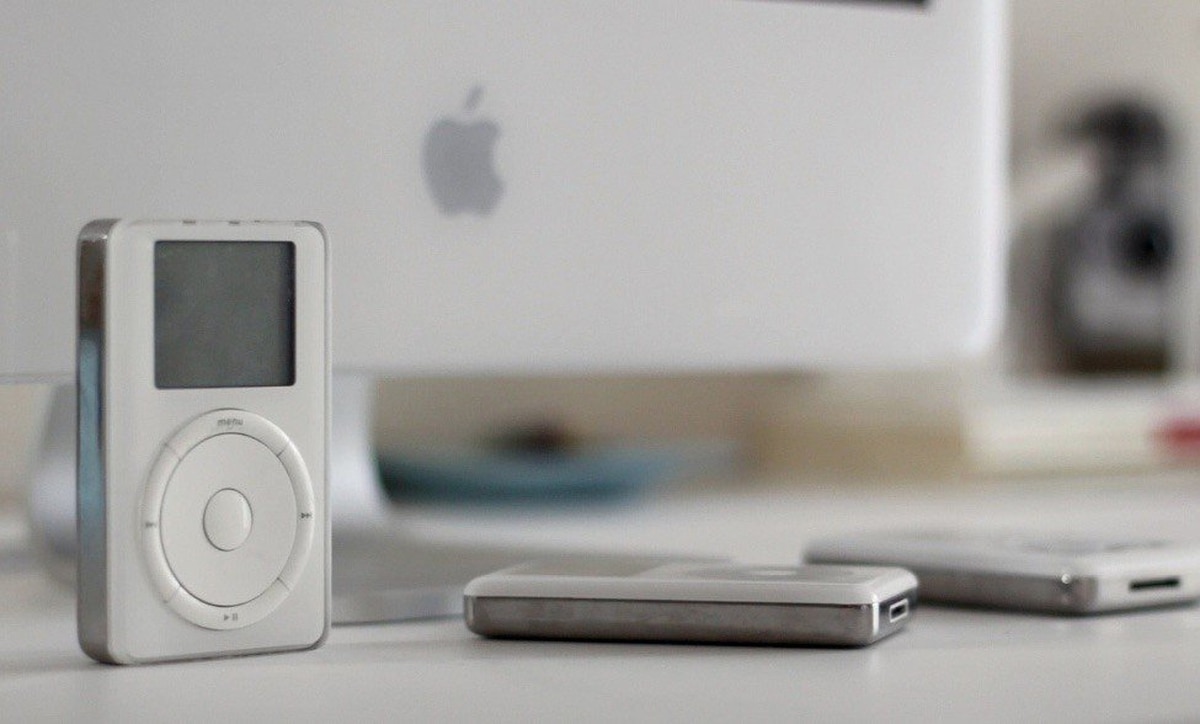 18 years ago, Steve Jobs introduced Apple's first iPod, a device that would revolutionize the music industry. It was an MP3 player, whose main attractions were the ability to compact up to 1,000 songs with the same quality of a compact disc, but the element that captured the reflectors was its design, which was based on a differentiating idea: to be a portable gadget with which you could take music everywhere.

“With iPod, Apple has invented a new category of digital music players that allows you to put your entire music collection in your pocket so you can listen wherever you go. With iPod, the experience of listening to music will never be the same ”, were the prophetic words of Steve Jobs at the time of his presentation.

The most representative features of this device were its storage capacities, as a 5 GB version and a 10 GB version were marketed. But the highlight of its design was the fact that it added a wheel with which it was possible to scroll through the menus and that would be replicated in the vast majority of devices in this family.

Afterwards, the most important redesign that was presented in the iPod Classic category was up to the third generation of the players, because in addition to the increased memory, whose maximum capacity reached 40 GB, it also implemented a touch interface with the which was possible to move through the menus with less effort.

In the fifth generation of the iPod Classic, which was launched in 2005, there was another relevant redesign, because at that time the dimensions of the device were thinned, the screen size increased and even videos could be played. However, this version had its best exponent two years later, with the sixth generation, which had a much wider screen and in which longer videos could be played.

The idea of ​​portability at its best: iPod Shuffle

The first version of the iPod Shuffle was launched in January 2005 and with it the concept of the laptop was maximized, since it was a device without a screen, it only had the music and volume controllers. In addition, a clip was added with which it could be hung on clothes, so it was perfect to combine with periods of physical activity. Its latest version was released in September 2010.

In 2004, the iPod mini was launched, which had a capacity of 4 GB. In this case, the evolutions were not significant, since it only had a second generation; However, it was essential for Apple to bring up the iPod Nano in 2005, which has become one of the most representative devices of the brand and whose first version was sold in capacities of 1, 2, or 4 GB. In addition to music, he had the ability to support photographs.

The most important changes happened for the third generation, which was published in 2007. On this occasion, the screen changed to a square shape, the back was chrome, had a completely new interface, added the ability to play videos and also had a much smaller wheel to move in the menus.

For the fourth generation, the iPod Nano returned to its elongated form, but received no major modifications. Those arrived for the next version, which was launched in 2009 and for the first time introduced FM radio tuner, speaker, pedometer, a noticeably larger screen, as well as a video camera.

The 2010 version was radically different, as a design like the iPod Shuffle was used, which eliminated functions such as video playback, speaker or cameras, but a touch screen was added. For 2012, the elongated version returned, but its shape already showed an inspiration on the iPhone, as it had a start button and the volume controls were on the sides.

The brotherhood with the iPhone: iPod Touch

For 2007, Apple launched a multi-touch music player that pushed the features that made iPod Classic famous and boosted it thanks to the tools it borrowed from the recent iPhone. From this, the iPod Touch became one of the most attractive devices for the public lover of the company of Cupertino, California.

It was the first iPod with WiFi. Within its interface, features such as the Safari browser were integrated by default and applications such as iTunes Store and YouTube were even accessed. Another aspect that was extremely relevant was the increase in capacity, as it reached 32 GB.

The outstanding differences came for the fourth generation, as it added a couple of cameras, a front, for Face Time calls, and a rear, which recorded in high definition. The jump in memory took place until the sixth generation, since it was a device with 128 GB, which also included a 64-bit A8 processor, which was the same as that of the iPhone 6 Plus.

After almost 18 years of the launch of the first iPod, in May of this year, Apple announced the launch of a new iPod Touch, whose main novelty will be the use of an A10 Fusion chip, with which it is committed to improve the experience of users as far as games are concerned, which can be used from the Apple Arcade platform.