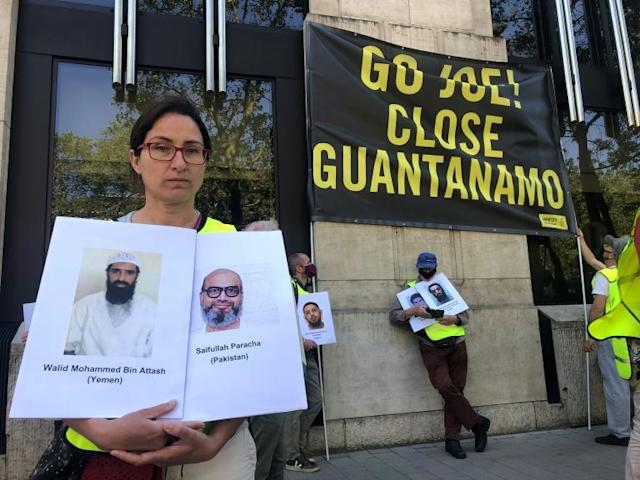 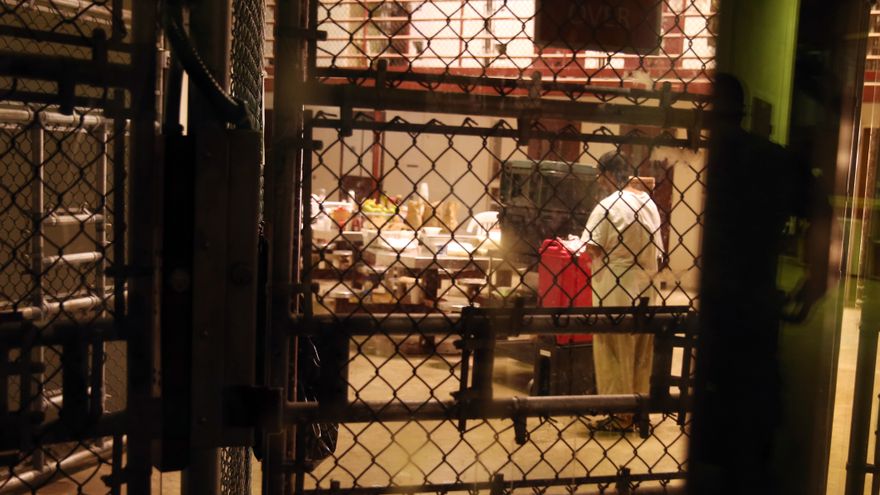 “Bush opened the Guantanamo prison, Obama promised to close it, Trump promised to keep it open and now Biden has the opportunity to close Guantanamo so that this prison is not forever linked to the identity of the United States.” Moazzam Begg, a former Guantánamo prisoner who has moderated an event sponsored by the Cage organization, for which he works, made this statement at the event in which six other former prisoners and lawyer and human rights expert Clive Sttaford-Smith participated.

This Tuesday marks 20 years since the arrival of the first prisoners to the jail located at the United States military base in Cuba. At the busiest time, in 2003, there were 680 prisoners. Today there are 39.

The virtual act held this Saturday, which has coincided with numerous demonstrations and marches in different countries to denounce that, twenty years after the arrival of the first prisoners, this US maximum security prison located in Cuba is still open, was followed by 900 people, among them, ex-soldiers from the prison.

“Our beards have turned gray, our faces have wrinkled, our children have grown older, too much time has passed,” lamented Begg, who spent three years in Guantánamo and was released without charge in 2005, along with other prisoners from British nationality. The men sued the British government for complicity in the alleged abuse and torture they suffered while in US custody. In 2010 the British Government announced that it had reached an out-of-court financial settlement with 16 detainees, including Begg. His experience has been reflected in the documentary Taxi to the Dark Side (2007).

Clive Sttaford-Smith believes that the battle to call for the closure of Guantanamo is fought in the media and not in the courts. “It is necessary to highlight the most surreal, shameful and grotesque situations in Guantánamo, since over the years we have experienced absurd situations that can be remembered with humor,” he said.

In fact, during the act he wanted to remember two. The first, the impression that he had had to see Moazzam Begg in his cell for the first time. This prisoner, who was born in Birmingham (England), was tied up with Hiatt & Company brand handcuffs. Sttaford-Smith was struck by the fact that the label “made in the UK” appeared next to the brand and decided to investigate. He discovered that the Hiatt factory had its premises in Birmingham.

“You were thousands of kilometers from your home, but tied up with handcuffs from your city,” the lawyer pointed out ironically: “But that was not all. Later we discovered that this factory was founded in the 18th century and at the beginning it manufactured handcuffs to tie up slaves who were taken by ship to the United States ”. This juicy story ended up being an article from the British newspaper The Guardian since, over the last twenty years, this British lawyer has been clear that “shaming them for all that absurdity is the best way to make progress.”

“Guantánamo gave me the necessary time to reflect, learn, since I had nothing else to do, I think it is an experience that has made me a better person and a better Muslim,” says Omar Khadr, a Canadian national, the youngest prisoner in Guantanamo. He was captured on the battlefield in Afghanistan at the age of 15. For this reason, he is popularly known as “the child soldier.” The Canadian documentary Guantanamo´s Child

(The Boy from Guantánamo) is based on the nine years he spent in the maximum security prison. He currently lives in the Canadian city of Edmonton.

Ahmed Errachidi recalled some of his good experiences with the guards who were guarding him, who used to secretly bring him food. Known by the nickname “the general,” the Moroccan spent five years in the Guantánamo prison. In 2013, he published the memoirs “The General: The Ordinary Man who Challenged Guantanamo“(The general, the common man who questioned Guantánamo).

For his part, Mohamedou Ould Salahi, a Mauritanian engineer who was imprisoned in Guantánamo for 14 years, and whom the soldiers gave the nickname of “pillow,” has called for the closure of Guantánamo “because the citizens of the United States deserve that their institutions respect the rule of law ”. Their experiences are reflected in the film The Mauritanian and in the documentary of The Guardian My Brother’s Keeper.

“I have American friends and they are very good people,” he said. One of his American friends, Steve Woods, the guard who guarded his cell for a year, was following the event from Oregon. He was not the only soldier who was connected to the event organized by Cage. Albert Melise, a former guard who guarded Moazzam Begg and Ahmed Errachidi, was also connected and, in fact, participated in the chat. The former soldier was accused by the United States Army of leaking classified information to the media after reporting torture in the prison. Moazzam Begg, whom he calls Mo, taught him to play chess. And he, for his part, lent Errachidi his MP3 player so that he could listen to music.

“When I returned to Mauritania I was obsessed with having a television, so I bought two,” Salahi explained: “A few days later my niece came to visit me and said ‘Now we no longer watch TV, we all have smartphones.’ I didn’t even know what he was talking about. When he showed me his mobile phone connected to the Internet, I was amazed because I am an electronic engineer and I immediately realized the potential… I started looking for other ex-prisoners and friends from Guantánamo on the web ”. During his captivity, Salahi watched movies with the guards, who also smuggled cakes and coffee to him.

In fact, during the act both Clive Sttaford-Smith and the prisoners jokingly recalled the row that the lawyer had with the Guantánamo authorities because of underwear and bathing suits that appeared in some cells of prisoners of British nationality.

Guantánamo authorities accused the lawyer of having passed the prohibited merchandise during one of his visits. The lawyer told them that he was a human rights defender, not a distributor of “men’s lingerie”. Everything seems to indicate that it was a gift from the prison guards. 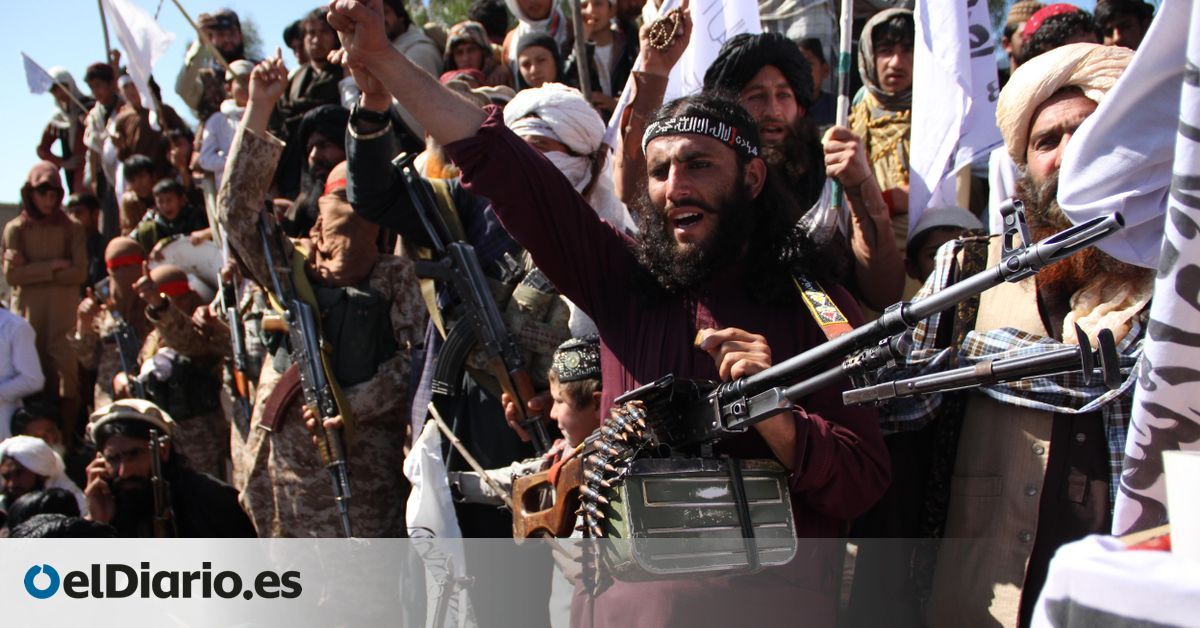 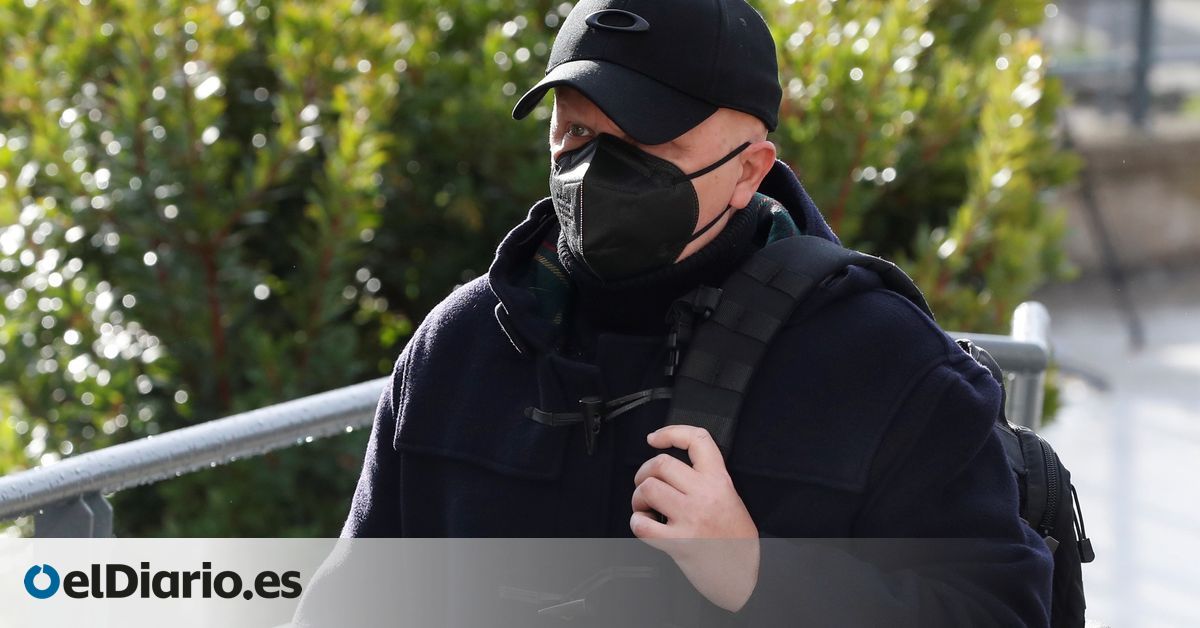