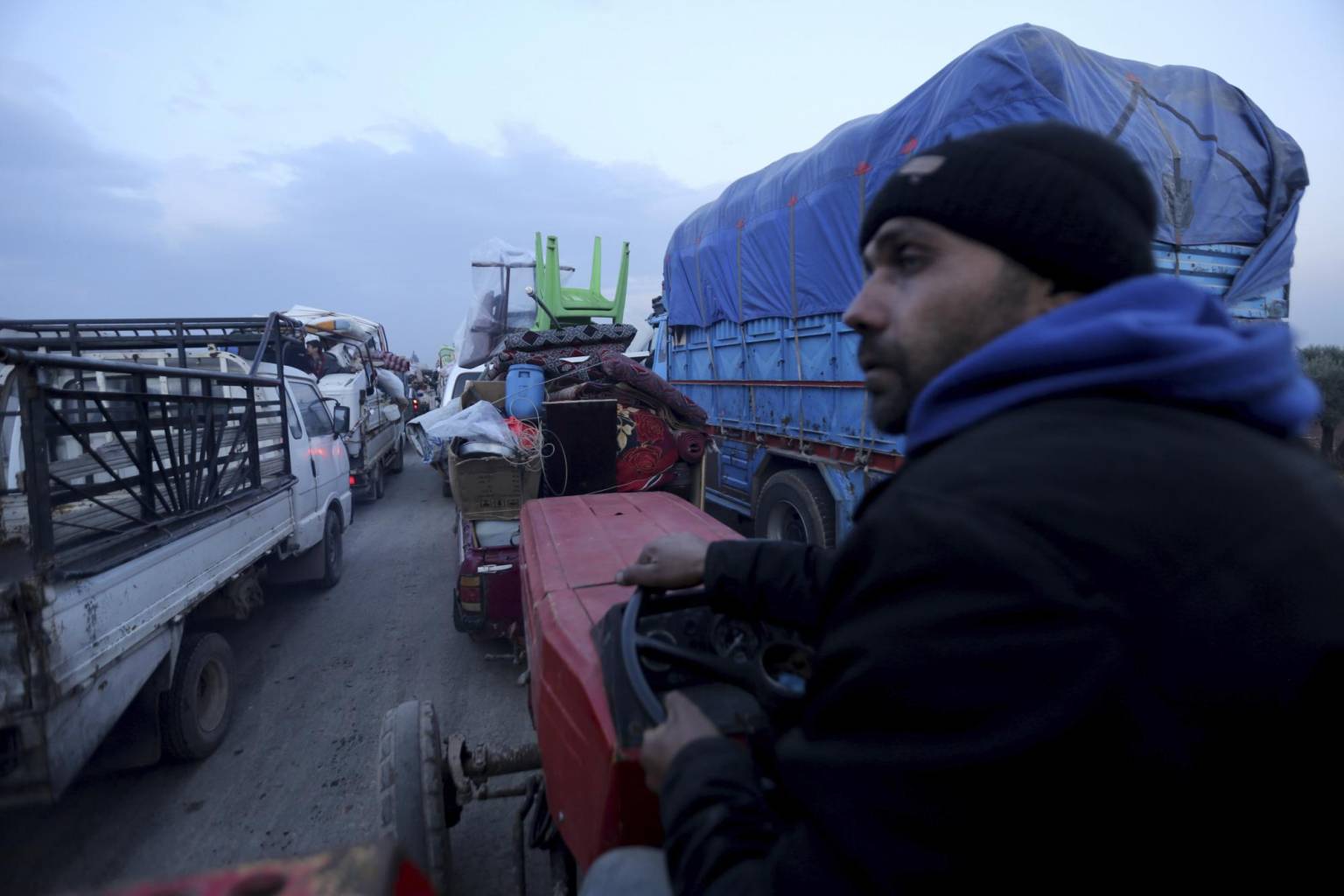 BEIRUT (AP) – More than 200,000 men, women and children fled their homes in northwestern Syria in buses, trucks and cars in recent weeks, in the face of heavy bombardment and gunship by government forces, a group said on Wednesday. Syrian humanitarian.

Government forces cannon the province of Idlib, the country's last rebel stronghold, since November. A ground offensive initiated last week has displaced more people, and government forces have taken about 40 towns, according to the Syrian army and opposition activists.

The Response Coordination Group, a humanitarian organization in northwestern Syria, said 216,632 people fled their homes, many of them with nowhere to go. Many were heading to Turkey for refuge.

The group said people left 250 villages and towns, adding that 252 civilians, including 79 children, have died from violence.

The group asked other humanitarian agencies to help the displaced in the midst of cold and heavy rain. In recent weeks, floods aggravated the suffering of those housed in camps.

"We urge the international community to pressure the regime and its allies to stop the military campaign," he said.