Washington – US President Donald Trump declared Friday a national emergency due to the coronavirus; but, unlike the state of alarm announced in Spain, the US measure It does not open the door to limit the movement of people or to intervene in private hospitals.

These are the keys to understanding the impact of the decision that Trump has just made:

What is the declaration of emergency?

The main consequence of the declaration is the unlocking of federal funds to help the states and the affected localities to face the crisis of COVID-19.

Trump has turned to the Stafford Act of 1988, which allows the US Federal Emergency Management Agency. (FEMA) Coordinate the national response in the event of a “catastrophe” and come to the rescue of the impacted state and local governments.

FEMA controls more than $ 40 billion in federal funds approved by Congress for disaster relief, which from now on could be used to help some of the most affected states, such as Washington, New York or California.

However, Trump said that “up to 50,000” will be the millions of dollars to which “states, territories and localities” will have access to fight the disease.

Is this the first time that a coronavirus emergency has been declared in the US?

No. On January 31, when there were only six confirmed cases in the US, the US Department of Health already declared that the coronavirus represented a “public health emergency,” a measure of lesser significance than that taken by Trump.

In that case, the objective and main consequence of the measure was to justify the restriction of entry of foreigners who had visited China.

Furthermore, in a federal system like the United States, where states have great autonomy to manage their own affairs, around half of the country’s state governors have also declared a coronavirus emergency, including California, Arizona and Florida.

This has allowed them to mobilize resources more quickly to face the pandemic, in addition to preventing the prices of essential products, such as masks and gloves, from skyrocketing.

In each state, that declaration of emergency has led to different measures: in Washington, schools have been closed for six weeks in several counties; Public schools throughout the state have been closed in Maryland; and in California it has been recommended to ban congregations of more than 250 people.

What precedents are there?

This is the first time that a US President has It uses the 1988 law to curb the spread of an infectious disease across the country, judging by the collection of precedents included this month in a report by the independent US Congressional Research Service.

That law has only been used once before to tackle a viral illness: In 2000, then-President Bill Clinton used it to help two states, New York and New Jersey, cope with the West Nile virus, transmitted by A mosquito; but it had never been applied at the national level.

In general, Stafford legislation has been used primarily to assist states in the event of natural disasters such as hurricanes or fires, although it has also been used to deal with public health crises.

Former President Barack Obama (2009-2017) used it in 2016 to respond to the water pollution problem in the town of Flint, Michigan, and in 2014 after a chemical spill in West Virginia.

During the last national health crisis in the United States, the one caused in 2009 by influenza A, Obama also declared a national emergency, although he did so based on another legal text, the 1976 National Emergencies Act.

It was precisely in that last legislation, and not in Stafford, that Trump relied on to declare a national emergency a year ago with the aim of diverting funds towards the construction of the wall on the border with Mexico.

The law that Trump has just activated has a leading role in the third season of the Netflix series “House of Cards”, whose protagonist, President Frank Underwood, invokes it to divert funds from FEMA to his plan for full employment, America Works.

“The Stafford Act gives me complete authority to define an emergency,” the despotic Underwood, played by actor Kevin Spacey, says in the series.

In the series, however, Underwood’s advisers plead with him not to do so because he is abusing the parameters of the law and is exposed to a hail of lawsuits in court, something that seems unlikely in the case of Trump, whose measure received the support of the Democratic opposition.

“I am pleased that President Trump has heeded our requests to invoke the Stafford Act,” Senate Democratic Minority Leader Chuck Schumer said in a statement.

However, Schumer also warned Trump not to act like Underwood: “The President must not overstep his authority or fall for his autocracy (and use these funds) for purposes unrelated to this public health crisis. “he stressed.

Millions Of Domestic Workers Are Left Homeless In The Pandemic

The Federal Government Epidemiologist Does Not Rule Out That Deaths In The United States From Coronaviruses Reach 100,000 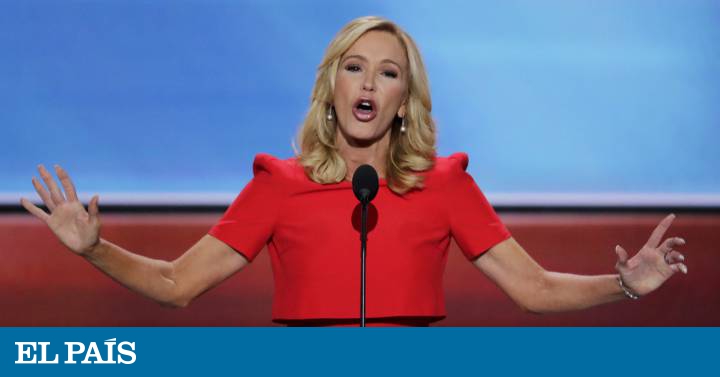 An Illuminated Telepredicadora In The White House | International