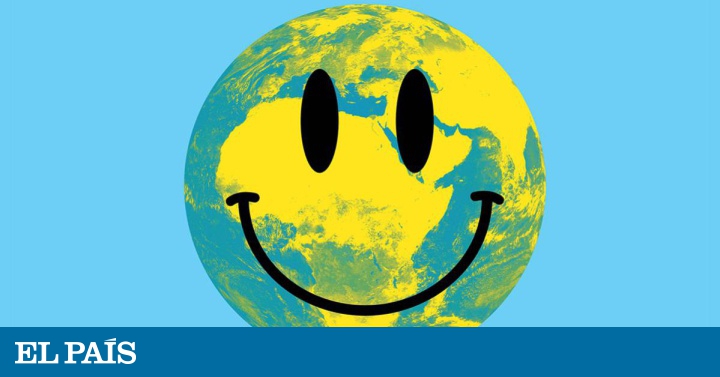 Do you want to help us? Forward this newsletter to friends and family. Or better yet, encourage them to sign up here.

Happy Holidays! Today I write you with something special to celebrate the end of the year, a list with 46 data that is neither exhaustive nor impartial, because it only includes good news. I do it to combat a paradox: most people believe that the world is going backwards, and that we are heading towards a sort of chaos, although the data makes it clear that this perception is false. The world does not get worse, it improves.

This does not mean that the world is a perfect place. Not even a good place. We suffer injustices, wars, hunger and violence. A minority of the population owns most of the wealth, while 10% survive on less than 2 dollars a day. Poverty is everyday. But of all the global scenarios we have known (not imagined or desired, but known) this is the best.

Recognizing that we progress worries many well-meaning people, because they think that would make us more conformist. But I think just the opposite: I think it is necessary to know that we are advancing precisely because there is a long way to go. Here is the list.

3. 🗺 It is like this everywhere. Since 2000, infant mortality has been reduced in 96 of the 97 poorest countries in the world, with the sole exception of Syria. In Africa, mortality was cut in half, something that had not happened in the eighties and nineties. | Gates Foundation / OWiD

4. 🥳 Europeans are happier than in 1991. In Poland, for example, the percentage of people who rated their satisfaction with 7 or more out of 10 went from 12% to 56%. They also declare happier in the United Kingdom, Italy, France, Hungary, Lithuania or the Czech Republic. | Pew

5. 🇪🇸 And the Spanish too. The percentage that is declared very satisfied went from 31% in 1991 to 53% today. In 2008 the crisis brought down the average satisfaction (from 7.3 to 6.3), and although since then it has barely recovered, it rose a couple of tenths last year. | OWiD

6. 🗽 Emigrants find the happiness they were looking for. The satisfaction of immigrants arriving in a country converges towards that of the rest of the people who live there. He does not do it completely, but to a large extent (his satisfaction levels are still explained in 15% by his country of birth). | World Happiness Report

7. 🏖 People travel a lot more. The number of tourists has increased sevenfold in the last 45 years. Europe is the first destination, but the change in Asia has been spectacular: the continent went from receiving 6 million travelers to receiving 340 million. | OWiD

9. 💶 How do you think the world's poverty has evolved in the last 20 years? 70% of people believe that it has increased and only 13% know that it has actually been reduced. | Beautiful News

11. 🇮🇳 An example is India. The country has halved its poverty rates since the 1990s, has increased its life expectancy by 11 years, extended schooling and multiplied its income per capita by 250. | world Bank

14. 🗳 The number of democracies continues to increase. Between 2008 and 2018, their number increased from 90 to 97, including four countries that were democracies for the first time: Burkina Faso, Myanmar, Armenia and Malaysia. | IDEA

15. 🌈 91% of Spaniards think that the LGTBI collective must have the same rights as heterosexuals. We are the third country in the European Union where more people think about it, just behind Sweden and the Netherlands. | Eurobarometer

17. 👩‍💼 There are more women in the Parliaments. Women are 24% of parliamentarians in the world, compared to 13% in 1990. In Europe they are 28% and in Nordic countries they exceed 42%. In Spain they are 43% since the November elections, although in April they became 47%. | United Nations

18. 👩🏻‍🎓 In China there are more university women. Women now represent more than 50% of the students, while in 1978 they did not reach a quarter. | Future crunch

19.💡 In Spain there is more and more renewable energy. Last year it produced 40% of its electricity with renewable energy, more than double that of 2007, when consumption was at maximum and clean sources did not reach 20%. Spain exceeds the EU average. | REE / EIG

20. 🔥 We burn a hundred times less coal. Coal production in Spain is one hundredth of what it was in 1981. Two weeks ago something unprecedented happened: for two days there was no coal power plant operating in mainland Spain, something that had not happened since they were created in 1949. | Mixx.io/EIG

22. ☀️ Spain is one of the countries most concerned with climate change. 94% of people believe it is a "serious threat," according to Pew Research. | THE COUNTRY.

23. 🧫 In 2019 Israeli scientists have transformed a gut bacterium to feed on CO2. Its plan is to create biological factories that convert the gas responsible for climate change into food and fuels. The work is halfway, but it offers possibilities of science fiction: "A controversial option would be (…) to disseminate by nature that 'genetic device', in order to reduce atmospheric CO2." | THE COUNTRY

24.🧴 There are European countries that are recovering almost 100% of the plastic used in packaging. It occurs in Austria, Germany, Belgium, the Netherlands and Norway, but in Spain only two thirds are recovered. The percentage that is recycled has increased from 59% in 2007 to 67% in 2016. | Eurostat

25. 🍽 Maybe it's your penultimate Christmas with plastic plates. The European Parliament has banned disposable plastic knives, forks and spoons by 2021. Nor will straws, sticks and polystyrene containers be legal. | EP

26. 🐳 There are dolphins breeding on the Potomac River in Washington for the first time since 1890. There are also whales on the shores of New York and seal pups on the Thames, which looked like a dead river. | Telegraph / Future Crunch

27. 🚲 More and more bicycles! The number of cities with shared bicycle service has doubled since 2014 and the number of bicycles has increased twentyfold. | Business insider

28. 📖 Do people no longer read? Maybe we read more. 67% of Spaniards say they have read a book in the last quarter, compared to 58% who said the same thing in 2000. Frequent readers increase and the number of books people have at home. | Fed. Publishers

29. 1989 In 1989 the news told that a UFO had landed in Voronezh (Russia), which today seems unthinkable. As much as we are concerned about the fake news, I don't think we could hear this in an informative: "One, two or three humanoids came out of the UFO … They all looked the same, except a robot that accompanied them." | THE COUNTRY

30. 🇳🇬 Nigeria has not registered polio cases for three years. That means that Africa is about to declare itself free from a disease that has killed 350,000 people since 1988. | The guardian

31. 🇷🇼 In Rwanda, 95% of babies now receive rubella, polio and measles vaccines. And now the country could be the first to eliminate cervical cancer. | CNN

32. 🙁 There are fewer suicides in the world. They have been reduced by 30% since 1994, leaving the rate at 10 suicides per 100,000 people. The improvement has occurred mostly in Japan, China and Russia. | Beautiful news

33. 🇷🇺 Alcohol consumption in Russia decreased by 43% between 2003 and 2016. According to the World Health Organization, this change is associated with an increase in life expectancy in the country, especially among middle-aged men . | BBC

34. españoles Spanish teenagers also drink less. Only 8% drink alcohol each week, a third than in 2006. 76% believe that having 5 or 6 drinks a weekend can cause "enough problems." | HBSC

39. 🛰 Dozens of ships are launched into space. This month there were 19 missions scheduled. SpaceX launched a rocket to supply the International Space Station, and two days later a Soyuz vector sent another ship to the station. Boeing achieved its first orbital flight with the Starliner. The capsule is the first one built by the US capable of landing the earth, and although it did not fulfill its objective of joining the Space Station, it returned safe and sound. | Orbital Index

41. mundo The world already produces more fish in fish farms than with catches. Fish production has grown exponentially since the 1970s, from 3 million tons to 106 million tons. | OWiD

42. Ser Does being positive keep you young? Although I find it doubtful, this is what a recent study says: optimists have lives 10% or 15% longer, even after controlling for their socioeconomic status. | Exponential View

43. 💀 Executions were reduced by 31% in 2018. It is the lowest figure since 2009 and perhaps since Amnesty International began counting them in 1979 (changes in methodology prevent it from being secured). Executions in China are not included, which are secret but are suspected of being in the thousands. | International Amnesty

45. ⚔️ Violence recedes. In agricultural societies it caused about 15% of all deaths, according to Israeli thinker Yuval Harari, author of Sapiens. During the 20th century, violence caused 5% and today it is only responsible for 1% of global mortality. | OWiD

46. ​​🐗 Two weeks ago the discovery was announced in an Indonesian cavern of the oldest figurative work of art. It is a painting of eight human silhouettes hunting wild boars and buffaloes, whose authors lived 43,900 years ago. “They were people who already had the ability to invent fiction stories and perhaps also a magical thought. Or even religious. Maybe they already had their own gods. ”| THE COUNTRY

. A few weeks ago, Nobel Laureate Esther Duflo was asked if it is possible to solve the problem of poverty. I answer this: “Not only do I think it is possible, but we have made considerable progress in the last 30 years. In a world where there are many reasons to get depressed, the fight against poverty since 1990 is a ray of light. ”

Forward the newsletter to your friends or family! or tell them to sign up here to receive the next one. If you have ideas or comments, write to me at: [email protected]