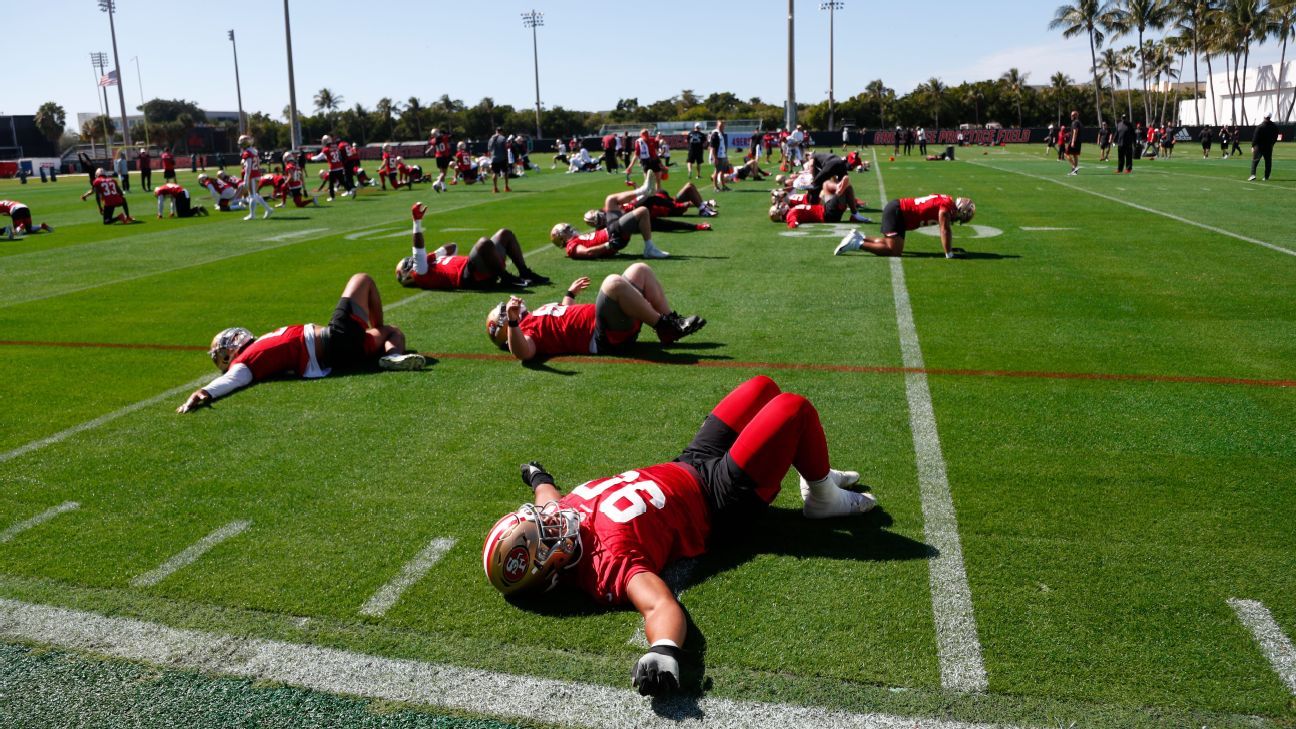 According to reports, an unidentified San Francisco 49ers player reportedly tested positive for COVID-19 after informal training with teammates in Tennessee.

NFL Network reported Friday that a player who participated in training this week in Nashville tested positive. All players who were there will now be examined to see if there is any spread.

The San Francisco 49ers squad took a hit after a coronavirus case was confirmed. AP Photo

Several 49ers players have been training this week in Nashville while the team’s facilities are closed due to the pandemic.