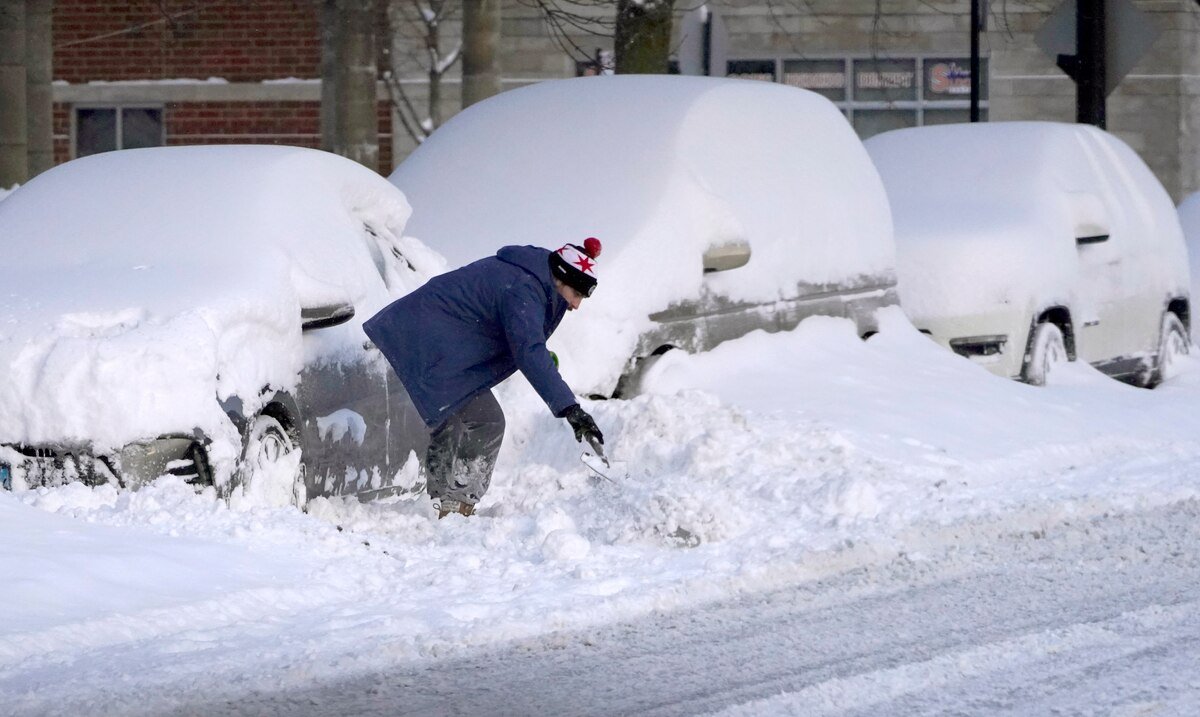 Washington – The number of deaths related to the winter storm that hits the United States continues to rise and this Tuesday already rose to 15, according to the national media count, while this storm that has left 73% of the states under the snow contiguous parts of the country.

According to the National Weather Service (SNM), the average accumulation of snow throughout the country has reached 15 centimeters with a maximum of 127 centimeters in Troy Public, in Ohio, due to this storm that advances from the center and south of the country to the northeast, affecting about 200 million people.

Police in Houston, Texas, reported that a woman and a girl died in that city from carbon monoxide poisoning from a car that was kept running in the garage to heat the house.

Also in Houston a homeless person died from the cold, and in Millington, Tennessee, a 10-year-old boy died when he fell into a frozen lake.

Similarly, four members of a family died in a fire at a residence in the greater Houston area while using a campfire to keep warm.

And a tornado associated with the winter storm killed at least three people and injured 10 in Ocean Isle Beach, North Carolina, about 50 miles south of Wilmington, leaving “significant” damage to fifty homes and thousands of residents without power. . Brunswick County, North Carolina, did not pay enough attention to dangerous weather and a tornado watch was not issued until the storm had already made ground.

In San Antonio, Texas, authorities indicated that weather conditions contributed to the death of a 78-year-old man in Louisiana who died after he slipped on the ice and hit his head and in Ohio another died after he your car crashed into a snow plow.

The effects of the storm are most severe in the south of the country, where homes and commercial buildings are not prepared for temperatures well below freezing.

The effects of the harsh storm were also felt in northern Mexico, where authorities have reported at least eight deaths due to the storm.

Blackouts and difficulties in moving on icy streets and highways have also hampered vaccination against COVID-19.

The storm, which has also forced the cancellation of nearly 2,700 commercial flights on Tuesday, has left records of record low temperatures in hundreds of places in the United States, and many cities have had the coldest temperatures in decades.

In Texas, there are 3.9 million people who have been without power as of Monday, and blackouts affecting more than 100,000 subscribers have been recorded in Oklahoma, Louisiana, Kentucky and West Virginia, according to PowerOutage.us, a platform that gathers data on the power outages.