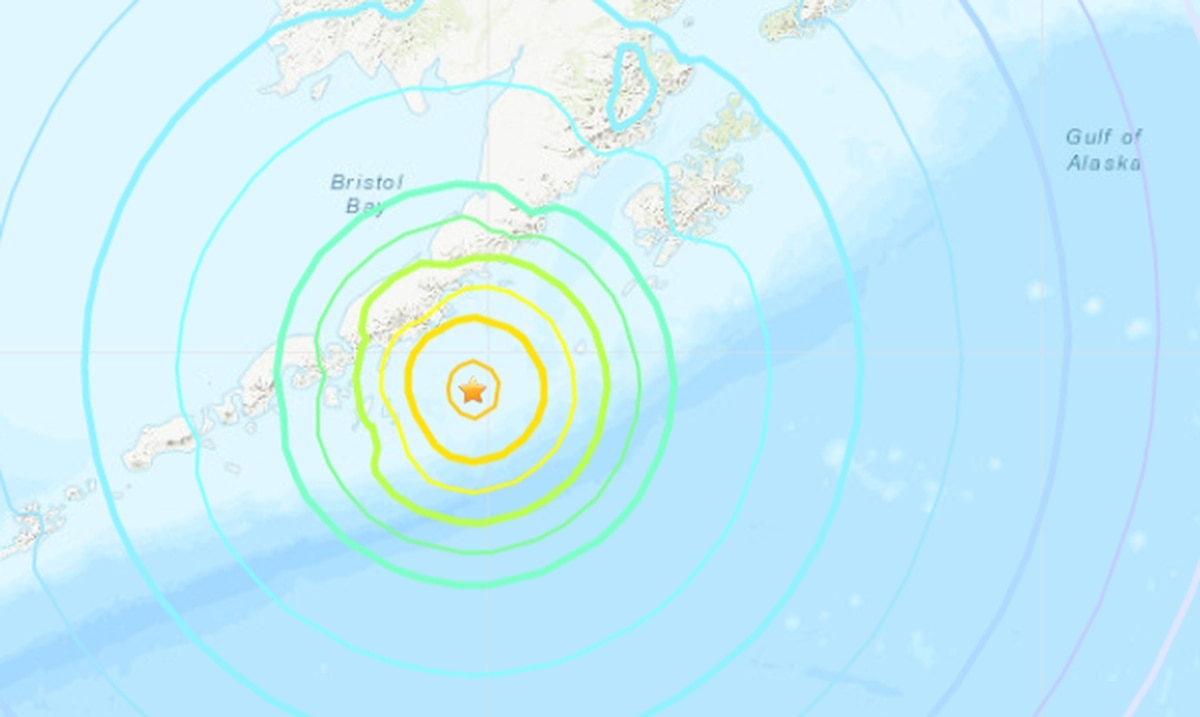 A magnitude 8.2 earthquake struck the Aleutian Islands of Alaska in the United States last night and triggered the issuance of a tsunami warning for Hawaii.

However, the authorities deactivated the alert hours after the strong earthquake.

The United States National Geological Survey (USGS, in English) indicated that the earthquake occurred around 10:15 pm (06.15 GMT) near Sandpoint, in the eastern Aleutians, in the ocean and at a depth of 20 miles.

Although earthquakes at that depth are felt less strongly than shallow ones, the National Weather Service’s tsunami warning system issued a watch warning for the Hawaiian Islands, about 4,000 kilometers from the epicenter.

BREAKING: Tsunami sirens sound in Kodiak, Alaska after a major magnitude 8.2 earthquake struck off the coast; risk being evaluated for the Pacific pic.twitter.com/YfbsaS6ZNX

“Based on all available data, there is no tsunami threat to the state of Hawaii (and) therefore, the alert for Hawaii is canceled,” the Pacific Tsunami Warning Center announced in a tweet.

Currently the forecasts of this center are that in Hawaii there could be tsunami waves of less than 30 centimeters that should not cause damage.

The 8.2 magnitude earthquake was accompanied by a score of minor tremors and different depths in the same region, about 120 kilometers from Chignik (Alaska), among which the next strongest reached a magnitude of 6.2 and whose hypocenter was recorded 42 kilometers from the surface.

According to preliminary seismic data, the largest of these earthquakes could have been widely felt by almost everyone in the area of ​​the epicenter and could have caused slight or moderate damage, but it is a very sparsely populated area.