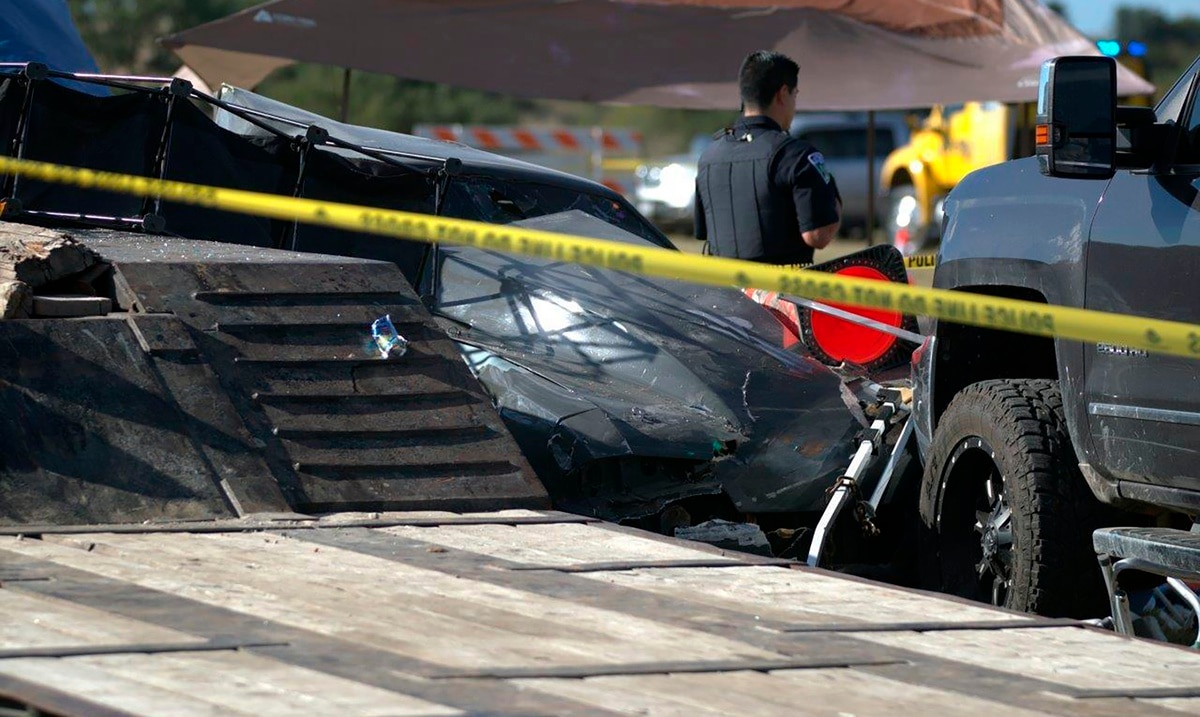 Kerrville Texas – A car spun out of control and crashed into the grandstand in the middle of a race on an airport runway in Texas, killing two children and injuring eight other people, authorities said.

The incident occurred Saturday afternoon at the race dubbed “Airport Race Wars 2” at the Kerrville-Kerr County Airport, police said in a statement.

He added that the deceased minors were 8 and 6 years old. Their identities have not been released.

The driver “lost control of his vehicle, crashing into parked vehicles and bystanders,” police said.

The injured were taken to different hospitals, including a 46-year-old woman in critical condition. Most of the other injuries are not serious, although the condition of a 26-year-old man was unknown, authorities said. A 4-year-old boy and a 3-month-old baby were taken to a hospital for evaluation as a precaution.

The Kerrville Visitors Department website had promoted the event as “a day of action, for the enjoyment of the whole family,” in which racing cars would compete to win $ 8,000 in prizes.

About 3,500 people were attending the event, according to Louis Amestoy, a freelance journalist who was among the attendees.

The track was about 200 meters (0.8 miles) long and was flanked by barrels filled with water to protect the public. But Amestoy claimed that there were no barrels beyond the final goal, so the spectators on that last stretch were unprotected.

There were spectators only about 4 meters (15 feet) away from the track. Many had brought their own folding chairs for lack of space in the stands. Organizers repeatedly asked the public to stay on the grass and away from the track, Amestoy told The Associated Press in a telephone interview.

The car was near the end of the track when it suddenly spun out of control, Amestoy said.