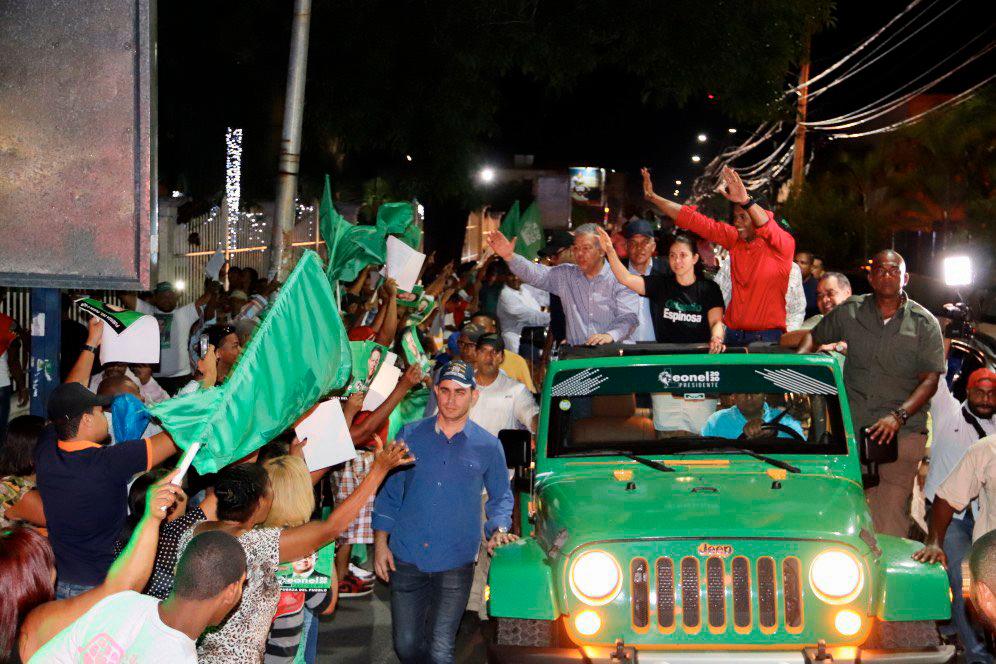 Green is a color associated with situations of calm, affection and peace. In addition, it is the tone used to send messages of strength and energy to a specific audience.

The psychologist Oscar Castillero Mimenza defines green as the color linked to youth, the search for excess pleasure, moral demands and hedonism. He also explains that, it is also often used for situations of manipulation, betrayal and cunning.

Castillero explained that green serves to improve emotional stability since it is a calming tone. That color has been chosen by the former head of state Leonel Fernández to represent his political organization called Fuerza del Puebl, legally represented by the Dominican Workers Party (PTD).

In Fernandez's last exits, he has combined the qualities of a lion, one of the largest predators on the planet, hand in hand with green hues to identify his presidential campaign in the face of the presidential elections that will take place in May 2020.

Likewise, the former president also used the color red, representative of the Christian Social Reform Party (PRSC), of which he is also a presidential candidate, to finish defining his political essence. This last hue symbolizes strength, war, power and vitality; leaving the silent message that Fernández could be, according to the definitions of the colors used in the campaign, "a force of charge of power and energy capable of manipulating or cunningly handling the situations that are put in front of him".

This caravan of The Force of the People for the southern region, in support of the candidates for municipal elections, starts here, and will not stop until we achieve victory in February 2020.

Thank you to the province Commander for your support and for receiving us with such enthusiasm. pic.twitter.com/78WhF4TZXx

Fernández's political organization, based in the legal force of the PTD, uses the representative tones of justice and war, which served as the basis for the birth of the PTD.

This body, inspired by the political party Revolutionary Movement of June (1J4) which was a left-wing organization that fought against the dictatorship of Rafael Leónidas Trujillo, refers to “the men and women who from the ranks of the Red Line they fought with heroism and fell in defense of the most popular popular interests for the Dominican population, facing without hesitation or fear the rigors of jail, repression, terror and death ”, as established by the historical data of said organization.

We have concluded this extraordinary caravan with great success and enthusiasm.
Thanks to the San Cristóbal province, for joining this cause, together with the People's Force, to obtain the inevitable victory in the upcoming elections of the year 2020. pic.twitter.com/ZgsSbP0Kws

It has been impressive to see the signs of sympathy in the San Juan province.
The People's Force is undetectable and will win, little by little, the municipal elections of February 2020. pic.twitter.com/gCMjTGORHO