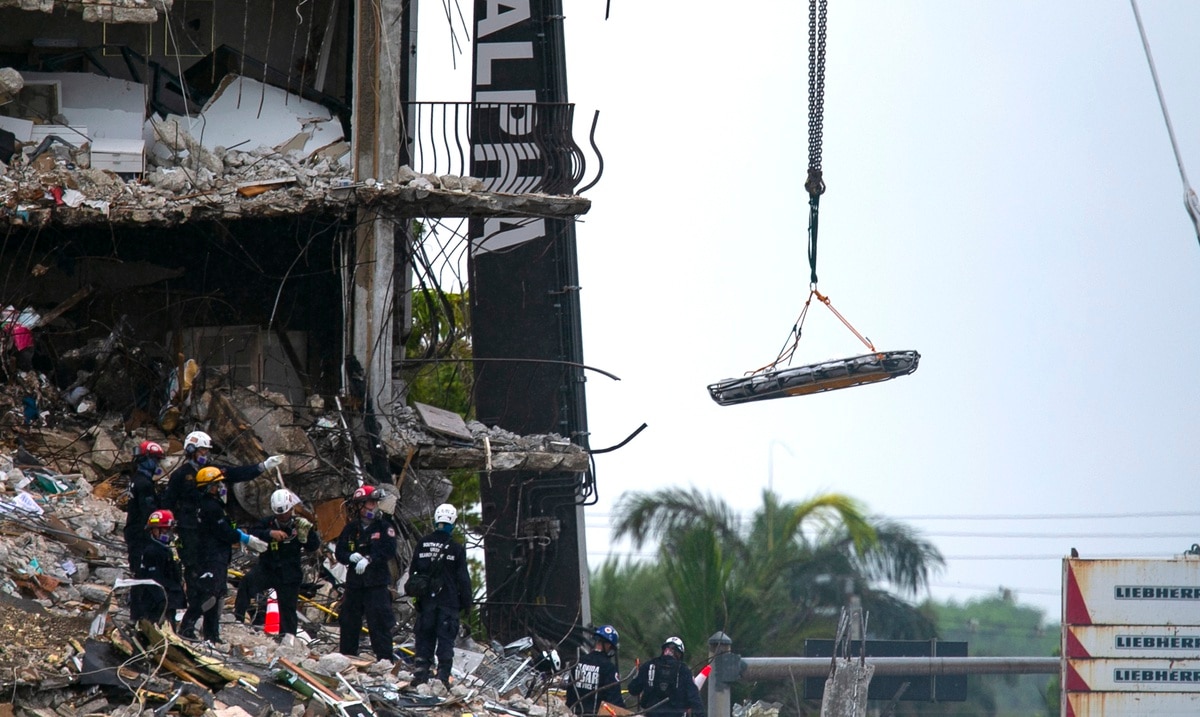 Despite engineers warning of major structural problems, a city construction official told members of the Champlain Towers South board of owners that the Florida building was in “very good condition” nearly three years before the collapse, according to meeting minutes released Monday.

The comments were attributed to Surfside town official Rosendo Prieto during the meeting with the Champlain Towers South board of directors on November 15, 2018. The meeting was held just over a month after the Morabito engineering company Consultants issued a report describing key flaws in the structure.

The discussion with Prieto occurred as Champlain Towers began to explore the jobs that were required according to city and county regulations for the building to comply with the 40-year recertification, which would arrive in 2021.

The minutes of the meeting indicate that Prieto told them in 2018 that Morabito’s engineering report had collected the necessary information and that “it seems that the building is in very good condition.”

A day later, Prieto told the then Surfside town manager that he believed the meeting had been a success, and praised Champlain Towers for a good start to the recertification process.

“The response from everyone present was very positive,” wrote Prieto in an email that was also released by the local authorities. “All major concerns about his 40-year recertification process were addressed.”

However, there is no evidence that the major concrete structural work was ever started, according to the documents. The owners of the 136 apartments had been informed earlier this year that they would have to pay their fair share of the $ 15 million work – of which $ 9.1 million was major works – by July 1. That amount ranged from $ 80,000 for a one-bedroom apartment to more than $ 330,000 for a penthouse.

Prieto no longer works at Surfside and has not yet been contacted. The former official previously told the Miami Herald that he does not recall receiving Morabito’s report and declined to comment on the November 2018 meeting.

A lawyer for the board on Sunday forwarded the minutes to Surfside authorities, according to the local government.

Morabito’s report focused on the pool terrace, where it was discovered that there were waterproofing problems, since the material was placed without an angle that would allow drainage. That not only put the slab under the pool at risk, but other structural areas as well.

“Not replacing the waterproofing in the near future will cause the level of deterioration in the concrete to expand exponentially,” warned the report, which also noted “abundant cracks” in the concrete beams and columns.

Although various theories have emerged, the definitive cause of the collapse of the 12-story building that occurred last Thursday, which left at least 10 confirmed deaths and 151 people missing, has not been identified.

An issue that arose in 2019 involved construction on a building adjacent to Champlain Towers South.

“We are concerned that nearby construction is too close,” wrote board member Mara Chouela in an email to Prieto in January 2019. Construction work, she added, is “digging too close to our property and we have concerns. on the structure of our building ”.

Prieto responded that Surfside did not have an official role in that matter. “There is nothing that I can review. The best thing to do is have someone check the fencing, pool and surrounding areas for damage or hire a consultant to check those areas, ”he wrote.

Steven Rosenthal, a seventh-floor resident in Champlain Towers South who escaped the collapse, noted in a negligence lawsuit filed by his attorney Sunday that there were several danger signs.

The building management received warnings and other sources of information several years ago that indicated “the risk or possible indicators of serious structural damage or collapse,” the lawsuit says.

Rosenthal “lost his home. He lost personal property obtained over the years. He has been forced to lead a life without a home and without possessions, ”the complaint adds.

This is at least the second lawsuit that has been filed so far for the collapse of the building. The complaint filed by Rosenthal asks for unspecified compensation.

Surfside Mayor Charles Burkett told a news conference Monday that the minutes of the meeting with the administration were somewhat concerning, but did not elaborate. He noted that his office continues to collect documents on the history of Champlain Towers South and inspections of its structural integrity, which will be published online once they are available.