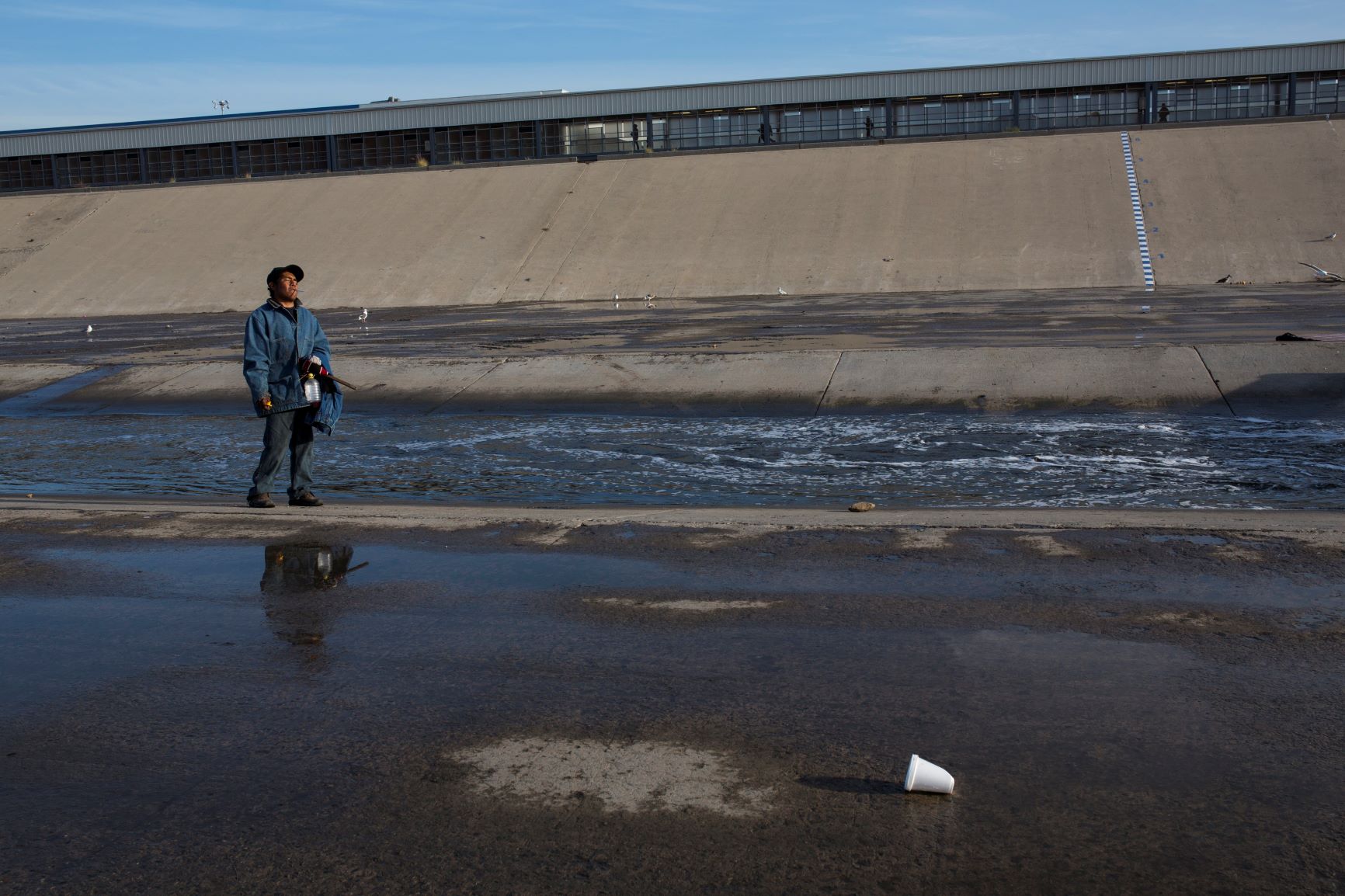 A body has clogged the hydraulic pumps of the Tijuana River, in the Mexican border city, for hours, causing the spill of almost 15 million gallons of contaminated water into US territory, according to The San Diego Union Tribune.

The body was found on Sunday morning by a cleaning team in Tijuana, trapped by garbage in one of the filters placed in the riverbed.

Between Saturday and Monday, approximately 14.5 million gallons of water were spilled across the border in San Diego, California, partly treated and partly untreated, according to the International Boundary and Water Commission. It is roughly equivalent to the volume contained in 20 Olympic pools.

Mexican police are investigating what happened to the dead person, whose identity and circumstances have not been disclosed.

Over 120 miles, the Tijuana River waters both northwestern Mexico and southern California. As soon as it crosses the border between the two countries, its course continues about five miles before it flows into an estuary at the southern tip of San Diego.

Its interior course is responsible for the drinking water supply of this city.

Officials say they do not know how the body ended up in the pipe along the Tijuana River and are actively investigating the circumstances of the person's death. https://t.co/W6F6QuaTaP

In California, the pollution problem goes beyond this incident on the Tijuana River.

Analyzes carried out in 600 wells that supply drinking water to the state have revealed on Monday in half of them the presence of chemical products used for decades in American factories and homes, and linked to an increased risk of cancer.

While this time only a small fraction of the thousands of drinking water wells in the territory were analyzed, authorities said they planned to examine many more.

"This seems to be a hugely costly problem both for health and for mitigating and regulating it," said Kurt Schwabe, professor of Environmental Policy at the University of California.

For state officials it has been a sign of hope, paradoxically, since half of the sampled wells did not present chemicals at detectable levels. This makes them think that in California the pollutants may not have spread as much as in other states, according to the daily cited.

However, contaminated drinking water was found both in densely populated cities and with large and complex water systems, and in mobile home parks that depend on a single private well.

Although contaminated wells were found in Los Angeles, Orange, Riverside and San Bernardino counties, no chemicals were found in the water of the city of Los Angeles itself. In Glendale the analyzes were positive, and Anaheim has closed three of its wells.

Exposure to these chemicals, commonly known as PFAS, has been linked to kidney and testicular cancer, as well as high cholesterol and thyroid disease.

Specialists believe that pregnant women and young children are the most vulnerable to these chemicals, which can affect reproductive and developmental health.

Considered as eternal chemicals by the scientific community, they usually remain in the body, accumulating endlessly indefinitely and without being able to expel them.

These are chemicals developed in the 1940s and used to manufacture household products, Teflon cookware, waterproof clothing and food packaging. They were also a key ingredient in the production of fire foam that was used very frequently in military bases, which caused them to infiltrate the groundwater.

Just a week ago, the Los Angeles Times drew attention to the presence of 21 contaminated bases in California, more than in any other state. Among these there are six in which chemicals have leaked to drinking water supplies even outside their area.

In the coming months, the state authorities plan to broaden their search and include drinking water systems near military bases, manufacturing centers and wastewater treatment plants.