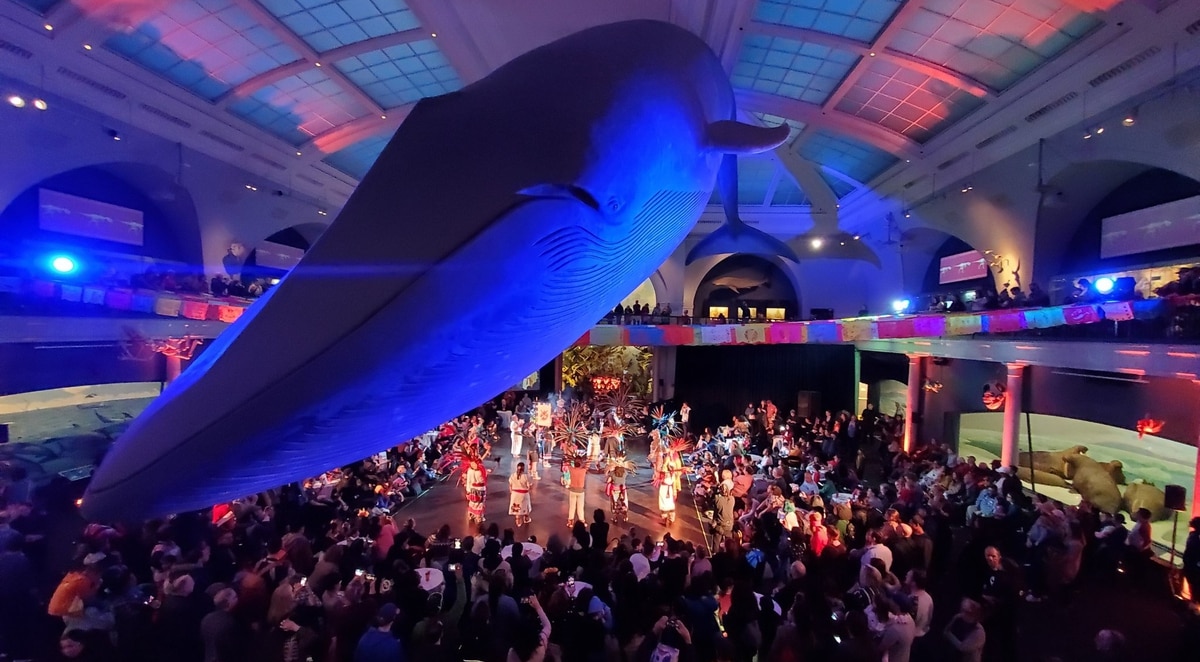 The American Museum of Natural History in New York celebrated on Saturday the traditional Mexican Day of the Dead at a party that paid tribute to the country's culture with music, dance, readings, family activities and a market. The event, attended by the consul general of Mexico in New York, Jorge Islas, took place in the mythical room dedicated to marine life, where a huge sculpture of a whale hangs.

"Mexican pride, the traditional Day of the Dead that year after year, acquires greater relevance and supporters in the US," said Islands through his Twitter account about the event at the Museum of Natural History in New York.

"The Consul General @ Jorge_IslasLo provided the main words at the inauguration of the event that, on the occasion of the day of the dead, organizes the @AMNH, highlighting the relevance of our cultural background to the world," the Mexican consulate in New York explained to through the same social network.

The celebration, which began at 11:00 a.m. and ended at 4:00 p.m., featured a cultural program organized by “Mano a Mano: Mexican Culture Without Borders”, in which a pre-Hispanic dance ceremony could be seen from the group “Cetiliztli Nauhcampa Quetzalcoatl in Ixachitlan”.

In addition, the Mexican Folkloric Ballet of New York represented the traditional dance and music festival of Guelaguetza, held every year in Oaxaca and that, with its colorful and festive choreographies, honor the indigenous identity.

The Mariachi group from New York “Sol Azteca” also participated in a day in which you could also participate in artistic and scientific activities designed for the family. For example, the design of Day of the Dead masks or small altars, or the legendary artistic practice of confetti, in which images are cut on brightly colored paper.

The Museum of Natural History also offered an exhibition of its collection of artifacts from the Zapotec culture and its traditional funeral urns, used to honor the ancestors of pre-Hispanic cultures that inhabited the state of Oaxaca.

One of the brochures invited every assistant to celebrate the Day of the Dead, either in private or in public.

"All you need is a desire to celebrate the lives of loved ones that are no longer present," he said.

Conservation scientists attended the celebration in order to explain the technology and methods used to combat the extinction of animal species, while the staff of the New York Public Library read some of the vibrant history of the Day de Muertos and Mexican culture.

“Day of the Dead is a day to celebrate the lives of deceased members of our family. In the museum we are celebrating five species that have become extinct as a way to honor the lives of those animals that were once members of our vast animal family on this planet Earth, ”read one of the explanations.

"By participating in this exercise of celebration and remembrance, we can also reflect on what can be done to prevent future extinctions," he added.