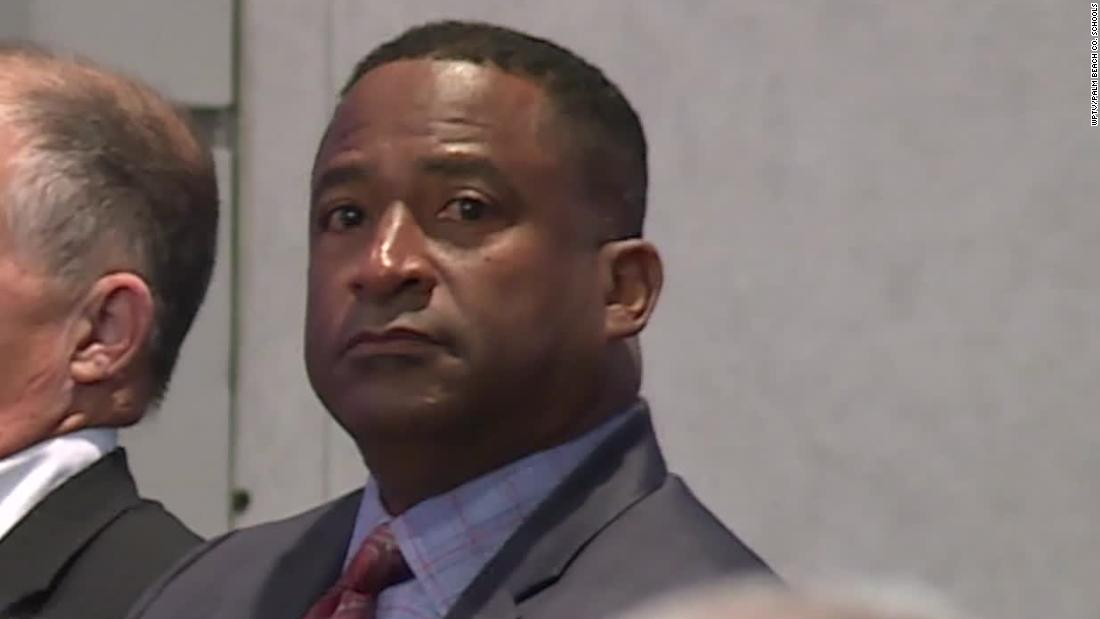 (CNN) – A former high school principal in Boca Raton, Florida, was fired Wednesday as a result of emails he sent to a student's parents in April 2018 that seemed to question the historical truth of the Holocaust.

The Palm Beach County School Board voted 5-2 to finalize William Latson's contract as of November 21, according to the meeting records published online.

According to the district, there is “just cause” to fire the former director, based on ethical misconduct and breach of job responsibilities.

After a father sent an email to Latson in April to ask how the school teaches students about the Holocaust, Latson replied: “I cannot say that the Holocaust is a factual and historical fact because I am not in a position to do so as a district employee. ”

"While his email received global coverage, Mr. Latson did not respond to communications from his supervisors and did not help the District address the serious disruption caused by the email and news coverage mentioned above," a district statement said. school.

READ: The director of a high school is reassigned after writing that he could not say that the Holocaust is "a factual historical fact"

Latson and his lawyer did not respond to emails and phone calls for comment Wednesday night.

In an email to the high school staff obtained by CNN, Latson had written that his comments to parents "were not transmitted accurately."

According to WFLX, a CNN affiliate, Latson was taking a vacation in Jamaica when news came from his emails.

Latson had been reassigned to another position

Latson has had a long career in education, becoming director of Spanish River Community High School in Boca Raton, Florida in 2011.

In July, the Palm Beach County School District reassigned Latson to a new publication working in a “district position,” according to a statement.

Latson's comments came to light only a few days earlier, when the Palm Beach Post published the extracts of the emails after obtaining them through a request for open records.

According to the newspaper, Latson told parents: “Not everyone believes the Holocaust happened. And you have your thoughts, but we are a public school and not all of our parents have the same beliefs. ”

Attached to the Latson dismissal notice was a letter dated October 11 that Superintendent Donald E. Fennoy wrote to the former principal informing him that he planned to terminate it at a school board meeting scheduled for October 30.

Fennoy's letter stated that Latson had until November 20, the day before its termination is official, to appeal the decision.

The district said Latson had received advice on his elections and had traveled to Washington, DC, to visit the US Holocaust Museum. UU. and learn more about the mass genocide perpetrated by the Nazi regime that claimed the lives of 6 million Jews in Europe.

The district also claimed that the Holocaust really happened, and said it had previously asked Latson to expand his school's curriculum.

"Each generation must recognize and learn from the atrocities of the incomprehensible suffering of the Holocaust and the lasting stain it left on humanity," said Palm Beach County School Board President Frank Barbieri Jr., in a statement in July.