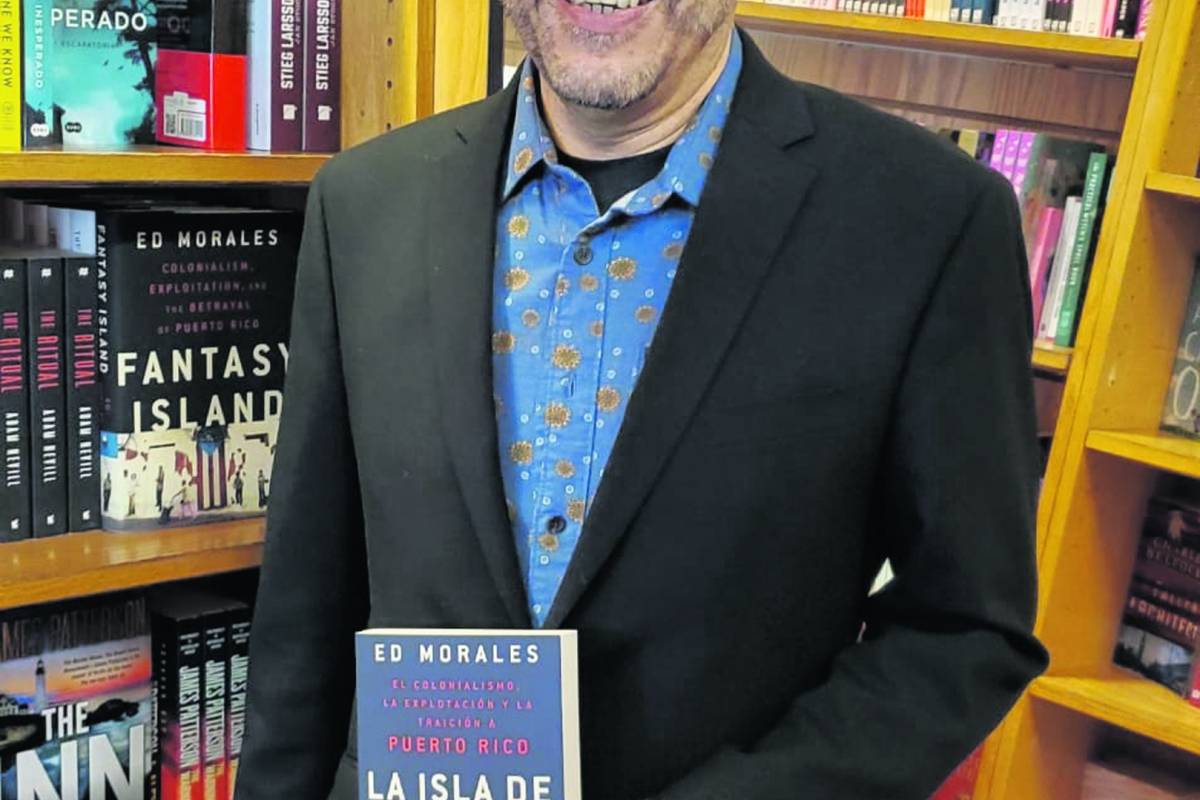 For veteran author and journalist Ed Morales, the symptoms of the colony that Puerto Rico has experienced in the last five years have marked a turning point in the relationship of the island with the United States.

And, although it is true that the US dominance over Puerto Rico dates back 121 years ago, the events that have occurred since the non-payment of public debt began in 2015, resulting in the imposition of the Fiscal Control Board (JCF) on Next year, they have put the reflectors on the country.

However, in the opinion of Morales, a Puerto Rican born in New York, the news approach, particularly among the US media, has not sought to reflect the consequences of austerity measures on the Puerto Rican population and that have expanded as a result of the bankruptcy process . Instead, the prevailing perspective points more to the impact of the crisis on certain privileged sectors in the metropolis.

That, Morales explained, was one of the elements that gave impetus to his book The Island of Fantasy: colonialism, exploitation and betrayal of Puerto Rico, which the author will present today at The Bookmark bookstore, in San Patricio Plaza.

“Everything that happened with the debt crisis, the coverage, was everything from the point of view of the bondholders. And I wanted to tell the story of the Puerto Rican people, the migration of my parents and how they came back here after retiring. It is a thread, ”Morales said, accepting that the elaboration of the text had a much more personal meaning than other works he has done.

“Being a Niuyorican is like a separate identity. It is a way of showing pride in being Puerto Rican, but that also implies a bit of the loss of basic things of Puerto Rico (such as) the use of language, knowing what is happening directly in politics here and not understanding the direct problems of people here, ”said the author, whose journalistic research has been published in internationally relevant media such as The Guardian, The Nation and The New York Times.

The professor at Columbia University also believes that the fiscal crisis, coupled with the unequal treatment that Puerto Rico has received from the federal government after the disaster caused by Hurricane Maria, has contributed to a gradual awakening of Puerto Ricans to the political reality they face. the country. In that sense, Morales holds events such as those of the Summer of 19 ”could become the norm, as long as public policy continues to be implemented that undermines the sectors with less resources.

“I wanted to provoke more discussion in the community here and there. I'm always interested in something international. I also wish that Puerto Rico could enter into dialogue with other countries and reconnect with Latin America. Have a broader vision, because there is talent and wisdom here. In the United States, and throughout the world, we are very well known. We have something very special, and (although) I am sad about what is happening, I have hope that more dialogue, organization and thought can push the situation, ”added the writer.