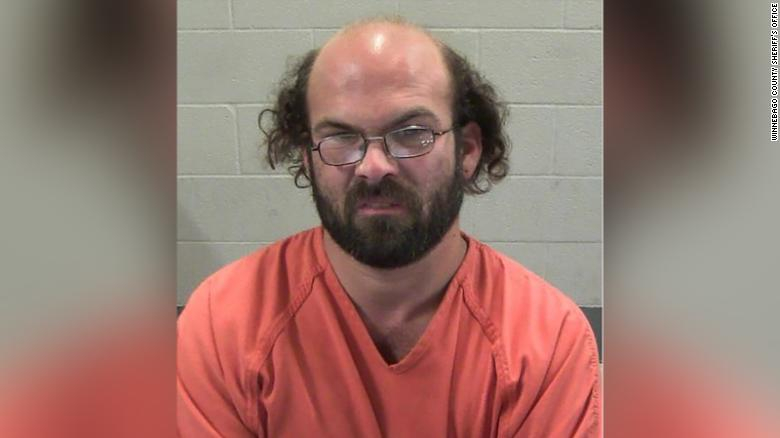 (WAB NEWS) – A man walked from a suburb of Indianapolis to Wisconsin, a 482-kilometer trip, to have sex with a person he believed was the 14-year-old girl he had been talking to on Facebook, prosecutors said.

Instead, 32-year-old Tommy Lee Jenkins had been talking to the Winnebago County vicesheriff who worked with the Special Crimes Against Children Force on the Internet, a statement from the federal prosecutor's office in the Eastern District of Wisconsin said.

He is accused of using a computer to try to persuade, induce or incite a minor to participate in illegal sexual activities, the office said, and faces 10 years of life imprisonment if convicted.

LOOK: Billionaire Jeffrey Epstein operated a vast network of sex trafficking of underage women who recruited other victims, according to prosecutors

"Our nation faces an epidemic of child sexual abuse, as the Internet makes it too easy for predators to communicate with children across the country," said US Attorney Matthew D. Krueger in a statement. "The Department of Justice is committed to working with federal, state and local law enforcement agencies to aggressively prosecute child sexual abuse."

The law enforcement officer was posing as a girl named "Kylee" who lived in Neenah, Wisconsin, with her mother, the lawyer's office said.

Jenkins accepted a friend request from Kylee's profile and soon began to engage in sexual conversations with her, asking if she had had sex and requesting explicit photos, alleges a criminal complaint.

At the beginning of October, Jenkins began asking the girl if she wanted me to come to Wisconsin. When she said yes, she later told him that she had started walking from Whitestown, Indiana, to where she was.

LOOK: Philippines: A woman with a baby hidden in her handbag is arrested

"I'll tell you when I get to Neenah, 108 hours walking," he said, according to the complaint.

Throughout his trip, Jenkins sent photos of the areas he went through, including photos of exit signs and selfies, according to the complaint.

On October 10, he said he had reached the state and that someone had bought him a bus ticket to get to the town of the girl.

Authorities arrested Jenkins when he arrived, the lawyer's office said.

Jenkins is scheduled to appear in federal court on October 23.