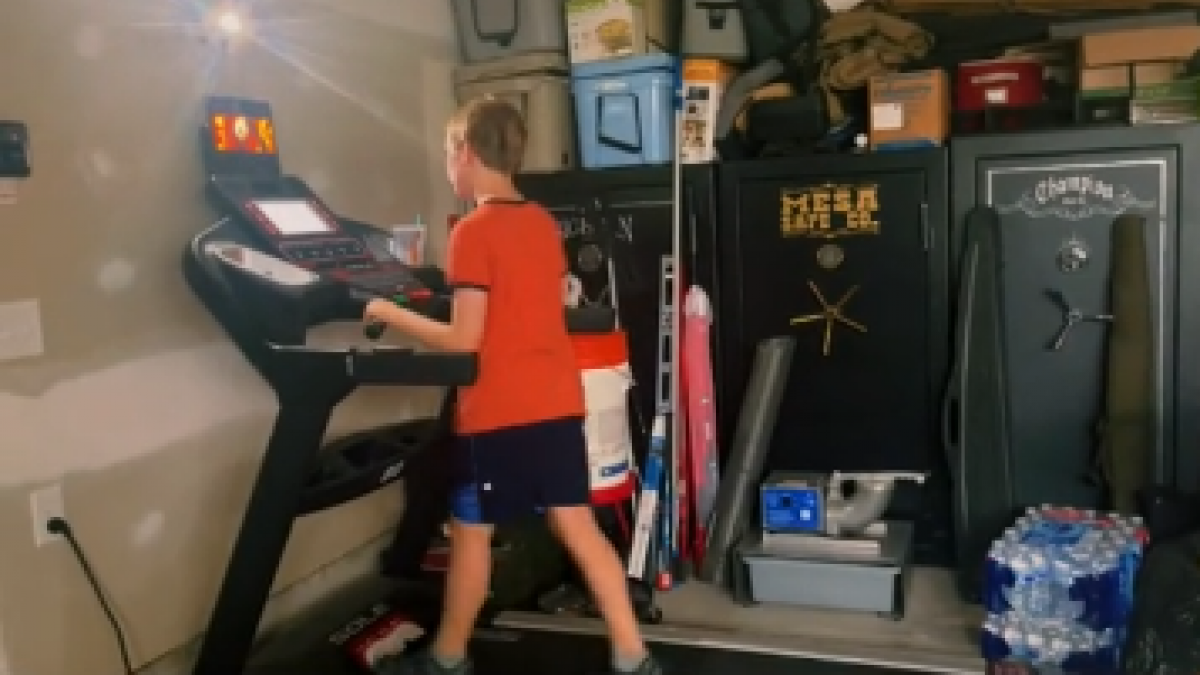 The eternal dilemma of parents with cartoons: how long can they look at the drawings, how many days a week, which drawings they can see and which ones better than not, or if it is not good that they look at so many drawings, these are questions that many ask themselves from them.

A tiktoker has shared her trick for children to watch cartoons and also do physical activity. For the user @ txsalth2o, the trick is not to prohibit children from watching cartoons but to put a condition on them.

In the video that the mother has shared on the social network, she says the following: “I only let my children watch cartoons if they are walking on the treadmill at the same time”, and adds: “Once my 11-year-old son he walked almost 26 kilometers ”, he has sentenced with a video of one of his children on the machine while looking at the drawings.

Many users of the social network have been inspired by this idea and have not only thanked, but have ensured that they will try it for their children and that they will also do it themselves to stay in shape while enjoying their favorite series.

Some users think that this idea can be harmful to children

However, this measure has sown controversy on TikTok, as many consider it necessary to let children be just children: “Why can’t children just be children? Why do they have to walk 26 kilometers to see television? ”, while another user has pointed out that this can cause trauma and need therapy in the future.

The mother has wanted to defend herself against the accusations by confessing that she wished her parents had done this with her, that it was a habit that she started herself when she was older and then transferred it to her children. In addition, he has assured that his children love doing it: “If they hated it or it was a problem, I would not force them,” he concluded.

Our kids use to never want to share- now we can’t get them to stop talking! ## creativeparenting ## dinnertime ## familydinner ## kidsatdinner

The video has gone viral on social networks, reaching almost 3 million views and more than 200,000 ‘likes’. Since then, the tiktoker has been encouraged to share more tricks for new parents, the last of them ‘How to get your children to explain what they have done during the day at dinner time’, reveals that at home they play truth or A lie, which consists of explaining one thing that has really happened and another that is a lie and the rest of the family has to guess which is the truth. A trick that, as the mother says, works very well at home.