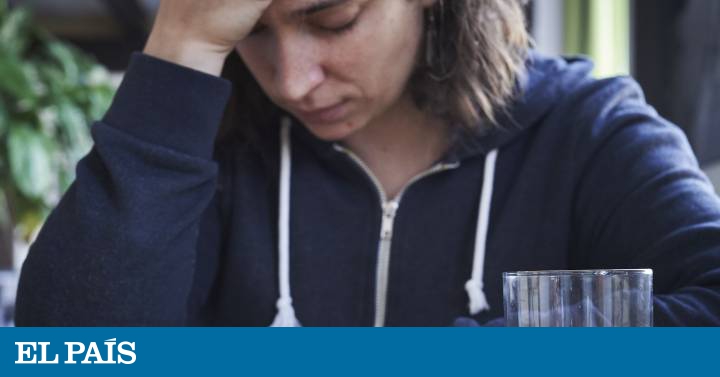 Something more than 10% of the population suffers migraines occasionally and slightly less than 3% chronically. The latter, only in Spain about one million people suffer more than 15 days a month an intense and disabling headache that is sometimes accompanied by nausea, visual disturbances or numbness. And yet, so far, many of the treatments to combat the ailment were preventive medications originally created to treat other problems such as hypertension or depression that were later found useful against headaches. From this week, in the Spanish hospitals two new drugs created specifically to block migraine can be administered that will offer the possibility of getting rid of more than half of their attacks to some of those who suffer from the disease.

These are two drugs of the type of monoclonal antibodies that became famous in the treatment of cancer. As if they were pieces of a puzzle, they block the activity of the molecules that cause the problem, as do the antibodies generated by the body to stop viruses or bacteria. In the case of migraine, or at least in many of them, during the attacks there is an increase in a neuropeptide, the CGRP, which is related to the condition. The new drugs block the fit of that molecule with the cells with different mechanisms and reduce the number of episodes by 50% or more.

Despite being one of the diseases that causes the greatest burden of disability, a large percentage of those affected do not seek medical help

The approval of these drugs at the state level from November 1 must now be ratified by the autonomous communities and finally it will depend on the hospitals, which will take care of the expense, decide who receives them. Because these new tools, expensive as many innovative drugs, will not be given in principle to all patients. Both the erenumab, marketed by the pharmaceutical company Novartis with the name of Aimovig, and the galcanezumab, presented as Emgality by Lilly, will only be covered by public health for patients who have more than eight attacks per month and have successfully tried three preventive treatments conventional. These medications, which are priced at around 500 euros per month, would be applied in the hospital with a monthly skin prick.

Despite being a very frequent disease and that is, according to WHO, the sixth cause of years lived with disabilities worldwide, experts believe that there is no awareness about its effects and the possibilities of treating it. Patricia Pozo-Rosich, head of the Headache and Craniofacial Pain Unit of the Vall d’Hebron University Hospital in Barcelona, ​​recalls that in a 2007 study they calculated that “only 25% of people suffering from migraine go to the doctor”. In spite of that, headache is the main reason for consulting the neurology service, with 14,000 a month in Spain. Of those who go to the doctor for treatment for the first time, only 25% return.

Pozo-Rosich, who participated in the Emgality trials, notes that new drugs are a tool that can help many patients for whom current treatments do not work. But he points out that there are also treatments already available, which have shown their effectiveness by reducing the burden of migraine and with rare adverse effects, such as Botox, which are not used as much as possible. “For the amount of migraines there are, Botox has a low market share, which can partly be explained because there are few doctors to detect the problem and give the treatment, but also by how this disease is lived,” he says. “People with migraine are very normal people and want to lead a normal life. The days that have migraine cannot do anything, but the day that they don't have migraine they want to compensate. They tell you that they suffer, but consider that they do not have time to associate with other patients to receive more attention. In addition, they do not want to verbalize it, because they think that if they say they are migraine they will not be hired because they will miss work more. The patient does not want to consider himself sick, ”explains the neurologist.

Jesús Porta Etessam, head of the Neurology Service Section of the San Carlos University Clinical Hospital in Madrid, believes that "there is little awareness about migraine." "People don't know that by going to specialized units they can make a custom suit by choosing the specific drugs for each case," he continues. “Patients are surprised because they change their lives. A person who has a headache 30 days a month and suddenly has seven ”, concludes Porta, who yesterday participated in the presentation of Aimovig in Madrid.

The emergence of new specific migraine medications, which act on known biological mechanisms, can also help refine knowledge of the disease and its causes. The European Medicines Agency has already approved a third monoclonal antibody for migraine earlier this year, fremanezumab, and is analyzing a fourth, eptinezumab. The options for migraines grow and specialists hope that these developments will also help those affected by the disease also know the most conventional treatments that can help them and so far many ignore.