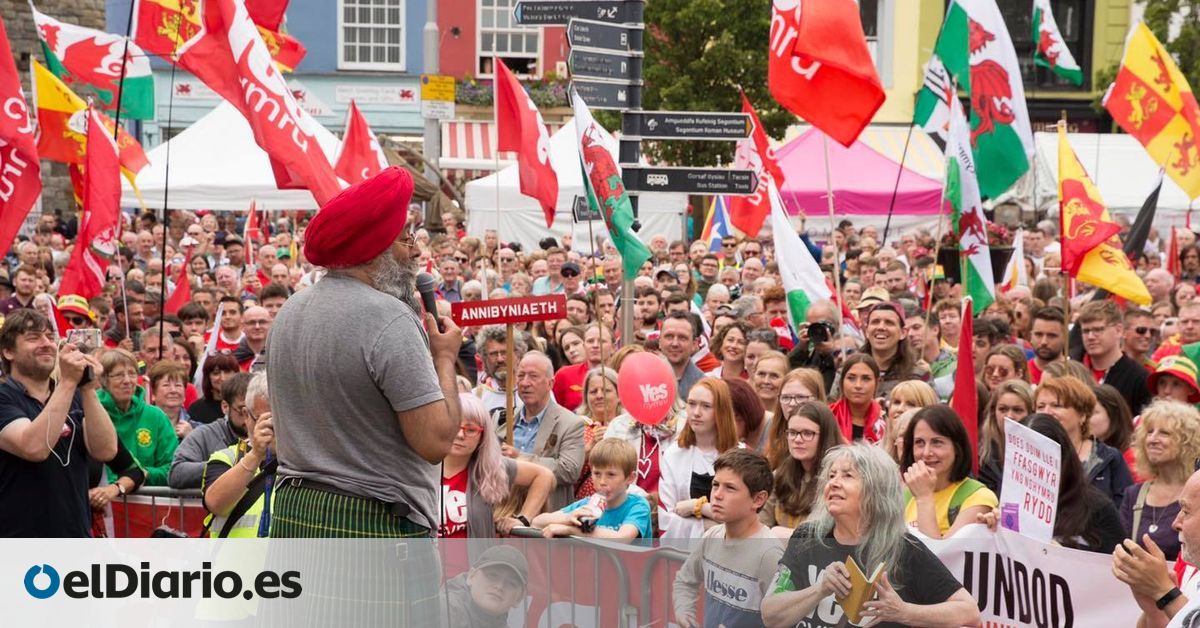 Princess Eleanor will find it difficult to put aside the heated debates over independence during her two-year stay at an exclusive school in South Wales. The departure of the United Kingdom from the European Union has not only reopened territorial conflicts that until Brexit had been parked for a couple of decades, such as Scotland or Northern Ireland, but it has also unearthed the desire for secession of the small Celtic country in which the heir to the throne of Spain will attend high school from August.

The independence movement in Wales, a territory similar to that of Galicia with just over three million inhabitants and which contributes 3.4% of the GDP of the United Kingdom, already has the support of 25% of its population, according to the YouGov polling company. Although 53% are still clearly against the separation, the latest polls begin to cause concern in the British Government by the comparison with the results of 2016, when independence only had the support of 15% of the Welsh and the opposition of the 65%.

The growth of Welsh sovereignty since the Brexit referendum has attracted the attention of the British media in recent months and there are more and more voices from across the ideological spectrum calling not to underestimate the trend in polls, especially if it is takes into account the precedent of Scotland. All this has led last week to create an inter-ministerial committee, chaired by the British Prime Minister, Boris Johnson, with the aim of containing the independence boom less than two months before the elections to the parliaments of Scotland and Wales.

“In 2012, there were also 25% of Scots who supported independence. Two years later, 44% voted in favor of it in a referendum and the latest polls already show a sustained victory of the independentists”, warns Roger Awan- Scully, Professor of Political Science at the University of Cardiff, the capital of Wales.

In his opinion, the management of the Brexit negotiations as well as the trade agreement agreed by Johnson in extremis with Brussels largely explain the rise in nationalist sentiment. Despite the fact that Wales voted in 2016 to leave the EU with the support of 52% of the population, the professor believes that the post-Brexit scenario has made the UK a “less attractive” country for many Welsh advocates of staying. in the EU, drawing independence as a possible way to re-enter the common market.

“The main compelling reason against independence was always that the United Kingdom guaranteed stability and security. After three or four years of negotiations, and with the agreement that was finally reached, this argument has lost force for many”, emphasizes Awan- Scully.

The management of the pandemic in Wales, where the autonomous government has transferred the powers of Health, is another reason behind the growing sympathy towards higher quotas of self-government. The Welsh Prime Minister, Labor Mark Drakeford, has led the region’s lockdown during the COVID-19 crisis, free to move away from restrictions adopted in the rest of the UK. His handling of the pandemic has been the best for 53% of Welsh, compared with 13% who think Boris Johnson did better in England than Drakeford in Wales, according to a YouGov poll in December.

“The COVID-19 crisis has given people confidence in Wales’ ability to manage their own problems,” explains Siôn Jobbins, president of YesCymru, a non-partisan and pro-independence platform that says it has grown from 2,000 affiliates to 17,000. in the last year.

Despite the fact that Wales has a very strong cultural identity and a language of its own that only 30% of the population can speak, Jobbins believes that the growing adherence to the independence cause stems from a “more pragmatic vision and of having an effective government “rather than a return to the cultural or national roots of Wales. “You can be a nationalist and like British culture, its series and its music, but for that you do not need a common Parliament. We can consume all that on Netflix or Spotify, as is done in other countries,” he says.

Support for independence has sprung up most strongly among those who spent most of their lives with the autonomous institutions of Wales. Although the United Kingdom recognizes England, Wales, Scotland and Northern Ireland as the four “nations” (they call them “nations“) that make up the State, the history of parliaments and regional governments is very recent. In 1997, right at the beginning of the mandate of Labor Party Tony Blair, the Welsh backed in a referendum to create their own political institutions, a process that the British know What devolution (“devolution” of competences), although with a support percentage of 50.3%.

Today, the average age of any demonstration for independence tends to decline, as do the new members of the Yes Cymru platform. “Those over 50 have an emotional bond with the United Kingdom. Those people received housing, education, access to university and work thanks to the British Government. If you are under 50 or 40 years old the question you ask yourself is: what Has the UK done for me? “Jobbins says.

Professor of Public Policy at Cardiff University and expert in the functioning of Welsh autonomy Laura McAllister confirms the roots of the movement among the new generations. “Young people were born with autonomy, they have less reluctance to open that debate,” he says. In his opinion, the turning point of a potential Welsh separation attempt will be marked by Scotland and the possible holding of a second independence referendum. If, in the event of a consultation agreed with London, the Scots decide to leave the United Kingdom, the academic anticipates a radical change in attitude among the Welsh towards the UK brand. “The supposed benefits of being part of the same state would be lost. It would be like a Frankenstein monster, with a huge imbalance in favor of England,” he says.

McAllister believes that the future of the union is to delve into the decentralization of the four territories that make up the country (England, Wales, Scotland and Northern Ireland) although he warns that the term “independence” may have, at least in Wales, different meanings: from creating your own state to betting on a federal system. “If the exit is federal, it has to count on Scotland, although I am very afraid that the Scots have already gone a step further,” he says.

The territorial issue will center the British political agenda in the coming months. The Welsh and Scots have an appointment with the polls in May to renew their parliaments. Polls for Scotland anticipate a victory for the Scottish National Party, the formation of the current Prime Minister, Nicola Sturgeon, who will present as her main electoral commitment the call for a new independence referendum. Johnson has already announced his opposition to an agreed consultation, since the last one was held only six years ago. Sturgeon, on the contrary, believes that conditions have changed with the UK’s exit from the EU and that it is time for another referendum.

With the shadow of Catalonia very present in the Scottish debate, the pulse between the two leaders is beginning to generate tensions within the independence movement, with some sectors willing to support a more unilateral path, and also among some conservative colleagues of Johnson, who would not see democratically justifiable to block a consultation from London if the SNP wins the May elections with an absolute majority.

In Wales, calling a referendum still sounds like a long shot, but rising sympathies for independence are shaking the country’s political chess slightly two months before elections to the Senedd, the Welsh Parliament.

The latest polls show a slight upturn in the conservative party and the Plaid Cymru nationalists, but the real debate is taking place within the Labor Party, which, although it drops somewhat in the polls, would remain the leading force, as it has been for a century. in Wales. Around 45% of the Labor electorate today defends independence, according to the latest opinion studies, something that worries the current Prime Minister Mike Drakeford and his popular predecessor, Carwyn Jones, who see in the mismanagement of the Brexit and the rejection of the figure of Boris Johnson are the main causes of the growing “independence curiosity”.

“Personally, I do not see advantages with independence. Many say that it would be a way to sign our own agreement with the EU and have access to the common market. The problem is that our main market, as a country, is England,” Jones said in a recent interview with the BBC.

Unlike in Scotland, Welsh Labor has managed to forge an identity with more autonomy from London, thus cutting off the Plaid Cymru. “30% of the electorate has sympathy for both parties. Plaid could gain ground at the expense of Labor, although the context of COVID-19 is not the best for them. The campaign will revolve more around the management of the pandemic in the media and less door-to-door, which is where the nationalists can get the most advantage, “says Professor Awan-Scully.

The debate is polarizing positions also in the field of the right. The Welsh Conservatives, after years of backing devolution of powers, have responded to the territorial crisis by shifting to more centralist positions, with many of their candidates for the May elections backing the abolition of the Cardiff Parliament and the return of powers to London.

How far can the independence movement go now? “It’s the big question,” responds Laura McAllister. Since 1979, when the proposal to create a Welsh Assembly was rejected in a referendum with 80% of the votes, social support for greater self-government has not stopped growing. “If the independence movement manages to penetrate the youngest, the Welsh question will have come to stay and we can probably begin a more rigorous debate on the future of the country,” McAllister said. Of course, always with an eye on what happens in Scotland. 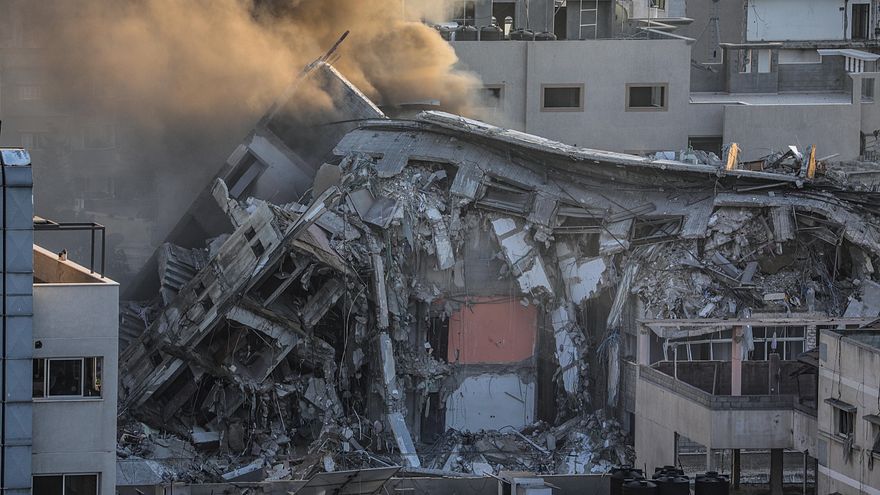