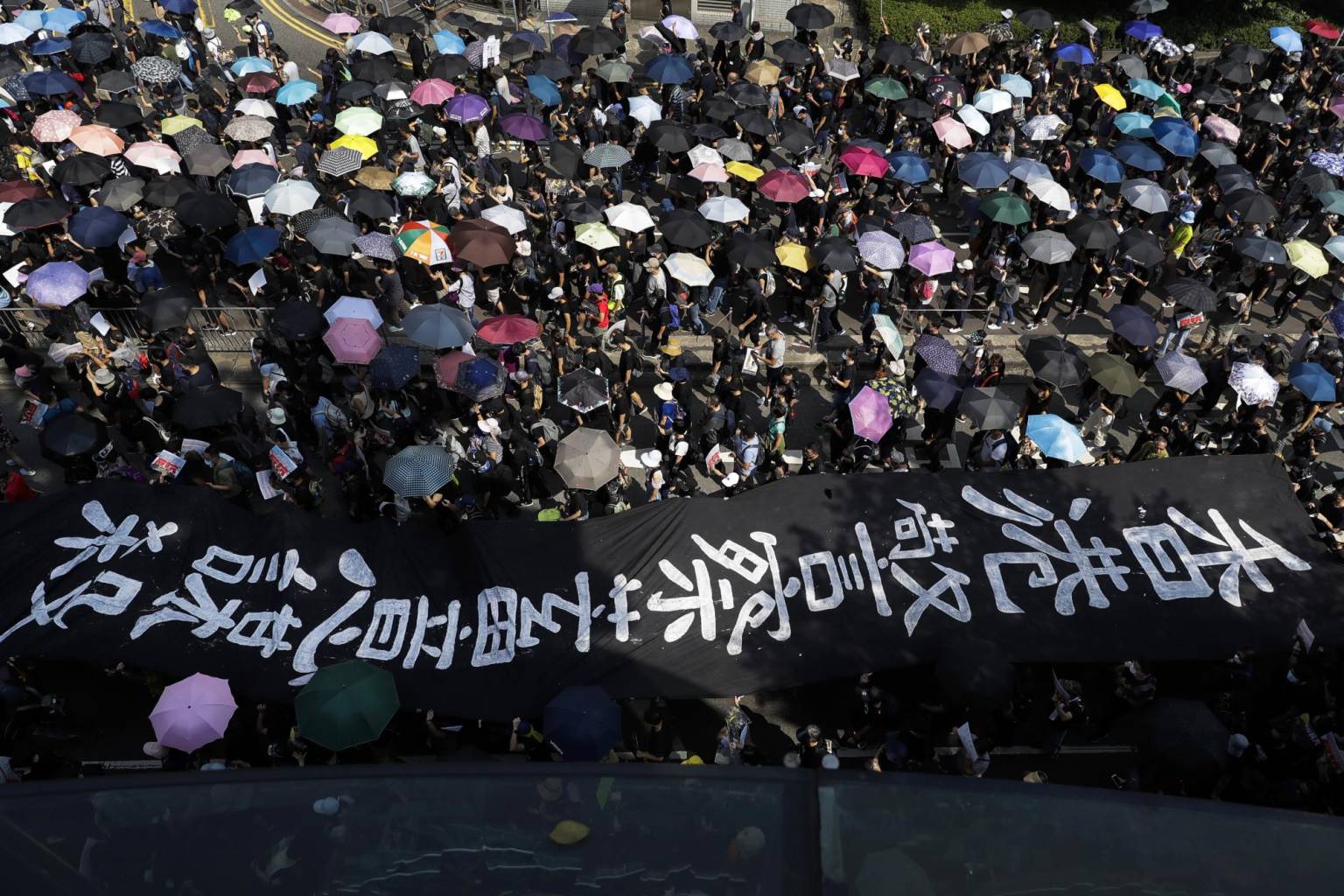 HONG KONG (AP) – Hong Kong protesters refilled the streets on Sunday, ignoring the police veto on the march and demanding that the government fulfill its demands for political rights and control of the institutions.

The protest leaders carried a black banner at the top with the motto "Five main demands, not one less."

Some frontline protesters cut streets shortly after the march began.

The police had redoubled the security measures before the unauthorized demonstration, which added to the protests of the last five months in the semi-autonomous Chinese territory.

Around a train station where the demonstration was expected to end, plastic barriers filled with water were placed. The city subway operator restricted passenger access to the West Kowloon station.

People gathered on a boardwalk to start the protest. Many wore masks, challenging the government's ban on objects that cover the face in public meetings, and some volunteers distributed more to the crowd.

The organizers said they wanted to exercise their right to protest, as the Hong Kong constitution guarantees, despite the risk of being arrested.

"We are employing a peaceful, rational, nonviolent way of expressing our demands," Figo Chan, deputy convener of the Civil Human Rights Front, told reporters. “We are not afraid of being arrested. What I am most afraid of is that we all give up our principles. ”

The group has organized some of the largest demonstrations of the protest movement. One of its leaders, Jimmy Sham, was attacked Wednesday by assailants armed with hammers.

Police on Saturday arrested a 22-year-old man accused of stabbing a teenage activist who handed out pamphlets near a wall covered with prodemocracy messages. A witness told local RTHK that the aggressor had shouted after Hong Kong is "a part of China" and other messages in favor of Beijing.

The protests began in response to a government proposal to reform the extraditions that would have allowed suspects to be sent to China to judge them there. Later, the movement evolved to include claims of full democracy and an investigation into the alleged police brutality.