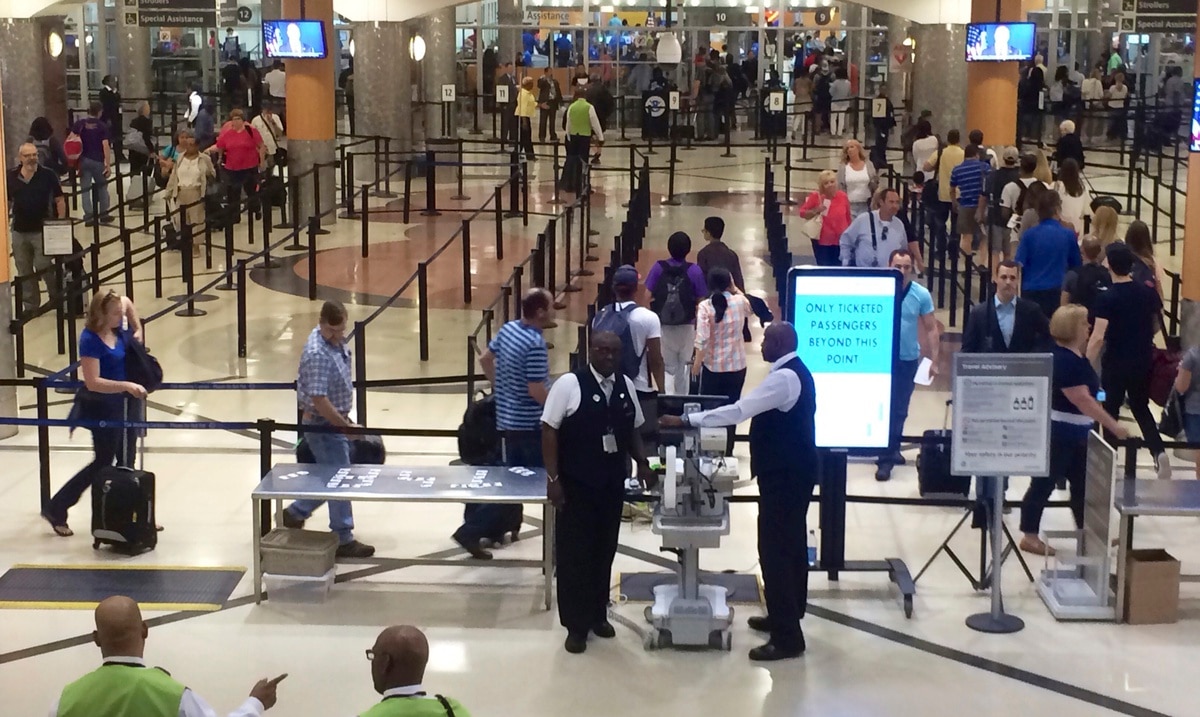 Atlanta – A passenger waiting for a baggage check in the main security screening area of ​​the Atlanta airport took a firearm from his suitcase and was shot, causing chaos among travelers and temporary suspension of flights on Saturday in the afternoon, federal authorities reported. Then he fled.

The passenger, identified as an ex-con, fled the inspection area with the weapon and ran through an airport exit, the US Transportation Security Administration (TSA) said. Authorities noted that it was not an incident with an active shooter and described the shooting as accidental.

Police later noted that they had issued an arrest warrant for the passenger, identified as 42-year-old Kenny Wells, who had previously been convicted of a felony.

An unintentional gun discharge in the Atlanta airport caused mass panic today among passengers who thought there was an active shooter.

The airport police commander, Major Reginald Moorman, said Wells was wanted on charges that included carrying a concealed weapon at a commercial airport, possession of a firearm as an ex-con, firing a firearm and reckless conduct.

“We are actively looking for this individual right now,” Moorman said at a news conference Saturday night accompanied by TSA and airport officials.

The shooting caused an uproar on social media when terrified travelers posted videos on Twitter and other sites showing moments of chaos and confusion at Hartsfield-Jackson Atlanta International Airport, one of the busiest in the country.

Authorities reported that three people suffered minor injuries, including someone who fell in the airport atrium area away from the inspection area, and two who complained of having difficulty breathing.

Police added that they had to control the crowd until things calmed down.

A TSA official said that no one was injured by a gunshot.

“We were fortunate that when the gun went off, no one was seriously injured,” said Robert Spinden, the TSA federal security director for Georgia, at a news conference at the airport. Authorities have not yet disclosed the type of weapon involved in the incident.

Users of social networks expressed that afterwards there were long lines and some lost their flights. The incident took place before travel intensifies on the occasion of the Thanksgiving Day holiday, as mistrust persists among people to move due to the current COVID-19 pandemic.

Although the Federal Aviation Administration of the United States (FAA, for its acronym in English) ordered the temporary suspension of flight departures, airport officials asserted that operations never ceased and the airport did not close its doors. They added that the airport resumed its normal activities in less than two hours.

The TSA said in a statement that it all started as the time approached for an inspector to search the passenger’s suitcase at 1:30 p.m. at the airport’s main screening point after an X-ray device detected what it was. it was described as a “forbidden object.”

The inspector “instructed the passenger not to touch the belongings, and when he opened the compartment containing the prohibited object, the passenger lunged towards the suitcase and took a firearm, at which point he was shot. The passenger then fled the area, “according to the statement.

After the police authorized the normal resumption of operations at the airport before 3:30 in the afternoon, the TSA mentioned that there was a need to recheck all passengers.

The TSA said the incident underscores the importance of all passengers checking their belongings for dangerous objects before heading to the airport.

Passengers caught with firearms at airport inspection posts face a civil penalty. The TSA said firearms are allowed under certain circumstances in search baggage provided they are unloaded and placed in a solid, lockable case.