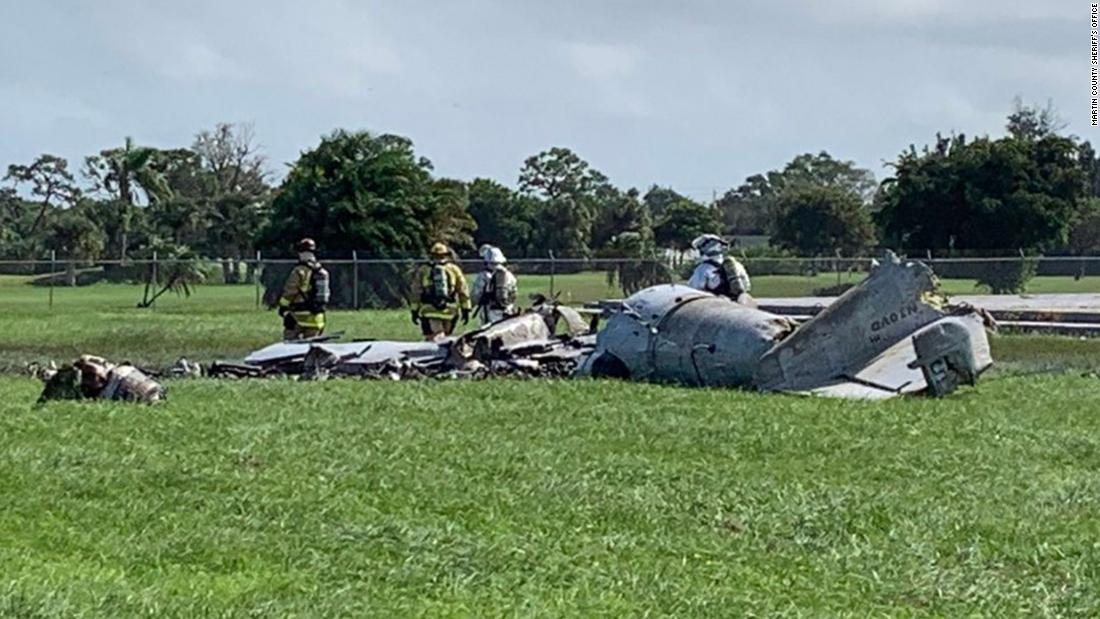 The pilot was the only person on board and no one on the ground was injured, the sheriff said.

Snyder's office tweeted a photo of the turboprop plane and emergency services. The plane was part of the Stuart Air Show in Stuart, Florida.

"There is nothing anyone could have done (to save the pilot)," said the sheriff, adding that fire and rescue personnel arrived at the scene of the accident "in a few moments."

CNN is communicating with the authorities to obtain information about the pilot.

The Federal Aviation Administration said the Grumman OV-1 Mohawk crashed at Witham Field around 1:15 p.m. ET. The OV-1 is a two-seat twin-engine reconnaissance aircraft built by Grumman for the US Army. and flown during the era of the Vietnam War.

On the Stuart Air Show Facebook page, officials wrote: “We had an incident related to one of our planes. All local and federal agencies are on site and investigating so that we can guarantee the safety of our air show before continuing. ”

It was the first of three days for the air show. The air show's Facebook page said Friday's activities were canceled and that the air show was working to reschedule activities on Saturday. At this time, the rest of the air show events will continue as scheduled.