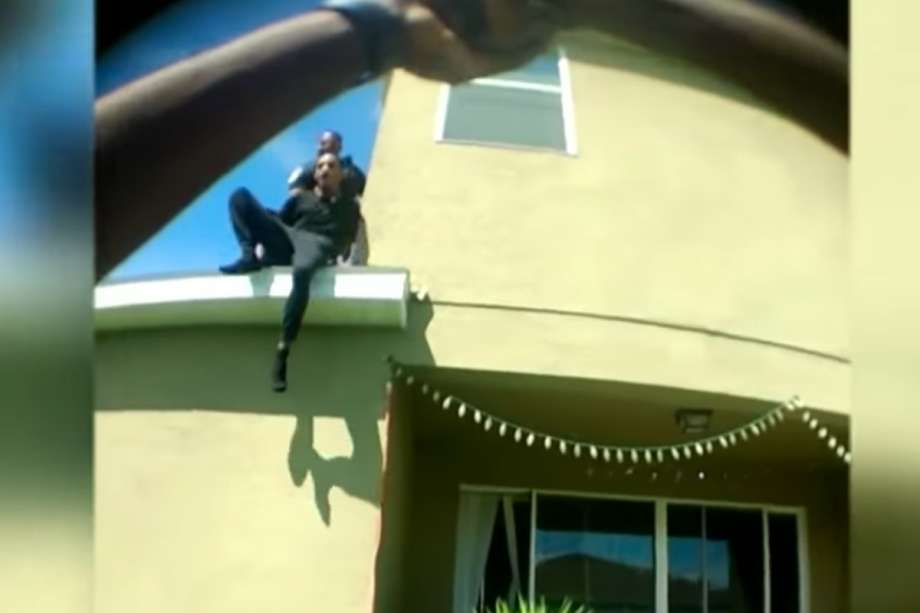 A young Latino accused of stealing his ex-girlfriend's car after an argument chose to climb a roof when he realized he was being chased by the police. One of the agents followed him while two others waited below. Everyone had their paralyzing electric guns ready for action.

What happened next on that night of March 3 in Kissimmee (Florida) has been known thanks to the body cameras of the agents.

"Push it," Sergeant Anthony Amada shouted from below. Just push it. ”

According to the images of one of the cameras disclosed by the Police Department, the officer Plenio Massiah, who had followed Yadiel Torres, 18, to the roof, obeyed the orders of his supervisor and, placing a hand on the part Torres's upper back gave him a firm push.

Torres crashed to the ground, and Amada rushed toward him and stunned him with his electric gun, according to The Washington Post.

Although Torres did not suffer serious injuries, "he could have ended up with a major injury," the Police Department admitted in an internal investigation released Wednesday by local media.

Seven months after the incident, a 41-page report concludes that pushing a suspect from a rooftop goes against police policies on the use of force.

However, for the two officers involved, the consequences have been minimal.

Amada, whose dismissal was recommended by investigators, had already submitted her resignation request in June, according to the Orlando Sentinel newspaper. The veteran with 14 years of experience in the body, also faced another complaint not related to this case but also linked to excessive use of force. He had recently been suspended for acting careless during a police chase.

Massiah, who pushed the young man from the rooftop, has been suspended for eight hours, and will complete his punishment by giving up a vacation day.

According to the documents of the accusation, the confrontation began when Torres's ex-girlfriend called police to notify that the young man had been driving his car without permission for a week.

When the officers showed up at Torres' house that night, the man reacted by climbing on the roof.

“Sergeant Amada and I,” said Officer Patrick Smith in his affidavit, “as well as Officer Massiah, we beg Yadiel several times to surrender, but he refused, so Officer Massiah pushed him off the roof because I was not complying with an order of the law. ”

Smith added that, when he fell to the ground, Torres "looked like he was going to get up," so Amada used his paralyzing gun against the young man.

The video released by the police shows that the officers' attempts to give up Torres consisted of repeatedly encouraging him to jump off the roof.

"We're going to shoot you with taser and you're going to fall, so you better jump," they told him.

Police reportedly also noted that Torres' ex-girlfriend had warned him that he could be armed, but this is a detail that did not appear in the initial documents of the incident.

When assessing Amada's behavior, the researchers considered that his 14 years of experience should have led him to a better response to a crisis of this type.

"Officers in a supervisory position are subject to even higher standards than the rest of the staff, since their guidance, influence and knowledge contribute to the overall success of the department," they wrote in the report.