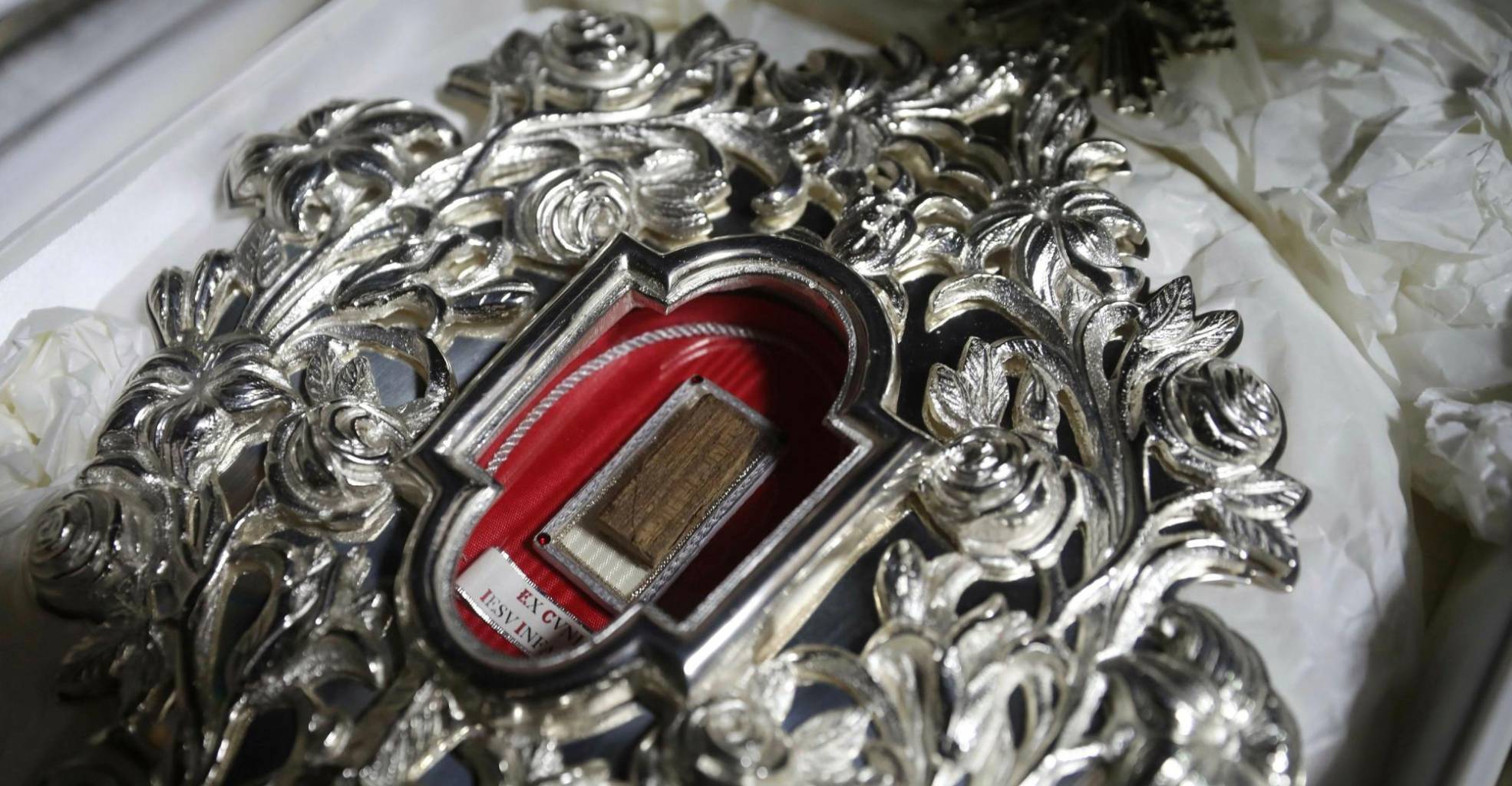 A small piece of wood that, according to Christian tradition, belongs to the cradle where the Virgin Mary placed the Child Jesus more than two thousand years ago returns to the Holy Land from Rome. A relic donated by Pope Francis that will be delivered to the Palestinian city of Bethlehem.

In the chapel of this center, today one of the most emblematic buildings in front of the wall of the Old City of Jerusalem, the relic they kissed was placed during the day and before which privileged pilgrims who visited it prayed.

Monsignor Leopoldo Girelli, apostolic delegate in Jerusalem and Palestine, delivered this afternoon of the relic with the signing of a document to Fray Francesco Patton, custodian of the Holy Land, after which the friars took it in procession inside the walled city , in the church of San Salvador.

Patton declared during the Mass that Pope Theodore had a Palestinian origin, so he received custody of the Holy Cradle, which contains wood fragments of what is believed to be the structure of the manger, and has been preserved since then in Rome, in the Basilica of Santa Maria Maggiore.

The pieces of wood are kept in a cradle-shaped urn and from this one of the fragments has been extracted that, more than 1,300 years later, has returned in a reliquary created specifically for storage.

The ceremony represented for the Custody of the Holy Land a 'historical fact' that will end tomorrow in Bethlehem, cradle of Christianity, where the relic will be exhibited in the Franciscan church of Santa Catalina, adjacent to the Basilica of the Nativity.

Tomorrow's day coincides with the beginning of the Christmas celebrations in Bethlehem, in the occupied West Bank, where the relic 'will be venerated' by faithful and pilgrims this Christmas, said Father Solana.