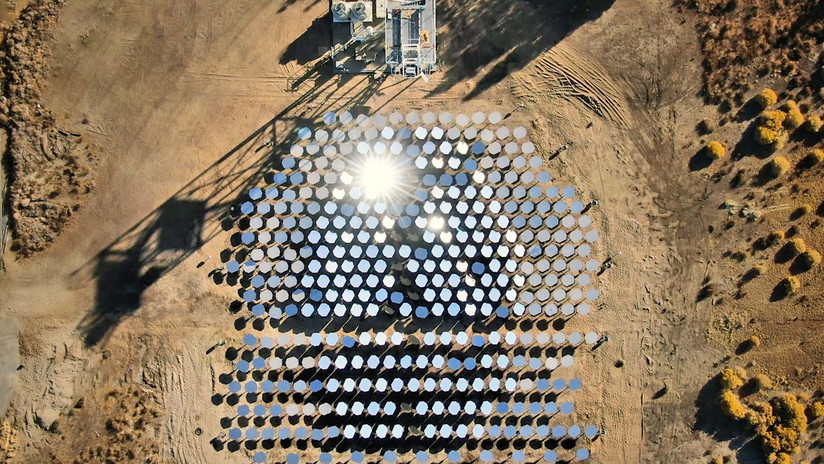 The Heliogen company tries to use solar energy to disintegrate hydrogen molecules from water, to create a gas that heats homes and fuels transportation and factories, among other projects.

Microsoft co-founder and richest man in the world, Bill Gates, is investing in a new company that seeks to convert solar energy into heat above 1,000 degrees Celsius in his desire to feed the heavy industry without fossil fuels.

The billionaire has joined the investors of Heliogen, a company that, among other things, tries to use solar energy to disintegrate hydrogen molecules from water and create gas that heats homes and fuels transportation and factories, reports The Guardian.

The Californian company has developed a 'software' that aligns a huge set of mirrors to reflect sunlight towards a target, creating a source of heat almost three times more intense than previous commercial solar systems.

With this method, high enough temperatures can be generated to make cement, which is the third largest source of carbon dioxide emissions, without using fossil fuels.

"Today, industrial processes such as those for the production of cement, steel and other materials, are responsible for more than a fifth of all emissions. These materials are ubiquitous in our lives but we do not have any proven progress that gives us affordable and carbon-free versions. If we aspire to zero carbon emissions, we must make many inventions, "Gates said.

In addition to Gates, investors include the venture capital firm Neotribe and Nant Capital, which belongs to billionaire Patrick Soon-Shiong.

Bill Gross, CEO and founder of Heliogen, said his company's technique represents a technological leap in the management of greenhouse gas emissions caused by heavy industry and transportation, accounting for 75% of the global carbon footprint. .

The Paris Agreement, ratified by 195 countries in December 2015, set the objective of limiting the increase in temperatures to 1.5 ° C above the pre-industrial levels by reducing greenhouse gas emissions.