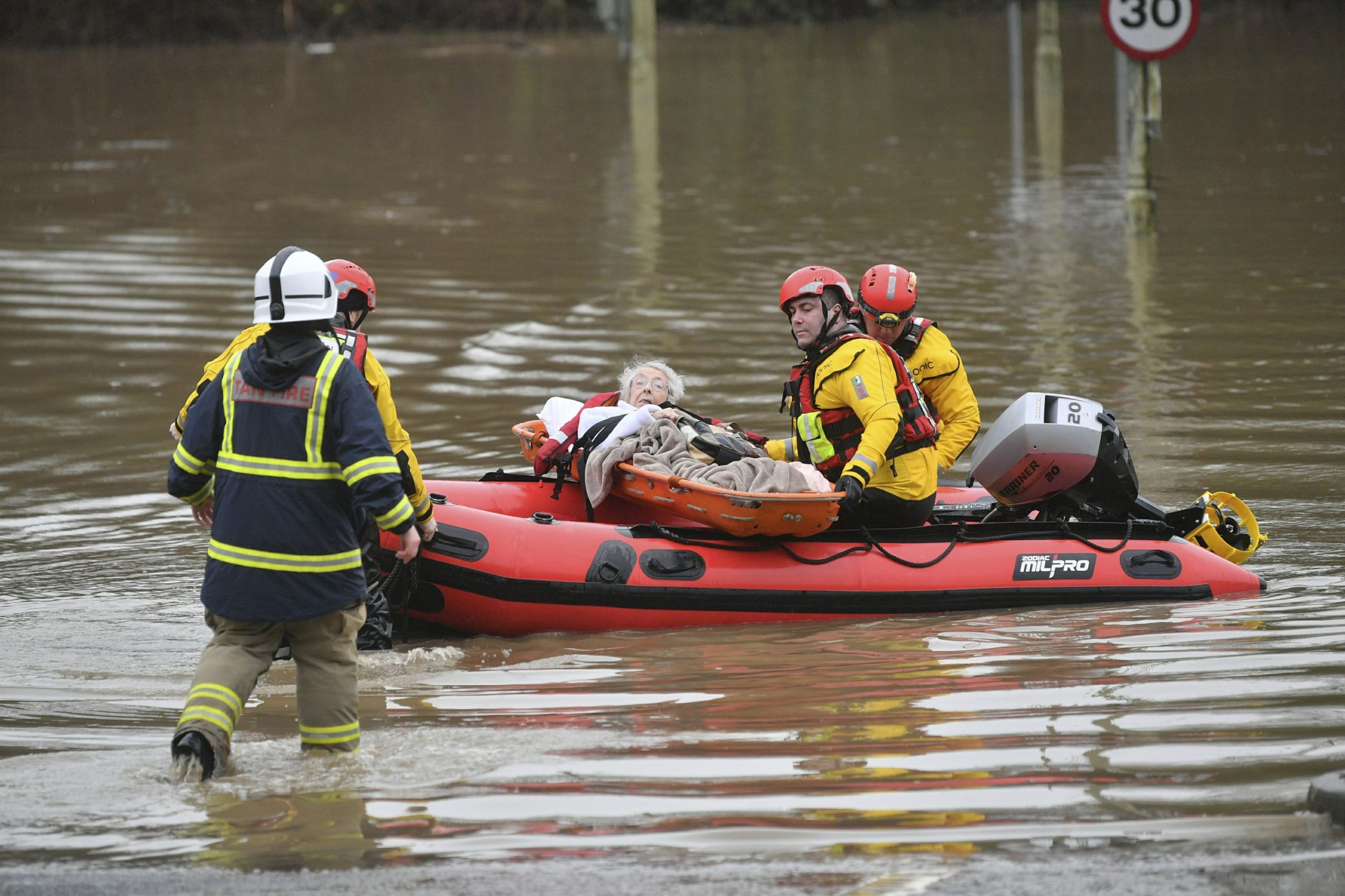 LONDON (AP) – Storm Dennis hit Britain on Sunday with strong winds and showers, causing authorities to issue about 350 flood warnings, including a “red warning” for dangerous floods in South Wales.

The British meteorological service, the Met Office, only activates that level of alert when it is believed that the weather will be a “danger to life.” It was the first time the agency activated that warning since December 2015. Hours later the level was lowered to “amber”, which still warned of a significant effect of flooding.

The Met Office expected up to 140 millimeters (5 and a half inches) of rain to fall in South Wales before rainfalls subsided later Sunday. The Taff River had already overflowed in the Welsh town of Pontypool.

There were active warnings for flooding throughout Britain, from northern Scotland to Cornwall, in southwestern England.

There were four other amber ads in England and Wales. That category of warning implies that people must be prepared to change plans and protect themselves and their families from the storm.

Although experts hoped that the worst of the rains would have ended by Sunday night, flood warnings could remain active longer because much of the land was still saturated after the passing of the Ciara storm last week, which caused eight deaths in different European countries.

“Although the heaviest rains have withdrawn from Northern Ireland and Scotland, England and Wales will continue to record downpours on Sunday, with a risk of serious flooding in some places,” said Andy Page, chief meteorologist at the Met Office.

Two deaths had already been attributed to the fourth storm named after winter. The bodies of two men recovered on Saturday from the waters in two separate operations off the southeast coast of England. In the Welsh town of Aberdaron, meanwhile, winds with hurricane force of up to 146 kilometers (91 miles) per hour were recorded.

Hundreds of flights were canceled due to high winds, and flooding caused repeated interruptions in rail services. The complications affected tens of thousands of travelers on a key weekend for British families, as schools closed for mid-winter vacations.

Some 75 military and 70 British reservists on Saturday helped populations in the flooded region of the Calder Valley in West Yorkshire, raising flood barriers and repairing flood defenses.