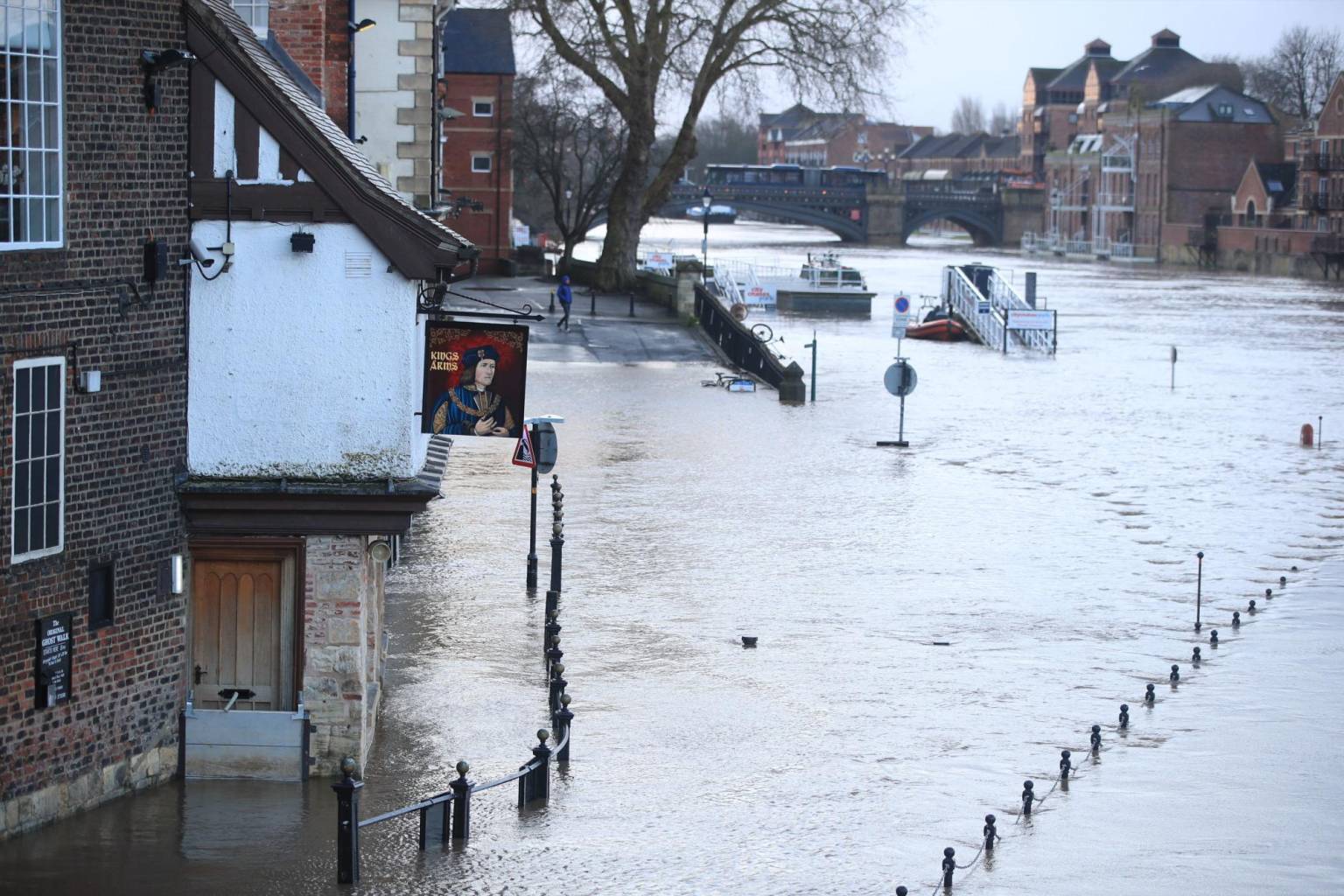 Several deaths related to the storm. A driver in the southwest of the Czech Republic, another in Slovenia and a third in the south of England died from the impact of felled trees on their cars.

Two people died in Poland after the storm tore off the roof of a ski equipment rental building in Bukowina Tatrzanska, near the border with Slovakia, and threw it on people waiting next to a ski lift, according to police . Two other people were injured.

A man drowned in Lake Fegen, in Sweden, after the ship was wrecked where he was with another person, who was still missing, according to the newspaper Aftonbladet.

Britain took the worst part on Sunday and more than 20,000 homes spent the night without electricity. Parts of the country were preparing for blizzards and snowfall on Monday.

“Although the storm Ciara is moving away, that does not mean that we are entering a quieter period of time,” said Alex Burkill, meteorologist at the Met Office. “It will remain very unstable.”

After the storm, many areas of the country woke up flooded and several rivers overflowed after receiving the usual rain of a month and a half in just 24 hours. The authorities maintained about 180 flood warnings throughout the country. In northwest England, residents were evacuated around the overflowing Irwell River.

In the Scottish town of Hawick, on the border with England, a restaurant and guest house collapsed on the Teviot River. No one was injured.

British transport w as greatly affected, with delays and cancellations on flights, ferries and trains. The drivers found difficult conditions due to flooding, fallen trees and other objects that blocked roads. The authorities urged people to inform themselves about the state of their route before making their usual trips.

British Airways said in a statement that there would be a “minor adjustment effect” on its Monday schedules.

The storm hit the Isle of Wight on the south coast of Great Britain on Sunday, with gusts of 156 kilometers (97 miles) per hour. Driven by the wind, a British Airways plane seemed to have made the fastest journey between New York and London for a commercial aircraft, and arrived 102 minutes ahead.

The storm had already left France for the most part, although meteorologists warned that the Mediterranean island of Corsica could record winds of up to 200 kilometers per hour on Monday. The waves hit the north coast and the wind overturned a truck on the A2 motorway that connects Belgium and France. About 130,000 homes were without power on Monday morning in France, from Brittany, in the west of the country, and to Normandy and the northern regions.

In Germany, electricity companies worked on Monday morning to restore service in some 50,000 homes in northern Bavaria. Rail services in the largest economy in Europe were also very affected and many people could not get to work. Deutsche Bahn said Monday that it was slowly resuming long-distance routes in the north of the country, but warned people to have more service disruptions. The airlines canceled hundreds of flights that were going to leave German airports.

The storm, nicknamed Sabine in Germany, also caused schools to close in several cities and regions, such as the state of North Rhine-Westphalia, where several people were injured by fallen branches and felled trees.

Meteorologists expected the gusts to reach 140 kilometers (87 miles) per hour on Monday in mountainous areas of southern Germany.

Some 96,000 homes were without power in the Czech Republic and at least seven flights were canceled at the Prague International Airport.