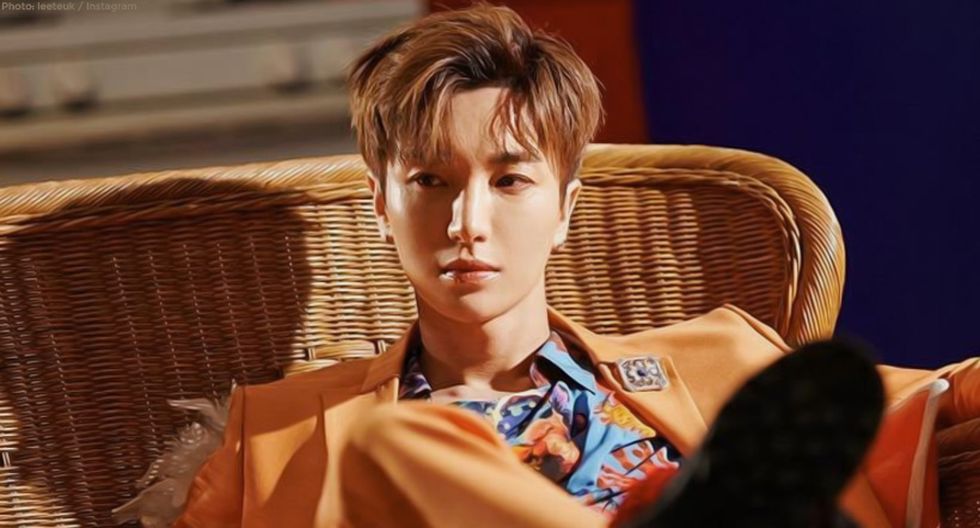 Despite the exponential growth experienced by K-pop thanks to its internationalization, the genre has been suffering severe blows in recent years, after the abrupt deaths of its stars. Figures such as Jonghyun of SHINee and Sulli of F (x) found in death the end to the depression they suffered because of overwork and the pressures of the industry they worked for. However, the tragedy has not only knocked on the door of the idols ’, but has also affected its immediate surroundings.

Super Junior, one of the most important male groups of K-pop, ran into misfortune several times. Probably the most remembered "and media" was when the leader of the group, Leeteuk, suffered the death of his father and grandparents on the same day. This family tragedy was only one of the last expositions of a problem that afflicts South Korean society for many years.

By January 2014, Leeteuk (Park Jung Soo) was 31 years old and was serving mandatory military service in South Korea. His professional life began to be calm, after almost a decade of uninterrupted successes with Super Junior. The group had released their sixth album "Sexy, Free & Single", had performed four solo concerts called "Super Show" and had debuted in the Chinese and Japanese markets. However, its members were already reaching the age limit to fulfill their military responsibility. Thus, the so-called uk Teukie ’could no longer delay his entry to the militia and, in October 2012, he joined the army.

It was a year and nine months of apparent serenity, in which the Super Junior leader enjoyed a well-deserved rest in his activities as a singer. However, worries had never really disappeared from his life. The young artist faced family problems from a very young age that discreetly afflicted him. Despite being the youngest of two brothers, he had to take responsibility for the care of his mother and sister, after the separation of his parents. Park Yong In and Yoo Sook Young divorced in 1998 and, since then, Leeteuk and his sister remained in the care of their mother.

The relationship between the K-pop singer and his father was always good, even though Mr. Park Yong In lived in the company of his parents and away from his children. He visited Leeteuk sporadically during his activities with Super Junior, but the problems he dragged prevented him from getting closer to his family. The great debt that afflicted him for some years had caused the seizure of his house and the impossibility of starting a new business. His father – Leeteuk's grandfather – had become ill and was diagnosed with dementia. This evidently overwhelmed Mr. Park Yong In, who was forced to take care of his father. However, a year later, his mother also fell in bed because of lung cancer. The situation could not get worse.

Super Junior Leeteuk, with his father and sister. (Photo: Diffusion)

Leeteuk's seclusion in military service and the reserve with which his father handled his grandparents' illness prevented him from intervening enough as he would have liked. The unsustainable circumstance prompted Mr. Park Yong In to move his parents to a nursing home. However, one day before the transfer, on January 6, 2014, Leeteuk's father regretted his decision and, in an act of despair, killed his parents by strangling them. Minutes later, he killed himself by hanging from a closet.

According to the Dongjak Police Department, it was one of Leeteuk's cousins ​​who alerted them to what happened after finding the crime scene in the house where the victims lived. According to the investigation report, the grandparents of the K-pop singer (Park Hyun Suk and Chun Kyung Tae) were found lying in bed with signs of strangulation, while his father Park Yong In was found in the same room hanging from the closet . Near him, the police discovered a letter written by Leeteuk's father that said: “I will take my parents and go to heaven together to live well. I'm sorry for my children. " The realization of multiple homicide and suicide was confirmed. Given this obvious picture, the researchers gave up on performing an autopsy on the bodies.

The first news about it spoke of a car accident as the cause of death of Leeteuk's paternal family, but as the hours went by, the family tragedy was corroborated. The Super Junior leader was still in military service when he received the news. Once he learned, he immediately moved to the scene with his sister and mother. The South Korean militia had granted him five days of leave to participate in posthumous ceremonies. As part of them, the wake was held at the Medical Center of the University of Korea, which was attended not only by the bereaved, but also close friends and groupmates of Leeteuk. Within the media coverage of the event, the presence of Heechul, Kangin, Eunhyuk, Ryeowook, Donghae, Siwon, Kyuhyun, Shindong and Hangeng of Super Junior could be appreciated.

After a few days of family mourning, Leeteuk returned to the army to complete his military service for the remaining five months. On July 29, 2014, he ended his enlistment period and continued his activities as a Super Junior singer. In August of that year, the South Korean group premiered their seventh album "MAMACITA" and returned to the stage with the "Super Show 6".

Although after the ‘Teukie’ tragedy he looked devastated, he had never spoken about it until two years later. At a press conference in November 2016, the singer revealed that his father's debt amounted to 5 billion won (approximately 4 million dollars); he tells that he tried to settle selling his car and looking for alternate jobs. He also confessed that he does not hold a grudge against his father for what happened, despite the fact that he suffered from depression when he faced the incident. “I was suffering from depression when I heard on the news that my father and my grandparents had died. I am telling you the story of my family so they know that the life of a celebrity is not what it seems as it is full of despair and sadness like the life of any person, ”he said.

Currently, five years after the tragedy that enlutted Leeteuk's life, this is enhanced by promoting the ninth Super Junior studio album "Time Slip" (2019). So far, the K-pop group has released two video clips (“I Think” and “Super Clap”) that, judging by their good reception, would confirm that there is 'SuJu' for a while, almost 15 years since its debut musical.