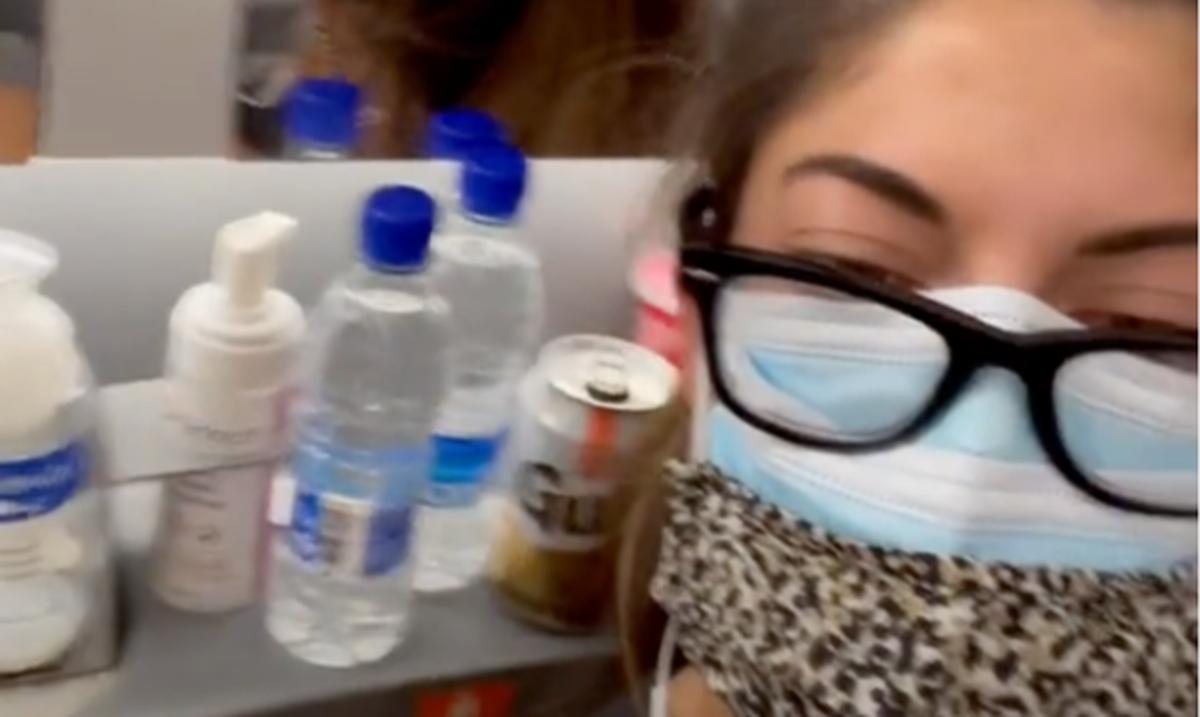 Miami – A Michigan teacher spent five hours locked in the bathroom of the plane on which she was traveling from Chicago to Reykjavik after discovering she had COVID-19 through a rapid test carried out during the flight, a television channel reported.

Marisa Fotieo confirmed to NBC News that she decided to isolate herself in the bathroom so as not to endanger the other occupants of the Icelandair company plane in which she traveled to Iceland on December 20.

The video he recorded with the phone for TikTok from “his VIP quarantine place” has been viewed more than three million times so far.

The teacher told NBC that “it was a crazy experience” that she had on her trip.

Fotieo’s throat started to hurt mid-flight and he decided to use one of the rapid COVID-19 tests that he carried with him for the trip and go to the bathroom to see the result.

“I took her to the bathroom and in what seemed like two seconds, two lines appeared (positive test),” he said in the interview.

The teacher decided to isolate herself so as not to infect the other people on that flight, which she said were about 150, and managed to stay in the bathroom thanks to the help of an “angel”, the stewardess Ragnhildur “Rocky” Eiríksdóttir.

“He made sure I had everything I needed in the next five hours, from food to drink, and he constantly took an interest in my condition and made sure I was going to be okay,” Fotieo said.

When she arrived in the Icelandic capital, the teacher was quarantined in a hotel operated by the Red Cross, where she spent Christmas.

The flight attendant, who kept in touch with her after the flight via social media, even sent her flowers and a small Christmas tree so she wouldn’t lose the holiday spirit.

According to provisional figures released this Thursday by the World Health Organization (WHO), the world registered 1.35 million infections by covid-19 in the past 24 hours, a daily figure never seen before and that exceeds 40% the previous record.

This strong increase seems to be associated with the rise of the omicron variant, considerably more contagious than the delta, although the WHO considers that it is the combination of the two that is causing the current “tsunami of cases”.

The current wave is the fourth globally experienced in the pandemic this year, after those that had their peaks in January, April and August, these more associated with variants such as alpha (first detected in the United Kingdom) or delta (in India).

However, the current wave is the first in 2021 that does not seem to be associated with an increase in deaths from covid-19, which could be linked to the higher vaccination rate in many countries affected by the omicron variant.