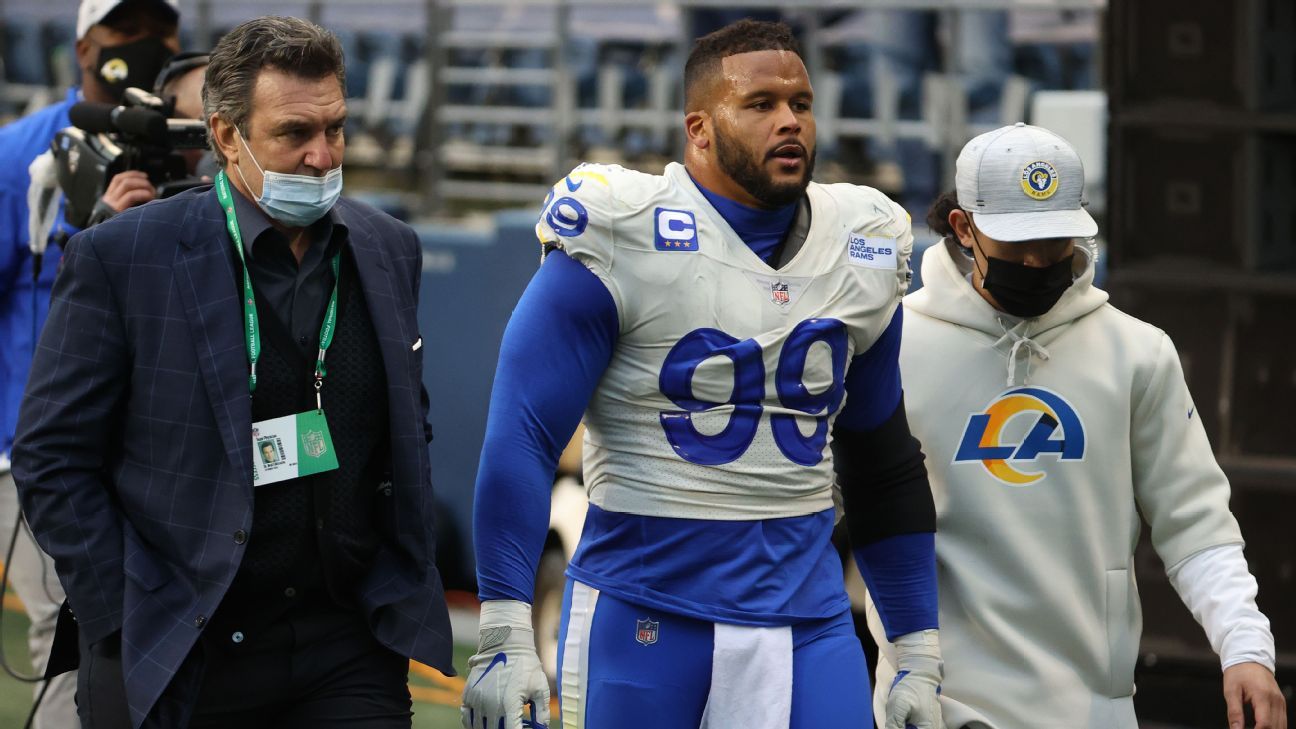 According to Donald’s lawyer, the Rams player did not hit the alleged victim and instead tried to help him

Casey White, an attorney hired by Donald to represent him following allegations against him Wednesday, told ESPN that Spriggs threw a bottle at Donald, before others around Donald intervened.

“As he’s crouching down, someone from behind grabs him to keep him from interacting with this guy, Mr. Spriggs, so in a sense he’s holding Aaron back,” White said. “That’s when other people come to Aaron’s aid and defend him by taking, so to speak, Mr. Spriggs out of the area where he gets punched and is fighting; it’s a mutual fight at this point between people Aaron doesn’t know about.” .

White said they got five eyewitness accounts and that Donald ultimately helped drive people away from Spriggs.

“Aaron actually runs to the aid [de Spriggs] And he’s starting to push this guy away, “White said.” He’s trying to get these guys out of Spriggs; He takes at least two or three people out of Spriggs and at that moment, someone grabs Aaron and says, ‘This is not a good situation, let’s get out of here.’

Attorney Todd J. Hollis said his client, Spriggs, required 16 stitches and suffered an orbital bone fracture, a broken nose, a concussion, and a sprain or fracture of his arm. The alleged attack occurred around 3 a.m. Sunday, Hollis said, and the attorney posted a photo showing Spriggs with facial wounds and swelling.

According to Hollis, Spriggs accidentally collided with Donald and an incident occurred inside the nightclub that caused both parties to be asked to leave. White said Spriggs dug his elbow into Donald’s back, which Donald initially rejected thinking it was probably someone he knew.

White said Spriggs was escorted out of the establishment, which he described as “a private party at someone’s apartment” over the bar area.

According to White, Donald and a colleague left the party shortly after, where they ran into Spriggs in the back alley of the exit.

White said he does not expect Pittsburgh police to press charges against Donald.

The Rams released a statement saying they are aware of reports on Donald, who is a three-time NFL Defensive Player of the Year and a seven-time Pro Bowl selection with 85.5 sacks in his career.

“We are gathering more information and will have no further comment at this time,” the Rams statement said.

The 29-year-old Donald hails from Pittsburgh and was a star college player in Pittsburgh, where he often trains during the offseason. He also has several charitable initiatives in the area.

The Rams selected Donald with the 13th overall pick in the 2014 draft. He is in the midst of a six-year, $ 135 million extension.