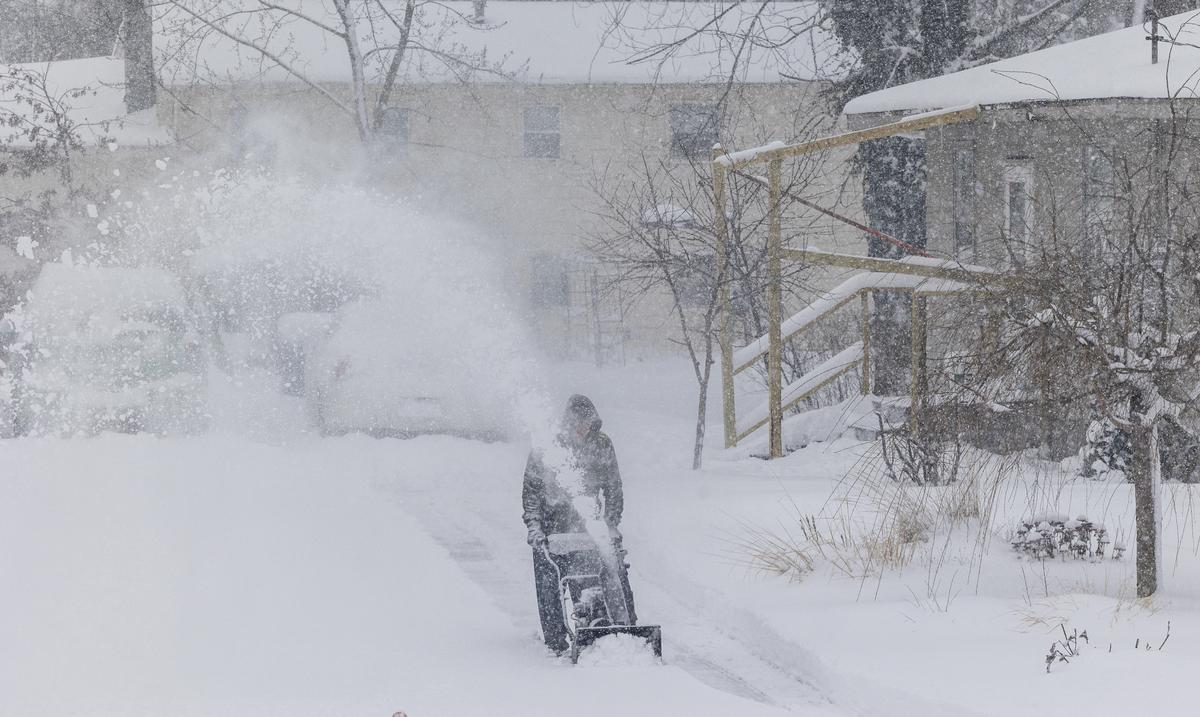 Tennessee – A winter storm covered parts of the southern United States in snowfall, freezing rain and hail on Thursday, blocking some roads in Tennessee as it passed through the Appalachians to the mid-Atlantic and the northeast of the country.

The storm began to hit the Nashville area Thursday morning. The Nashville Weather Service reported that by noon, 1.5 to 3 inches of snow had fallen in most of the area. Areas south of the city were experiencing freezing rain and sleet.

The Nashville area could expect rainfall to subside in the late afternoon and early evening, with forecasts of between 3 and 5 inches of snow, the service added.

Authorities reported several collisions for the afternoon. A section of Interstate 40 was closed due to a fuel spill after a crash, police said.

The storm also hit Memphis and surrounding Shelby County, where schools canceled classes and city courts closed their doors. Snow began to fall in the area in the middle of the morning, following freezing rain and sleet. Some flights were canceled at the Memphis International Airport.

The situation forced First Lady Jill Biden to cancel a trip planned for Thursday. His original plan was to inspect the damage caused by a tornado that struck Bowling Green in Kentucky last month.