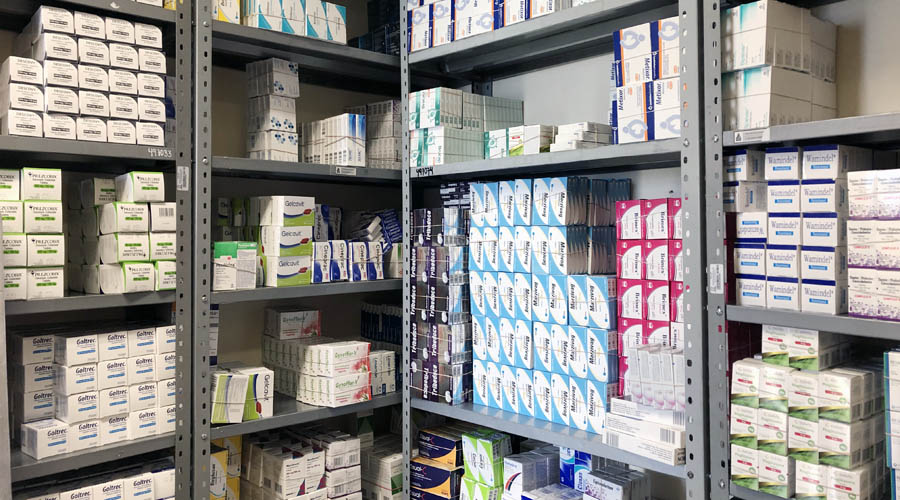 Unlike other health centers or institutions that have a shortage of medicines since the beginning of the year, the State Council for the Prevention and Control of AIDS (Coesida) has enough keys for user care.

The director of Coesida and the Outpatient Centers for the Prevention and Care of AIDS and Sexually Transmitted Infections (CAPASITS), Gabriela Velásquez Rosas, said that to date this agency does not have a shortage, because the pharmacy and warehouse areas have the antiretrovirals and medications that are required.

While hospitals such as the Civil Hospital or that of the Oaxacan Childhood showed a few days ago the shortage of some keys and healing material, in the Coesida the users who attend each month are covered.

To this coverage in medicines is added the recent acquisition of three Mobile Detection Units, which will reinforce the detection activities that have been carried out since 2009, after the delivery of the first Mobile HIV Detection Unit.

The director said that the function of the Mobile Units is to bring the general population free of charge of rapid tests for early detection of HIV, reaching both rural and urban areas of the Oaxaca entity.

“The acquisition of these three Mobile Units was carried out through a 2019 investment project, based on the prevention and detection needs that we have as an institution,” he said, after noting that the amount allocated to the purchase of these units was exceeding 2 million pesos.

This epidemic is concentrated in the heterosexual group with 49.4% of the total cases, and by gender it is the male that represents 78.8%. By age group 77.4% corresponds to the group of 15 to 44 years.

The director said that all tests are carried out under the standards mentioned in the Official Mexican Standard NOM-010-SSA2-2010, which mentions that they must be carried out under the informed consent of the people, under the principle of their confidentiality. Velásquez Rosas urged the entire population to be tested for HIV at least twice a year, which can be requested in the Mobile Units that travel through different points of the entity, in the CAPASITS and in the Medical Units of the Oaxaca Health Services (SSO).