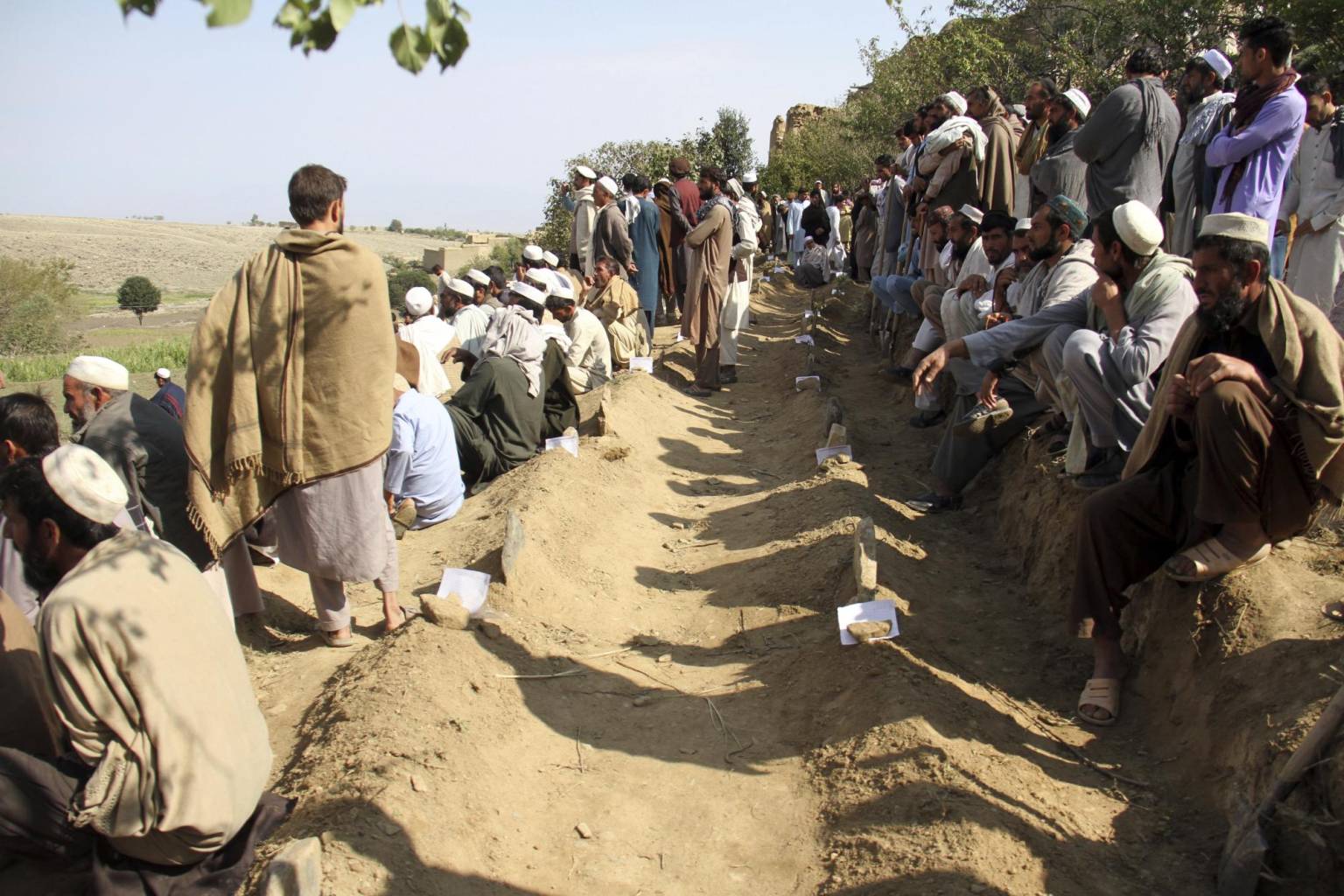 KABUL, Afghanistan (AP) – Hundreds of villagers attended funerals in eastern Afghanistan on Saturday for victims of a bombing that killed 66 people during prayer at a local mosque.

Attahullah Khogyani, spokesman for the governor of Nangarhar province, said the explosion also left 36 wounded when it exploded while dozens of people gathered for prayers in the village of Jodari.

At the moment it was not clear if the mosque was attacked by a suicide bomber or was some other type of bombing, he added.

The most recent death toll was 66 and dozens of wounded have been discharged from the hospital after being treated, he said.

Villagers in the adjoining Haskamena district said there were more than 100 parishioners when the bomb exploded in the mosque.

Gulab Shinwari, a villager, said that when he arrived at the site of the explosion with other locals they saw "a harrowing scene."

At the moment no one claimed responsibility for the attack, but both the Taliban and the Islamic State group are active in eastern Afghanistan, especially in Nangarhar province.

However, Zabihullah Mujahid, a Taliban spokesman, condemned the attack and called it a serious crime.

The United Nations Secretary General, Antonio Guterres, "strongly" condemned the attack and said that the aggressors should be held responsible, a spokesman for his office said.

The violent incident happened just after a United Nations report was published indicating that Afghan civilians die in record numbers since the country's most brutal war began, noting that more civilians died in July than in any previous month since The UN keeps track.

"The deaths of civilians at historical levels clearly demonstrate the need for all parties involved to pay much more attention to protect the civilian population, including conducting a conduct review during combat operations," said Tadamichi Yamamoto, the special representative of the UN Secretary General in Afghanistan.