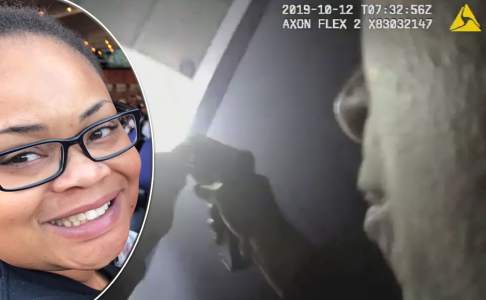 A young black woman killed in her home in Texas by a white police officer during a failed intervention, pointed a gun at the officer for fear of an invasion of her home, according to research documents published Tuesday.

Atatiana Jefferson, 28, was seriously injured on Friday night by Aaron Dean, an agent sent to the girl's house in Fort Worth, near Dallas, after an alert call. A neighbor was concerned that the front door was open and the policeman, who was outside, shot through the window of the house.

Video: Police kill African-American woman in her own home

Local police chief Ed Kraus told a news conference on Tuesday that it seemed "normal for her to have a gun if she felt threatened or if there was someone in her garden."

According to the criminal indictment, citing Atatiana Jefferson's 8-year-old nephew, the victim was playing a video game with the boy when he heard a suspicious sound in his garden. Apparently he took a gun out of his bag and pointed it at the window before being shot.

The lawyer of the victim's family, Lee Merritt, seemed to confirm the child's testimony to journalists and accused the police of putting together a strategy to cover the officer.

Jefferson was a pharmacist

"It was very appropriate that Mrs. Jefferson had a weapon" if she thought "that someone was stalking in her garden at 2:00 am," said Merrit, who clarified that the weapon was legally purchased and with a permit.

This graduate in biology, employed at a pharmaceutical company, had opened the door for the air to cool the house, said her family, who also claimed that Fort Worth police ceded the command of the investigation to a federal service.

The document handled by the authorities indicates that the police officer was not identified as such during the check, but does not say if he saw a gun.

The case revived the debate about police violence and discrimination against the American black minority.

Aaron Dean was charged with murder on Monday after he resigned from the Fort Worth Police Department and was released on bail on Tuesday.