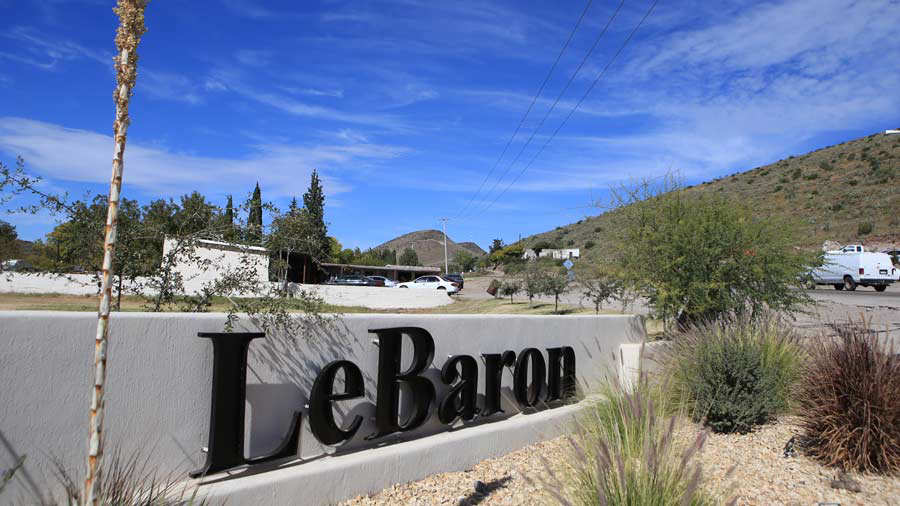 Some 100 members of Mormon families arrived in Arizona in an caravan of 18 vehicles on Saturday after leaving their homes in Mexico after a violent shooting attack against members of LeBarón who belonged to their community in that country.

The families arrived almost a week after Monday's ambush in which nine women and children were massacred – according to authorities – by drug cartels hired assassins.

These are the nine dead of the LeBarón family: Rhonita, Dawna and Christina, and the minors Trevor, Rogan, Howard, Krystal, Titus and Tiana.

On Saturday, families loaded fuel at a gas station in Douglas, near the access port when the sun began to set, according to the Arizona Daily Star.

They bought gasoline, put air in their tires and bought food before embarking on the way to Tucson and Phoenix.

They carried all their belongings in their vans: boxes, bicycles, spare tires and suitcases, because they were leaving the region in Mexico that they considered their home since the 1950s.

The families had lived in two communities in the state of Sonora, in northern Mexico: La Mora and Colonia LeBarón. Other inhabitants of these communities planned to leave in the next few days.

Authorities patrol near the Las Moritas ranch belonging to the LeBarón family in Mexico. Photo / AFP

Monday's ambush shot occurred when a group of women traveled with their children to visit relatives.

The spread of these Mormon communities began more than half a century ago, when the Church of Jesus Christ of Latter-day Saints put an end to polygamy and families with several wives were forced to emigrate from the United States to settle elsewhere.

Bryce Langford, whose mother was one of the women killed, told the Daily Star on Saturday that he was going to visit his brother in a hospital in Tucson.

Langford's mother, Dawna Ray Langford, 43, was killed with two of her 11 and 2 year old children. She is survived by 11 children and her husband, Bryce Langford told the newspaper.

Of the children who escaped, one was shot in the face and another in one foot. One girl suffered gunshot wounds in the back and one foot.

Another of Langford's brothers hid six children in the undergrowth and walked back to La Mora for help.

"We are very proud of him," Langford told the newspaper. "Having the ability to make such decisions in those circumstances is something that not many people are in a position to say they can do."

A girl, who was initially lost, walked in another direction despite her gunshot wounds to get help.

Langford said the community was aware of details of the gunmen's assassins in recent months, and several inhabitants had considered leaving.

The vehicle in which Rhonita Miller LeBarón, a Chevy Tahoe, was transported was the first to be shot. In the car, the woman and her children, Howard (12 years old), Krystal (10 years old) and the twins Titus and Tiana (eight months) were driving. After the murder he was set on fire. Photo / AFP

After Monday's ambush, the inhabitants decided that leaving was what they had to do for their own safety, Langford told the Daily Star.

Having to leave suddenly seems like something he had only seen in the movies but he never thought it would happen to his family, Langford said.

Most families go to Phoenix, and others to Tucson. They do not know where they will be established in the long term, Langford said.

Leah Langford-Staddon told The Associated Press that her mother and another sister, Amy, arrived in Arizona with as many belongings as they could get into their vehicles.

Angford-Staddon said that those who left are planning to divide up among their different relatives, for now, although they would eventually wish to settle together in a new place.

“All yesterday (Friday) they were packing. Very hurried, ”she said by phone from Tucson, where she is in a hospital where five children injured in the attack are treated.

Those who left quickly decided to leave their assets, Langford-Staddon said. "When you have to do it, it's about things that can be replaced," he said.

The people of La Mora had declined in recent years because some kept their homes but only visited them a few times a year, Langford-Staddon said.

However, Langford, who grew up in La Mora but now lives in North Dakota, said it was not easy for his family to leave behind the land they considered their home for more than 50 years.

"The goods they have acquired there are huge," he said. “And having to leave overnight and leave everything behind; There are definitely many sad people here. ”