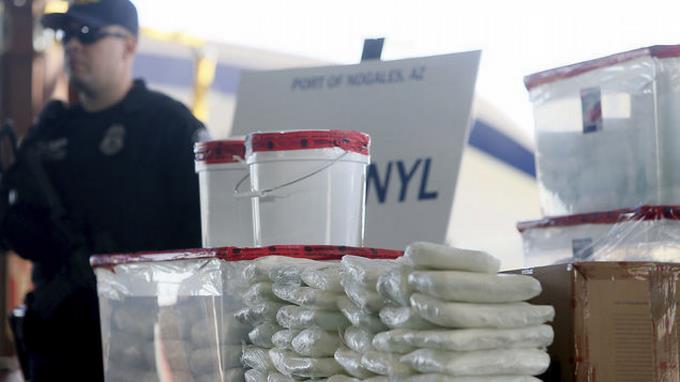 A man of Dominican descent pleaded guilty in New Hampshire to participating in a money laundering conspiracy based on his role in a fentanyl traffic operation that generated thousands of dollars per day.

The proposed guilty plea agreement for Sergio Martinez, 29, would require him to serve a 45-year prison sentence and lose $ 2 million in cash, as well as the seizure of three houses in Lawrence.

Martinez's guilty plea came on the sixth day of a jury trial in federal court. It is scheduled to be sentenced early next year.

Prosecutors accused a total of 34 people of participating in the conspiracy. Many pleaded guilty and await sentencing.

The testimony at the trial showed that Martinez, who said in a recorded phone call "what we give is poison," handled numerous people, including brokers, telephone dispatchers and people who mixed and packaged drugs.

Prosecutors said investigators confiscated more than 12 kilograms (26.5 pounds) of fentanyl from the Martinez organization during the investigation.

They said the testimony showed that there were three groups of clients. The first group ordered the smallest amounts of drugs. The phones that used to communicate with them were in a house known as "the base."

Dispatchers answered hundreds of calls from customers who placed fentanyl orders daily and told them to meet with distributors in Lawrence and Haverhill, Massachusetts, and sometimes in Salem, New Hampshire. The distributors had 200 grams of fentanyl bags that cost $ 6,000 each. They said they sometimes had lines of 10 to 15 customers, most of them with New Hampshire license plates, waiting for them on the street.

Prosecutors said drug traffickers testified that they provided Martinez between US $ 30,000 and US $ 35,000 per day based on total drug sales.