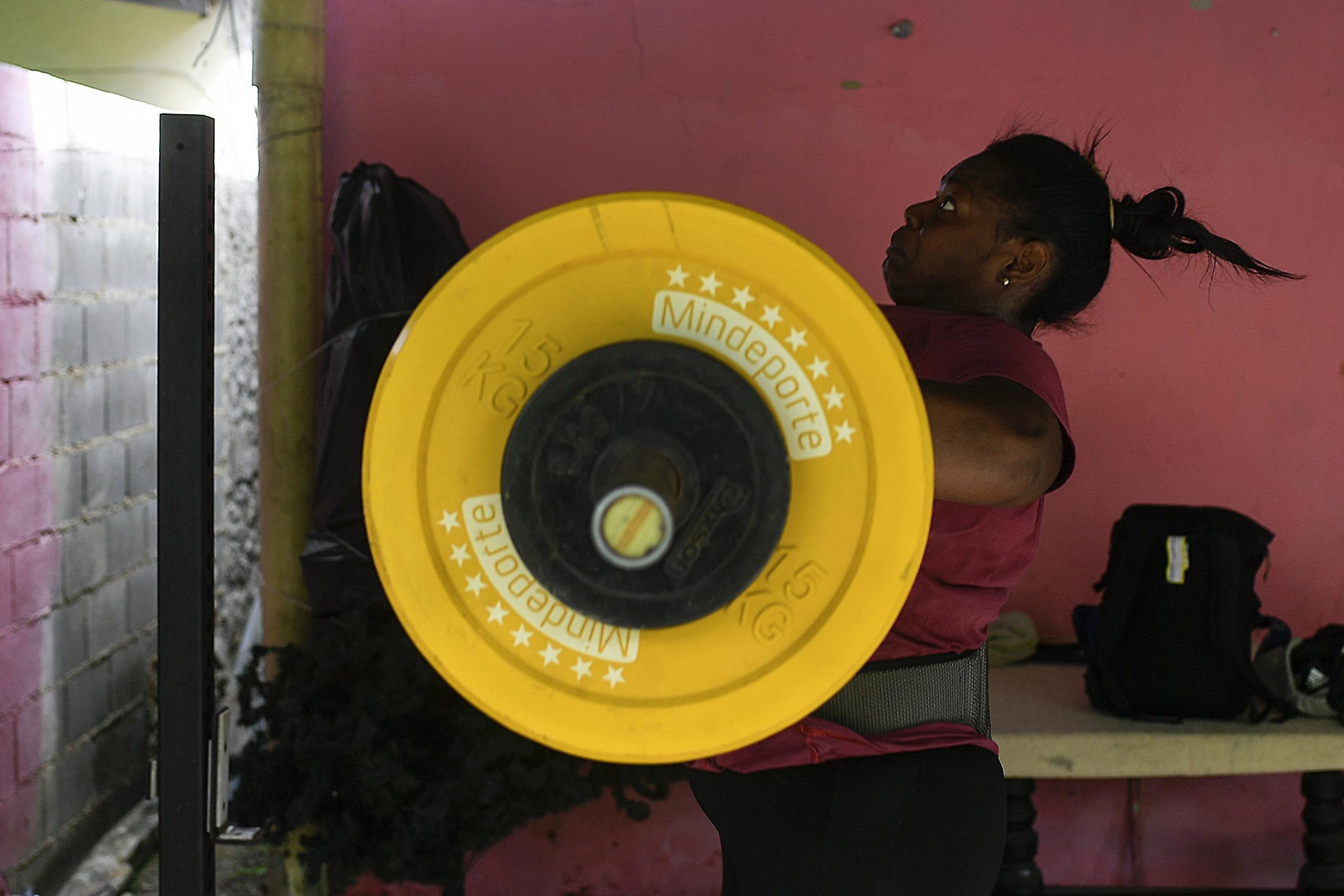 SAN JOSÉ DE BARLOVENTO, Venezuela (AP) – Like every day under a sweltering sun, Ahymara Espinoza goes to train on a dusty baseball field in her hometown of San José Barlovento, in central Venezuela.

But not to wield a bat or put on a glove. Without sustained support from Venezuelan sports authorities or a coach, Espinoza struggles to stay healthy and improve his shot put technique, the discipline he has practiced since he fell in love with athletics at age 11.

The challenges have been a lot since then, but what he experienced between 2020 and 2021 has been the hardest of his sports career.

The most difficult thing in the last year was not to lose heart at a time when she was overwhelmed by multiple obstacles that prevented her from participating in international tournaments, due to the Venezuelan crisis and the coronavirus pandemic.

Just on Wednesday, the Venezuelan Olympic Committee confirmed on Twitter that Espinoza qualified for the Olympics by virtue of his ranking. It will be his second Olympic participation, since he was also in Rio de Janeiro 2016.

But this classification was obtained by defying adversity.

The suspension of many tournaments on the one hand and the lack of funds on the other, forced her last September to interrupt her preparation in Slovenia. Upon returning to Venezuela, she did not receive any support to continue her preparation, so she was forced to train on her own.

“Unfortunately, I don’t know what happened; I have not had that support, ”Espinoza told The Associated Press.

For the past nine months, the 36-year-old has trained alone.

Sometimes that loneliness is not evident with the naked eye. She is surrounded by amateur baseball players, who must be careful not to be hit by one of the heavy bullets that Espinoza throws in precarious conditions as part of her training.

“A high-level athlete does not work in the conditions that I work. You need that multidisciplinary team to work and achieve the objective that is to win, ”he said.

In his previous cycle to participate in Rio 2016, he trained for a year before in Slovenia. In contrast, “now it was more difficult due to the pandemic, because I don’t have the support, because I’m training alone,” said the winner of the gold medal at the 2013 Bolivarian Games in Peru and silver medalist at the 2018 South American Games in Cochabamba

“That has been the difference between Rio and Tokyo,” he said. He was 19th in Rio.

Beyond the training there is also “the day-to-day struggle, of the house’s sustenance,” he said.

Like other Venezuelan athletes, Espinoza had to perform other jobs to support himself.

Her salary as a physical education teacher is around 12 million bolivars a month ($ 3.74) and a couple of scholarships as an athlete add up to just another 10 million bolivars ($ 3.12), which are insufficient to cover basic needs.

In Venezuela, mired in a sixth year of recession and four-digit inflation, wages are set in bolivars and prices are based on their value in dollars. A liter of corn oil, for example, costs $ 3.73.

To alleviate the deficit in his income, he had to “resell” liquor to get extra money, when “the pandemic was strong and the liquor stores were closed” due to the quarantine imposed when in March 2020 the first cases of COVID-19 were detected in the country.

He also uses his vehicle as a taxi, even when he must overcome “fear” of going to places where crime gallops.

Your case is no exception. Rubén Limardo, the Venezuelan fencer who won gold in the individual epee at the London Olympic Games and who has already qualified for Tokyo, revealed in November last year that he had to be employed as a food delivery bike for a online platform in Poland due to the pandemic and crisis in your country.

Limardo, one of two Venezuelans in history to win Olympic gold, aspires to become the first athlete from Venezuela to climb to the top of the Olympic podium for the second time. The other Venezuelan Olympic champion is the boxer Francisco Rodríguez in the light fly category in Mexico 1968.

“Sometimes people judge” severely when an athlete fails to win a medal, “but they don’t know the background, what an athlete goes through” to conquer their dreams, Espinoza said.

He never gave up hope of qualifying for the Olympics, but that possibility was no longer related to his personal best weeks ago. With no new competitions on the horizon, the Tokyo ticket was until Wednesday at the mercy that some other athlete could not attend, while not continuing to fall back in the ranking.

The athlete – who stayed 30 centimeters from the minimum mark to qualify directly – with 1,119 accumulated points, most of them in local tournaments endorsed by the International Athletics Federation. Consequently, it ended up falling from position 27 to 36, in the ranking published on June 22, which took it away from its goal.

Spokespersons for the Venezuelan Sports Ministry were not immediately available for comment.

Espinoza admits that he has gone through moments of great anguish, but he continued “training, preparing myself; asking God ”for the opportunity to travel to Tokyo.

His reward arrived on Wednesday. Through his account on Instagram he said that “the windward black girl appears at the grand gala in Tokyo, my beautiful people !!!!”.

In the letter, he thanked all those who “gave him those words of encouragement and wished many blessings in those difficult moments where he felt faint.”