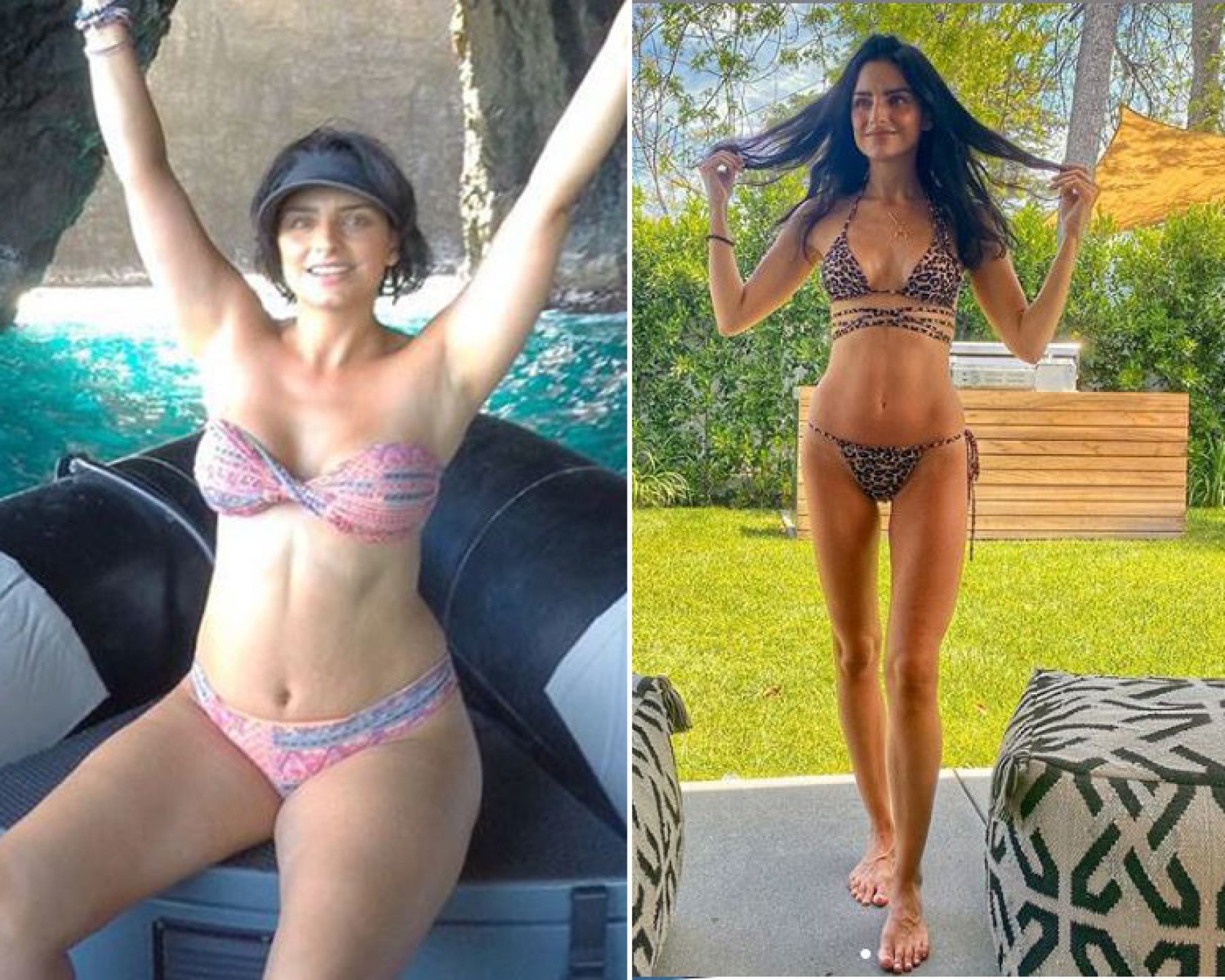 The actress assured that readapting to her body was a long and painful process, she assured that at some point she demanded herself more and she stopped all criticism of her figure.

Now what Aislinn Derbez has been right in the eye of the hurricane after announcing his separation from the actor Mauricio Ochmann, it is not strange that all eyes point to what goes up in their networks; a couple of days ago the actress uploaded a photo in a swimsuit in which she looks very thin, which earned her hundreds of compliments and the occasional criticism.

Without any fear, the daughter of Eugenio Derbez He made it very clear that what others think of her body does not take away her sleep, because, after giving birth to her daughter Kailani, she began a strong battle with herself by demanding too much to return to having a slender figure, as before to get pregnant.

“The body is always something that we care about / care about too much, especially due to the fact that we are hardly comfortable or happy with the body we have. For me the last two years have been a journey of drastic changes in that regard. I had never worried about having to diet or exercise, since I have a very privileged genetics, “the actress from The flower house.

In addition, the comedian’s daughter shared, for the first time, an image of his body after giving birth in which he can be seen with several extra kilos. In his reflection, he acknowledges that in those months he began to demand too much of himself, without appreciating that he had just had his daughter in perfect condition and that the physical could have taken second place.

“Having to deal with a body that I was not comfortable with was completely unknown to me. At those moments I did not realize how demanding, impatient, hard and unloving I was being with my body without understanding that thanks to that wonderful body I had a perfectly healthy baby in my arms, “he said.

He added: “Thanks to my therapist and because I stopped worrying and judging myself, my body began to lose weight. Then, conversely, six months ago with the duel of separation, my body resented it and began to lose weight rapidly. I saw that they ask a lot “What is my diet or my routine”. I have never been fixated on achieving a certain body type. I have never been on a diet or exercise. I started exercising due to a therapeutic recommendation, ”he stated. Aislinn In his publication, in addition, he said that what really worked for him was to stop judging himself and start listening to his own body and let go of the pressures.

To his brave act some famous ones like echoed Sandra Echeverría, who recognized that she was also criticized for her image after becoming a mother.

Aislinn recently released The magic of chaos, a podcast in which he has revealed some of the causes of his separation from Mauricio Ochmann, in the new episode he had as a guest Odin Dupeyron, with whom he exchanged ideas about the separation processes.