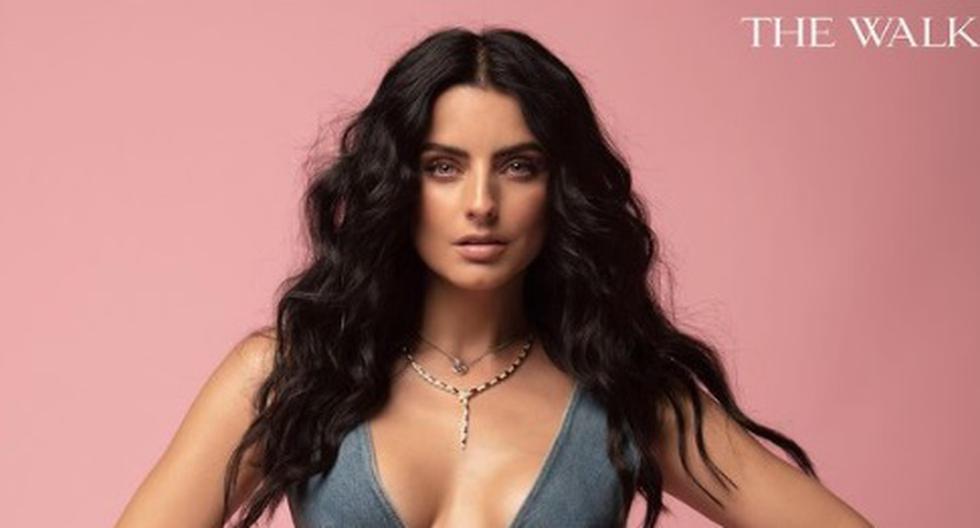 Recently, more details were made public of the separation of the actress Aislinn Derbez and her ex-husband Mauricio Ochmann; through the podcast developed by the same artist. Amid rumors of a possible new relationship, Eugenio’s eldest daughter expressed that she still loves her daughter’s father and denied claims that arose around their divorce.

MORE INFORMATION: Aislinn Derbez and her therapy after divorce with Mauricio Ochmann

The podcast he called “The Magic of Chaos” is the project that was born as a result of the breakdown of his marriage. The actress created this segment with the aim of being able to express herself and help other people understand their processes in a healthier way.

It was precisely in one of his broadcasts, together with his brother José Eduardo Derbez, that he spoke about the happy trip that would have ended their relationship; As well as, he took the opportunity to clarify that the series “On a trip with the Derbez” projected an image of her that is not entirely true.

MORE INFORMATION: Aislinn Derbez does not remember anything about her childhood and tells us why THE END OF THEIR RELATIONSHIP HAPPENED BY THE FAMILY TRIP?

According to the conversation he had with his brother, they both agreed that the family’s trip to Morocco was complicated. In the program, a more intimate side of the Derbez clan was portrayed and after the return, personal changes emerged in its members.

Some fibers were touched in the artists, especially in the 35-year-old actress; This caused the media to blame the program for his divorce; However, the Mexican model assured that the trip did not cause their separation, but other issues that they had not solved at the right time.

These comments denied the statement of his father, Eugenio Derbez, who at the time pointed out in an interview that the end of the relationship was caused by what was shown in the series.

In another broadcast of her podcast, together with the writer and businessman Daniel Habif, the model said that her breakup was not due to lack of love, but because of the decision of one of the parties. They both forgot to be themselves and needed to give themselves a space to rebuild themselves.

“In that transformation of the two, letting go and seeing where we are going, it did change and I don’t think there was no love, because love was impressive and it is still a very strong love and I doubt that it will dissolve,” he commented. Aislinn.

Likewise, he revealed that it was Mauricio who decided to put an end to the couple’s relationship, something that was hard for him to face and described as “The greatest transformation of his life”:

“On that side it was transformation, to awaken absolute and return to my most powerful autonomy and say ‘What did I lose, what happened?’, With a lot of responsibility, because it does require a great responsibility to go through a situation like this without conflict”.

MORE INFORMATION: Aislinn Derbez’s love life was ‘exposed’ because of Camila Sodi DOES ISLINN DERBEZ HAVE A NEW BOYFRIEND?

Although nothing has been confirmed, a few months ago some images of the actress with her little daughter and a mysterious man were made public. After the event, his companion was identified as Jonathan Kubben Quiñonez, who would be his personal coach. It is rumored that the young man has a magnificent relationship with the Derbez, and they would even be sharing as a family.

WHY DOES AISLINN DERBEZ NOT REMEMBER ANYTHING ABOUT HER CHILDHOOD?

While Aislinn Derbez spoke of knowing herself as one of the most important priorities in her life since she was a teenager, she could not express any opinion regarding her childhood, as she remembers absolutely nothing.

According to him, that part of his life or those years are erased from his mind, but he could not specify the exact reason. He does not know if it is because that stage was quite boring or simply his brain crashed due to the occurrence of strong events.

Although he recognizes that his childhood is not “completely erased”, he remembers very little, with nothing to highlight. What she is clear about is that during her adolescence she felt very lost, but she woke up from everything when she went to live in her mother’s house, Gabriela Michel, in her father’s house.

It was there that she realized that life was easier than she imagined and she began to enjoy her present.

WHO IS AISLINN DERBEZ?

Aislinn González Castrejón, better known as Aislinn Derbez, was born in Mexico City on March 18, 1986. She began her artistic career as a model at the age of 15. As for acting, she had her first appearances in feature films such as “Te presento a Laura” (2010) and “El antado” (2010).

Likewise, he starred in five television series inside and outside of Mexico, among which are: “Los Minondo”, “Bad girls” (2011) and “The promise” (2012). He also ventured into the theater with the play “I don’t know whether to cut my veins or leave them long.”

Together with his father Eugenio Derbez, he participated several times in the programs “Al Derecho y al Derbez”, “XHDRBZ” and “Derbez en tiempo”, you enter more participations in music videos and web series.