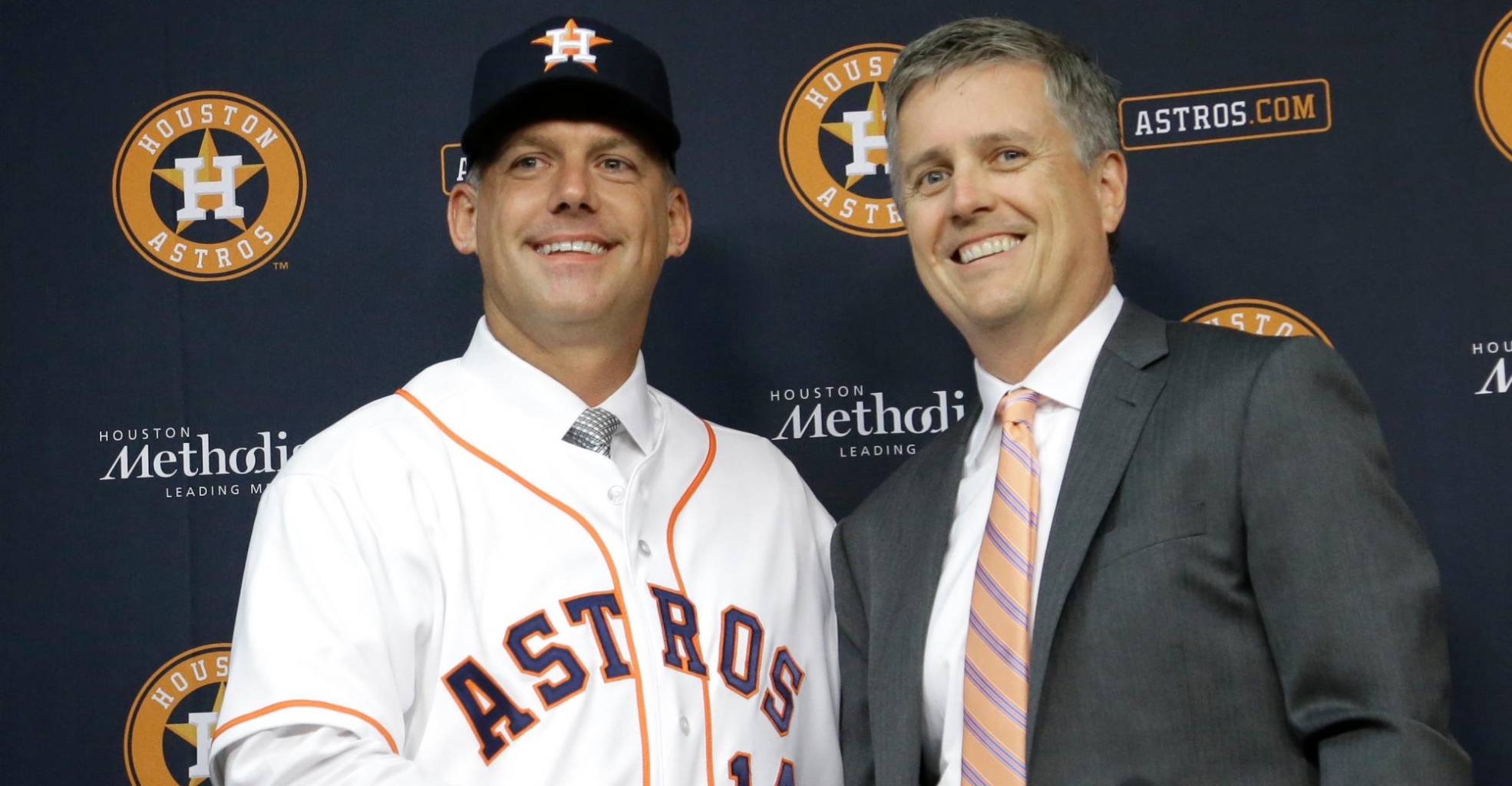 The former Houston Astros manager, AJ Hinch, issued a statement that apologized after being suspended a year, along with former team general manager Jeff Luhnow, of any activity in Major League Baseball.

Both, in addition, were dismissed from their charges by the franchise owner, Jim Crane, following an investigation of theft of signs to rival players.

'I appreciate Commissioner's Manfred's unwavering commitment to defend baseball's best interests. I am sorry to be linked to these events, I am disappointed in the actions of our team during the mentioned period that the events occurred and I accept the decision that has been imposed on me, 'Hinch said in the statement.

'As leader and manager of the majors, it is my responsibility to lead the players and the coaching staff with integrity and represent the game in the best possible way. Although the evidence consistently demonstrates that I did not support or participate in these sign-theft practices, I failed to stop them and I am deeply sorry, 'Hinch acknowledges.

The manager and the manager were dismissed from their charges by the franchise owner, Jim Crane, following an investigation of stealing signs from rival players

The now former former Astros manager also addressed Crane directly to apologize for the negative effects the scandal has caused the team.

'I apologize to Mr. Crane for all the negative ways in which this could have been reflected about him and the organization of the Astros. To the fans, thank you for your continued support during this very complicated time. I apologize to all of you for our mistakes, but I trust that we will all learn from this. Personally, I will work tirelessly to make sure that is the case, 'he said.

Hinch wanted to thank the Astros for the great professional opportunity they offered him and that has been the best of his career so far.

'My days in Houston have given me some of the greatest moments of my career and those memories will always be special for me and my family. I regret that my time at the Astros is over, but I will always support the club, its players, and the staff with whom I had the privilege of working. I wish you the best in the future in this game that I love, 'Hinch said. EFE