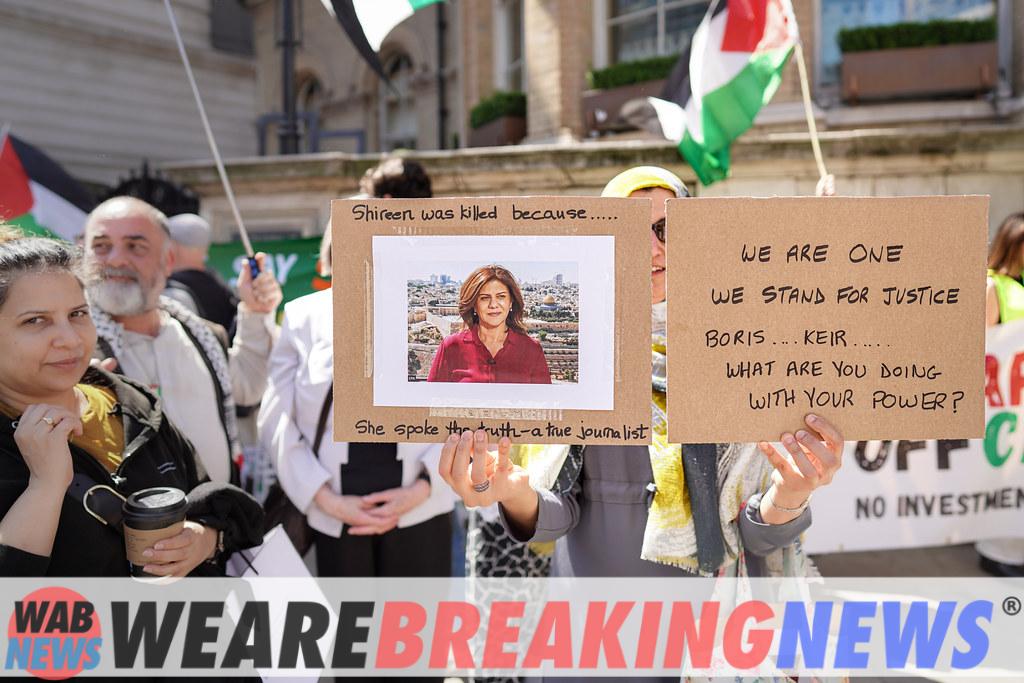 JERUSALEM (AP) — Veteran Al Jazeera Palestinian journalist Shireen Abu Akleh was shot in the head on Wednesday while covering an Israeli military operation in the occupied West Bank. The television network and two reporters who were with her blamed the Israeli soldiers.

Israel’s Defense Minister Benny Gantz promised a transparent investigation, saying he was in contact with US and Palestinian officials. The Israeli military initially hinted that Abu Akleh might have been shot by Palestinian extremists, but Gantz was more cautious on Wednesday night. “We’re trying to determine exactly what happened,” he said. “I have no definitive conclusions.”

He said that Israel asked the Palestinian medical team that carried out a preliminary autopsy to hand over the fatal bullet for examination. The head of the Palestinian forensic institute, Rayan al-Ali, had said on Wednesday that the bullet was deformed and that he could not yet determine who fired it.

Abu Akleh’s death could bring more scrutiny to Israel’s military justice system, which is under investigation by the International Criminal Court for war crimes. It also threatens to worsen already tense relations between the army and the international press.

Abu Akleh, 51, was a respected and familiar face in the Middle East, known for her Al Jazeera coverage of the harsh realities of Israel’s occupation of the Palestinian territories, now in its 55th year. She was well known in the West Bank and also held US citizenship.

His death was felt throughout the region and was condemned by numerous Arab governments.

In the West Bank there was a huge outpouring of grief. In Ramallah, the seat of the autonomous Palestinian government, the body of Abu Akleh, covered with a Palestinian flag and a wreath, was carried through the streets of the city. Hundreds of mourners chanted “with our spirit, our blood, we will redeem you, Shireen.”

On Thursday, a procession is to carry the body for burial in Jerusalem, where Abu Akleh was born.

In East Jerusalem, dozens of mourners gathered at the family home to pay their respects. Lina Abu Akleh, the journalist’s niece, called her “my best friend, my second mother, my partner.”

“I never thought this day would come, when the news would be about her and she wouldn’t be covering the news,” she said.

At one point, Israeli policemen entered the house, where they were greeted with shouts of “murderers”, “occupiers” and “out”. It was unclear at the time why the police rushed to the scene. The agents withdrew.

Some Palestinians gathered Wednesday night outside the family’s home. They carried Palestinian flags and large portraits of the journalist. When the group was walking towards a main avenue, the police tried to stop them and there was a struggle. Five Palestinians were injured and a half dozen were arrested.

Abu Akleh was shot in the head while outside the Jenin refugee camp in the northern West Bank. Israel has carried out police operations there almost daily in recent weeks following a series of attacks inside Israel by radical elements from the area.

Gantz said that the Israeli forces were fired upon by Palestinians from various directions. The military released body-camera video showing forces in the town and heavy gunfire being heard in the background.

Gantz described the situation as chaotic. He said that the soldiers at the scene were questioned, but that the investigation would only go forward with the cooperation of the Palestinian forensic team.

Al Jazeera accused Israel of “deliberately attacking and killing our colleague.” Palestinian journalists who were with Abu Akleh at the time said they made his presence known to Israeli soldiers, and saw no Palestinian fighters in the area.

Abu Akleh’s producer, Palestinian journalist Ali Samoudi, was hospitalized in stable condition after being shot in the back. He said any suggestion that they were shot by Palestinian militants was a “complete lie”.

Relations between the Israeli forces and the foreign media, especially Palestinian journalists, are tense.

During last year’s war between Israel and Gaza’s Hamas rulers, an Israeli airstrike destroyed the Gaza City building that housed the offices of The Associated Press and Al Jazeera. The building’s occupants were warned to evacuate and no one was injured in the attack. Israel said Hamas used the building as a command center, but has provided no evidence.

The outcome of Israel’s military investigation will be closely watched. The International Criminal Court has opened an investigation into possible war crimes committed by Israel in both the occupied West Bank and the Gaza Strip.

Israel does not recognize the court’s jurisdiction and has called the investigation unfair and anti-Semitic.