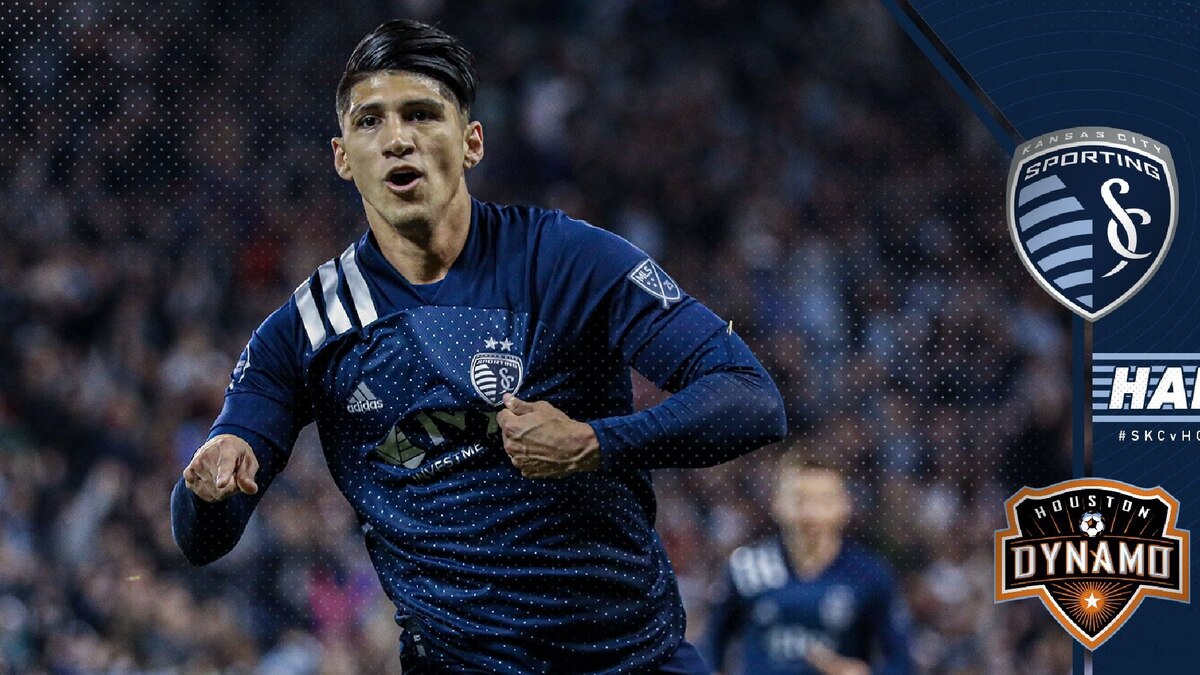 For the second consecutive day, Alan Pulido scored in Major League Soccer (MLS). This time he opened the scoring in the match between his team, Sporting Kansas City and Houston Dynamo, which ended with a 4-0 win.

In the 16th minute, the Mexican striker defined within the area with a straight right, crossed and well placed that the Croatian goalkeeper Marco Maric did not reach.

But the good performance of Alan Pulido did not end there, because he also made his first assist in 3 to 0, overflowing into the area and putting a pass to the center to finish the Israeli player Gandi Kinda, at minute 65.

Finally the fourth goal came at minute 77, through Khiry Shelton, after a series of rebounds in the area after a corner left.

Polished came out of change six minutes from the end, after exchanging his place of Erik Hurtado.

It should be noted that this was the premiere of the former Chivas player at Children´s Mercy Park, home of Sporting Kansas City.

In this way Alan Pulido is gradually earning the affection of the fans, who hopes to celebrate a new triumph, after last week they beat the Vancouver Whitecaps, adding six points and placing so far as leader of the Eastern Conference of MLS.

The next meeting of Sporting Kansas City will be on Saturday March 14 against Atlanta United, at the Mercedes-Benz Stadium.

Pizarro and the first goal in the history of Inter Miami

For his part, Rodolfo Pizarro, former player of Rayados de Monterrey, premiered with goal with the nascent Inter Miami, in the match against DC United, where his team won as a visitor 2 to 1.

The target came just at minute 2. David Beckham’s team took the lead on the scoreboard thanks to a great counterattack play. American striker Robbie Robinson started the counterattack from behind the midfield. With great skill, before reaching the large area, he leaked the ball to the Scotsman Lewis Morgan. He toured the right wing inside the area and, when he reached the bottom line, sent a low center so that Pizarro only pushed the ball into the net.

This was the first three points of the team led by the Uruguayan Diego Alonso, because in the previous day they fell 1-0 against Los Angeles FC, of ​​the Mexican World Cup Carlos Vela.

The next game of “La Rosanegra” will be on Saturday March 14 against Los Ángles Galaxy, commanded by Javier “El Chicharito” Hernández.

It was precisely the latter who did not have a very good day. Well, despite the fact that thousands of Mexicans were present at Dignity & Health Sports Park to support him, including Mexican actor and comedian, Eugenio Derbez, “El Chicharito” still can’t find the goal.

In addition, his team was defeated by falling 1 to 0 against Vancouver’s Whitecaps, at the Home Depot Center in California. The local team, led by the Argentine Guillermo Barros Schelotto, had greater possession of the ball and sought goal options, but lacked forcefulness against the rival goal.

For his part, Jonathan Dos Santos reappeared with the Angelino team in the starting lineup and left the second half for Perry Kitchen.

This Sunday, March 8 at 8:30 p.m., the city’s other team, Los Angeles FC, will play on stage, who will play against the Philadelphia Union.