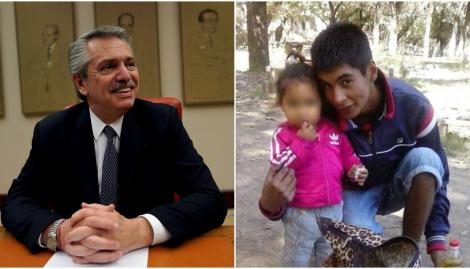 Alberto Fernández echoed one of the issues that generated the most stir in social networks after the elections in which he was elected president of Argentina. This is the act of discrimination suffered by Brian Gallo, a young man who worked as a table authority. A voter took a picture and made fun of the way he was dressed.

"The country that is coming will leave prejudice and discrimination behind," the leader of the Front of All wrote on his Twitter account. In his publication, in addition, he attached a journalistic note that gave account of the comments that the boy received for being dressed in a cap and a sports jacket, next to the urn that was in charge.

"We are all Brian," Alberto Fernández finished, in solidarity with Gallo, who himself said he was summoned to chair the 690 table.

Seeing that the image had been viralized in the networks, in many cases being used as a meme with comments in which it was stigmatized, the mother of the 27-year-old was also expressed. "My son was never a jet," he wrote, as a download, on his Facebook account.

"I don't understand why there are people so but so lifeless that they want to make others dirty. Gentlemen, thank God my son was never a squirt and was always very humble and still is, he is very good to the point that he does not even speak" , Veronica wrote, alluding to Brian.

Gallo himself went out on Tuesday to cross everything that was said during the last two days and said he will start a lawsuit: "I am not a jet, or anything. The only one that banks me is my old woman. I will make a demand for Damages and prejudices".

The young man explained that "he was president of the table by obligation" and said: "It was my responsibility to be there and I complied." "It's the first time something like this happens to me," he added in dialogue with Crónica TV.

Unlike the large number of images of voters and table authorities that filled the Internet during the elections, that of Brian Gallo became the focus of discriminatory expressions. "If you vote in Moreno, do not carry things of value", "Vote because I rob you" and "Vote and leave me the celu", were some of the messages that his cousin, Oriana, discovered during the afternoon on social networks.

Meanwhile, his cousin also expressed himself. "The only thing I can say is that I am ashamed as a society. They stigmatize a person who wears sports, who wears a visor," he wrote in a post and finished: "Education is a word that does not appear in each one's life. of the people who made fun of him. "