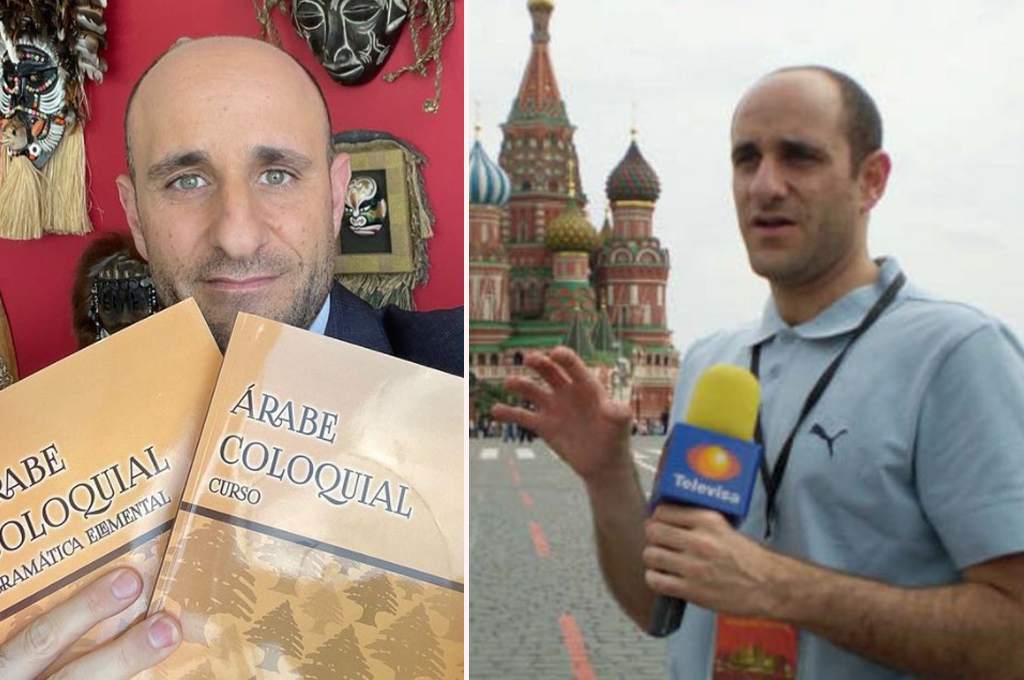 Alberto Lati is a renowned Mexican journalist, noted for speaking up to 13 languages ​​and writing five books at the age of 43. He is admired by his colleagues and audience for his ability to tell stories beyond sports and his countless trips around the world.

Lati worked for several years for Televisa and is also remembered because she used to arrive between 6 and 12 months before in the host cities where the Olympic Games or the World Cup would be held.

In those moments, the communicator felt vital to the company. However, as soon as all his “more famous” colleagues arrived, he felt displaced on and off cameras.

“I was the owner of each city and of my times, but when the event arrived, it seemed like Eugenio Derbez’s concierge, the Compayito, the commentators and even López Dóriga because everyone asked me everything, they asked for advice on everything in the city.” , Lati tells in an interview with Toño de Valdés on YouTube.

And he adds: ” In Athens I had to rent motorcycles for everyone, in South Africa I processed permits to bring animals into the studio, in Beijing I went to see the shows to hire them for the program.

Next, Lati recounts the crisis she experienced on television: ” My main problem was that my role during each event was never clear. I went into a crisis because I went from being the most important for a year and a half to being a nobody, they wanted to put me to present the referee’s analysis and I was not there for that. I had those crises all the time on Televisa and they were never fully resolved. ”

For many, the journalist’s job is the “dream”, but he relates that he suffered anxiety and sadness from being away from his loved ones for so long. That was why he reached a point where he dared to tell the owner of Televisa that he was already tired of this situation.

Martinoli and the ugly experience for which he resigned from Televisa

Lati told Emilio Azcárraga that he no longer wanted to travel, but the most powerful man in the company gave him compliments that remain in his memory to this day and that is why he gave his arm to twist to go to the city of Beijing for almost a year before the 2008 Olympics. “

“On the way to Beijing, I didn’t want to go through a one-year process. I had a crisis in which I understood that I could not live changing countries forever, I was heading towards my 30s and I wanted to make a path without having to change countries so constantly, ” he recalls.

” I went to a meal with Javier Alarcón, Emilio Azcárraga, Pepe Bastón and Bernardo Gómez. Finishing the meal, Alarcón very subtly tells me: ‘You go with them.’ And I was with Emilio for an entire afternoon talking, everyone told me how important what I did was and how we were making history, I always had great support from Emilio until the last day. Me with the chaos in my head and wanting to tell them that I no longer wanted to travel, but that people of that weight tell you how important you are and that they asked me to go to Beijing … ”

His first event outside of Mexican lands

Euro 2000 was the first international event that Alberto Lati covered for Televisa. But then there was a revolution in the sports area with the new leadership of Javier Alarcón, who explained what it was like to work with him and the great task he gave him to go to Japan for the 2002 World Cup.

“The Sydney Olympics, for the public perception, were not good for Televisa, which at that time was not even Televisa Deportes, in the ratings they were not positive. Javier arrives with a large budget and drive for a revolution, he brought a level of very ambitious ideas, but sometimes messy and disjointed, “he explained.