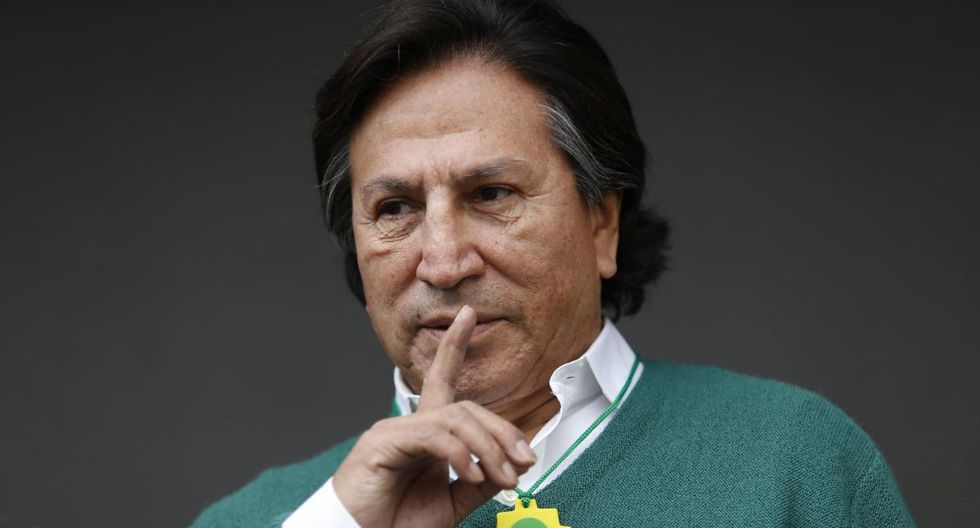 On Monday night, the prosecutor of the Northern District of California, Elise LaPunzina, sent the emergency motion necessary to nullify the release on bail of Alejandro Toledo, which was scheduled for Tuesday. In the document, it details the new prison conditions of the former president.

This document states that Toledo made more than 100 calls for 10 days, from October 11 to 21. However, it does not detail to what numbers or to which countries it has communicated.

"[Toledo] has unlimited access to make phone calls during his recreation time, which he has taken advantage of to make more than 100 calls, including international calls," LaPunzina details, based on the information sent by the prison authorities.

Although it was already known that Maguire's prison is much friendlier than that of Santa Rita – where Toledo was held for almost three months – with this it is possible to know the specific regime to which he has been assigned and the privileges that this implies.

In any case, the new prison conditions of the former president must be evaluated by Judge Vince Chhabria between today and October 29. If he determines that they still affect his mental health as the previous ones did, Toledo will be released with a shackle attached to his loss on October 29. If not, he will remain in jail while his extradition process is taking place.

The main difference between Alejandro Toledo's prison conditions in Maguire and those he lived in Santa Rita is his contact with the outside world. While in his previous prison he was under an isolation regime that allowed him an extremely limited interaction, today the former president has access to all the calls he wishes and two visits per week, which have already been taken advantage of by his wife.

“In a previous hearing, the Court [Judge Chhabria] determined that he was being presented with an election that only contemplated solitary detention [in Santa Rita] or bail. That is no longer the case. On October 11, Toledo was transferred from the Santa Rita prison to the Maguire prison in San Mateo County, "argues LaPunzina

This statement seeks to respond to what Toledo's lawyer, Graham Archer, said in a hearing held last Thursday: that Toledo was also in isolation in Maguire, and that his wife had not been able to visit him. The latter, however, was due to the fact that all prison visits had been temporarily suspended and not because the former president's regime prohibited them.

[Toledo] has unlimited access to make phone calls during his recreation time, which he has used to make more than 100 calls, including international calls. ”
Elise LaPunzina, US prosecutor

"Because they call you on the phone will not necessarily improve your health status," replies El Comercio Heriberto Benítez, Alejandro Toledo's lawyer in Peru.

As indicated, it is still pending that the defense sends its reply to the motion sent by the prosecutor, and that Judge Chhabria ponders both documents. "Even the judge could ask for some new medical expertise to determine his mental health," he said. The judge has until October 29 to give a second instance verdict.

The tax document also specifies that Toledo now has "the same visitation rights as the other inmates in Maguire." This means – he clarifies – that he can receive two visits per week, from friends or family.

Since the visits to the prison were restored, his wife Eliane Karp has attended twice: on October 18 and 19.

In an attached document, the officer in charge of classifying inmates in Maguire John Bagis also specifies that Toledo is no longer in isolation.

“Protected custody is a regime designed to protect the inmate from the general population of the prison. It is a protective measure that is taken for safety reasons. Although in protected custody, Toledo is not classified under an administrative segregation regime [or solitary confinement]. If it were, it would be hosted in a different unit. Your cell would be smaller and have less recreation time. He would not have access to the special room or the semi-private shower [which he has now], "he says.

-A cell bigger than the rest-

Access to telephone calls is not the only privilege that the former president has accessed after being transferred. In addition, it has a larger cell and more patio hours than common inmates.

Toledo – details the motion – shares his area of ​​imprisonment with 16 other inmates and the shower with just one more. However, he and the inmates of three other cells have access to the room known as “Day Room”.

“Your unit is reserved for high-profile inmates in protected custody, as well as inmates who require some type of medical care,” says LaPunzina. In a letter sent to the court, if a former psychiatrist in Santa Rita detailed the conditions of deterioration of the former president's mental health.

The sketch attached by the US prosecutor summarizes the place where Toledo is being held today. The area designated as "Med 4" is his cell and the room called "Day Room" is where he spends his days watching television, according to a prison officer.

In addition, Toledo has the right to “three or more hours outside his cell per day, which is equal to or more at the time of recreation of the general population of Maguire,” says the prosecutor. The recreation room attached to your cell is additional to this patio time. “Inmates in your area can choose whether they spend recreation time in the yard or in the room. The room includes a TV and sofas, ”says Bagis.

It also indicates that so far Toledo has spent time outside his cell alone, "but with the authorization of the sheriffs service and at your request, you can have your recreation time with other inmates in your area from this week." "[Toledo] interacts with prison staff regularly and has been observed watching television and spending his time outside his cell," he adds.

In his motion, LaPunzina again emphasizes the million dollars found in the accounts of the Toledo-Karp marriage in June, one month before the former president was arrested. With this, he says, he seeks to contradict the defense's argument that says that with a shackle with GPS the risk of leakage would be limited.

“As demonstrated in the motion we sent to reconsider the [free] public attorney on October 17, the claim that Toledo does not have access to significant sums of money is incorrect. In fact, Toledo has access to approximately one million dollars in his wife's accounts and in a local bank, ”says the resolution.

In the next few days, Judge Chhabria must define the hearing in which he would determine if Toledo's new prison regime is suitable for his mental health, and if he will remain in prison during his extradition process. If this is the case, the next hearing is scheduled for November 14. Otherwise, a bond must be established on October 29.

Heriberto Benítez told this newspaper that he will not give details about the content of the motion that Toledo's defense will send for a strategy issue. He assured, however, that the document will be sent soon.