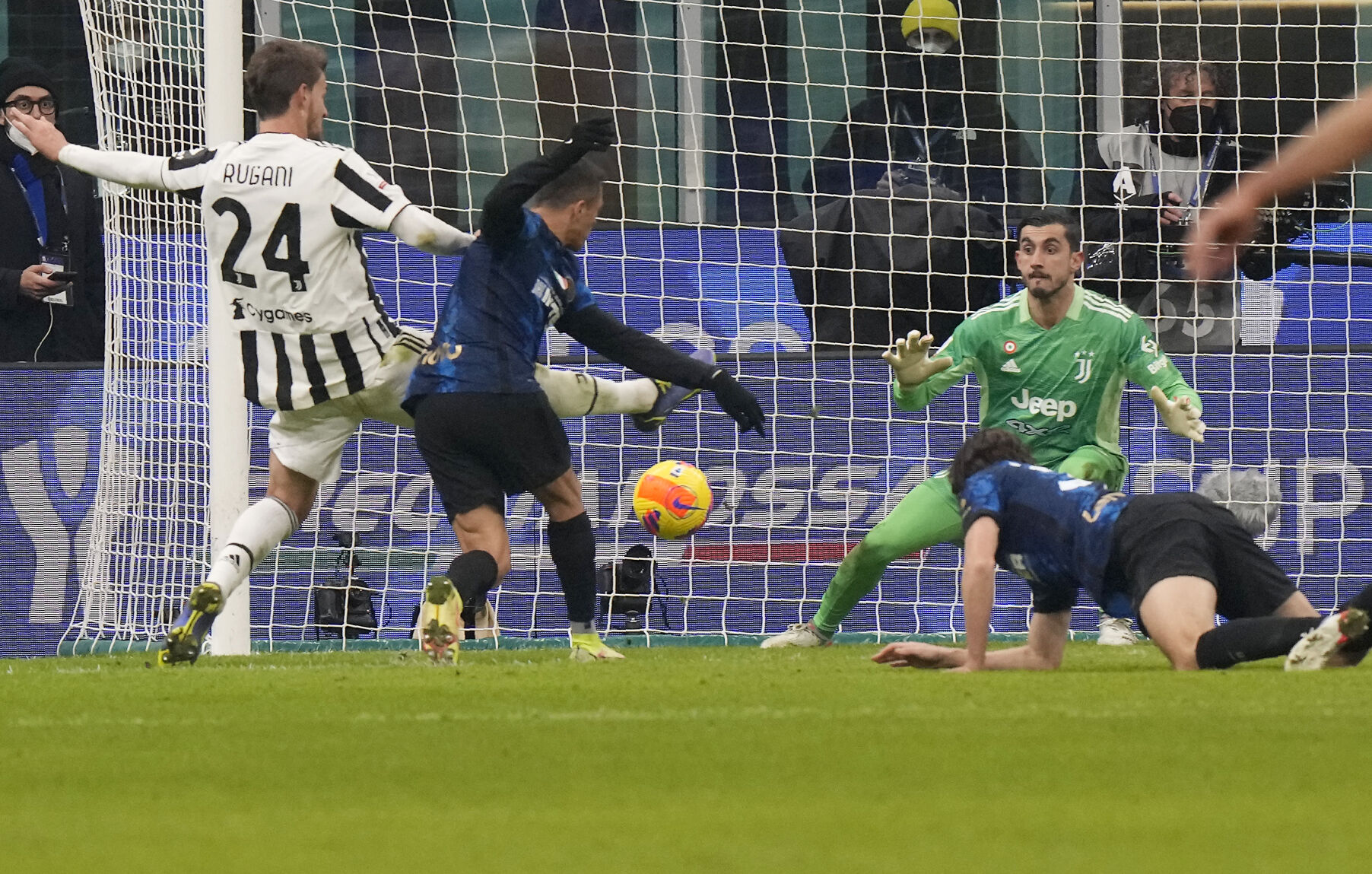 MILAN (AP) — Alexis Sánchez came on as a substitute and scored on the final play of the game as Inter won the Italian Super Cup on Wednesday with a 2-1 win over Juventus in extra time.

The Chilean’s goal, aided by a mistake by Juventus’ defense, sparked a wild celebration at the San Siro. Practically all the occupants of the Nerazzurro bench ran onto the pitch to hug Sánchez in a corner.

Argentina’s Lautaro Martinez had converted a first-half penalty to level the score, opened by Juve’s American midfielder Weston McKennie in an entertaining match that awarded the first trophy of the campaign.

Sánchez has scored three goals in his last five games. This time, he entered just after 75 minutes.

“I thought I would play because I am fit. I was hungry to win something,” Sánchez said. “I was like a caged lion, if they let me play I become a monster.”

Juve, the defending monarch, holds a record nine wins in the Italian Super Cup. However, this was the first time since 2012 that he had advanced to the match as Coppa Italia champions and not as winners of Serie A, where Inter and his former manager Antonio Conte snapped a run of nine successive coronations last year.

Inter leads the league again, with an 11-point advantage over the “Vecchia Signora”, who had a poor start to the campaign.

“Sometimes football seems like an invention of the devil. We made a silly mistake at the end,” Bianconeri coach Massimiliano Allegri lamented. “The defeat hurts us. Losing should give us the fury to take advantage of it in the league, the Italian Cup and the Champions League”.

Inter strategist Simone Inzaghi extended his impressive run against Juventus in the Super Cup. He had won his two previous duels in the competition against the Turin team in 2017 and 2019, as coach of Lazio.

Juventus lacked several players due to injuries and punishments. Goalkeeper Wojciech Szczesny was left on the bench, as he only recently received his second dose of the COVID-19 vaccine and therefore could not be in contact with his teammates until shortly before kick-off, given the rules that came into play. in effect on Monday in Italy.

Just when a penalty shootout seemed inevitable, Alex Sandro tried to chest the ball to Giorgio Chiellini. Instead, he gave Matteo Darmian the opportunity to lift the ball to Sánchez, who finished.

Atalanta became the first to qualify for the Italian Cup quarterfinals with a 2-0 win over Venice.

The team led by Gian Pero Gasperini will face Fiorentina or Napoli in the round of the best eight.

Colombian Luis Muriel gave the Bergamo team the lead in the 11th minute, with a controversial goal, awarded after a lengthy review by video arbitration (VAR), to determine if he had controlled the ball with one arm.