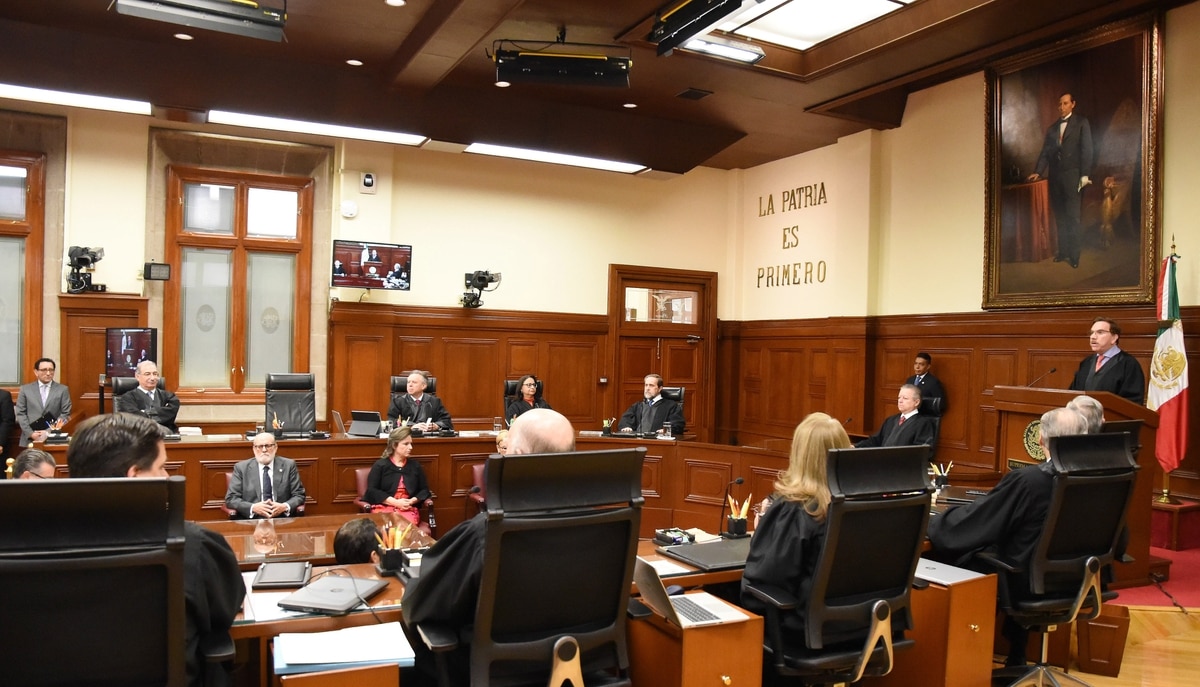 The resignation of Eduardo Medina Mora as minister to the Supreme Court of Justice of the Nation (SCJN) has opened a new political crisis in the face of the question of who will be his substitute. The possibility that the new appointment gives President Andrés Manuel López Obrador greater power in the judicial body is latent, and this has been seen by opposition politicians.

Members of the National Action Party (PAN), Democratic Revolution Party (PRD) and the Institutional Revolutionary Party (PRI), have made public their dismay at the possibility of "absolute control" by the Mexican president at both legislative and judicial.

On other occasions the actions of the president have revealed his intention of wanting to obtain a majority in the Supreme Court. In this regard, it is recalled that in December 2018, the three candidates he appointed to replace Minister José Ramón Cossío Díaz were very close to him, and at least two, members of the National Regeneration Movement (Morena), the party he founded. In the end, one of his nominees was elected minister, it was Juan Luis González Alcántara Carrancá, who was a candidate for the prosecution and president of the Superior Court of Justice when Obrador was head of government of Mexico City.

In March of this year, senators approved Yasmín Esquivel Mossa to join the highest court in substitution of former Minister Margarita Luna Ramos. His election was also controversial, as he is the wife of businessman José María Riobóo, who is an advisor to the president and is in charge of the works of the new airport in St. Lucia.

These two direct antecedents give an indication of what could happen with this third appointment. Telésforo Nava Vázquez, a doctor of Latin American Studies and an academic from the Universidad Autónoma Metropolitana (UAM), elaborated on these concerns in an interview for Infobae México.

According to his analysis, the Tabasco has the "view" in the SCJN. Hence, it would even be considered to increase the number of members in order to obtain a majority. So far that has not happened, but the following appointments are key for something like this to happen.

However, Nava explained that the replacement of Medina Mora is not enough for Obrador to obtain a de facto majority. "More changes would be needed, but it is significant that they remove it because it came to power with former President Vicente Fox, who put it to CISEN (Center for Research and National Security) and then came to the Supreme Court with Enrique Peña Nieto," the academic added.

His conclusion is that Medina Mora maintained a vision related to the government of the previous six years, and that at this time he had been playing as a counterweight to the court. Seen this way, his departure would mean, in Nava's words, a "purge" with a view to "taking control of the SCJN."

The next move in this case, he said, would be to put a person close to López Obrador in place of Eduardo Medina. And in parallel, go paving the way to ratify its majority in the Congress of the Union by 2021 and get if possible the necessary number of seats that allow reforms to the Constitution without relying on opponents.

"He is working to have total control," Nava finished. Similar thinking has Alejandro Madrazo Lajous, a researcher at the Center for Economic Research and Teaching (CIDE), who in an interview for Infobae Mexico assured that Medina Mora's resignation gives López Obrador a new opportunity to further concentrate political power.

"One more appointment, he already had two, and another one he will have in 2021 … So we will have a president with an excessive weight after the new formation of the Supreme Court of Justice of the Nation," said Lajous.

For the academic, who was the promoter of the movement "Without quotas or cuates", this excessive power of the president discredits and weakens the judicial body, in addition to harming the democratic exercise of the country, because it takes counterweights to have credibility.

Medina's resignation is already a fact, hours after it was made public, the president accepted his departure from the Court. Ricardo Monreal Ávila was in charge of confirming the news, so it is now in the hands of the Senate.

Once this happens, Obrador may send a list of candidates for the Senate to interview and approve. The Senate has 30 days to discuss the proposals, and if they are not accepted, the president must send a second round of candidates.

If no one were accepted on that return, López Obrador could designate any official directly.